Who says kitties are spoiled? Well, they’re right! But why do we spoil our cats? Because they deserve every second of the spoiling thanks to the love and contentment they bring to their families.

Even if a kitty is a feral cat, the joy people feel at their visits is a warm and fuzzy thing. So, to spoil his most deserving feral cat, Steve Cassano pulled out all the stops and built a cat house with heat and a night vision camera to ensure this sweet Mama had a warm and cozy place all her own. 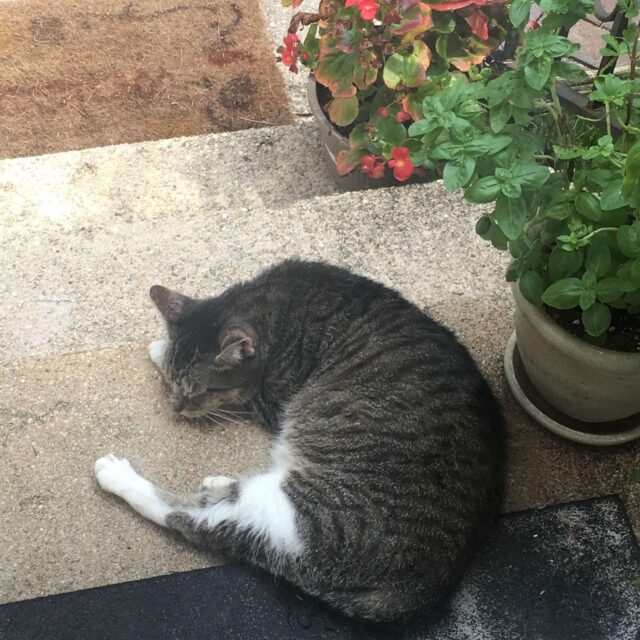 It all began when Maria, Steve’s daughter, spotted Mama Cat carrying her kitten across their backyard. Maria worried Mama wasn’t getting enough food for her body to make enough milk for the baby. When Maria wanted to put out food for the stray cat, her dad was against the idea at first, but who can say no to a daughter trying to better the world?

Soon, Mama Cat was getting regular eats from the Cassano family, and she’d also stolen more than just Maria’s heart. Steve had fallen for the sweet mom, too.

When the time came to leave her nest, Mama’s healthy little kitten found a forever home with a neighbor. As for Mama, she was still attached to the Cassanos and the food they kept offering. But as the days grew shorter, they worried their stray friend might not have a warm place to weather the colder seasons.

Steve couldn’t bear the thought of their feline friend being cold, so he brought an idea to life to keep her nice and cozy.

As Maria told The Dodo, “My dad’s pretty handy and although he’s ‘not a fan of having pets in the house,’ he’s a really empathetic guy and he loves to help out.” “So when his girlfriend and I started to worry about the cats surviving the cold weather, my dad ordered the elements for a heated cat house, covered it with waterproof materials, built a base for it and put it out in the backyard.”

Mama Cat was quite happy in her toasty hut, but she soon had a second occupant with her. The stray cat had given birth to another kitten, and once the Cassanos realized it, Steve upgraded the cat cabin with a night vision camera to keep an eye on the furry family. The pictures captured by the camera proved priceless. With a second kitten already born, the family knew they needed to go ahead and put an end to Mama’s ability to keep being a mama. Maria and Steve managed to catch both wild kitties and took them to a shelter to be neutered.

“It was fall, and the shelter said that Mama would be fine to return, but the kitten was likely too young to survive the winter if left outdoors,” explained Maria. “However, he took well to being handled by humans.”

Maria learned this firsthand by fostering the kitten until he was ready for a forever home.

With her baby cared for, Mama was happy to be back in her yard with her cat house. And pretty quickly, she picked up some new roommates. Black cats Inky and Finky have become Mama’s best buddies, but they all keep to themselves. Maria knows these feral cats won’t be tamed, but they are happy and cared for with the humans giving them a comfy place to be cats. 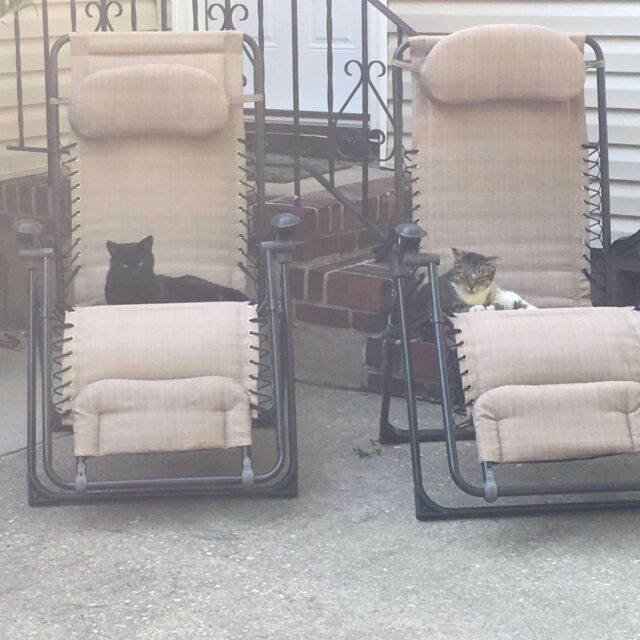 “They won’t come inside or let us touch them — but they recognize us, nap on the stoop [or] in the lawn chairs, coexist with us in the backyard, and sometimes come up to the window when it’s time to eat.”

As time has gone on, Maria shared, “We’ve gotten a few more houses and a ‘cat igloo,’ so all of our residents can stay warm. I jokingly refer to them as ‘Steve’s Cat Condos.’”

Everybody had a cozy place to nap and snacks to fill their bellies. For feral cats, that’s deluxe living! 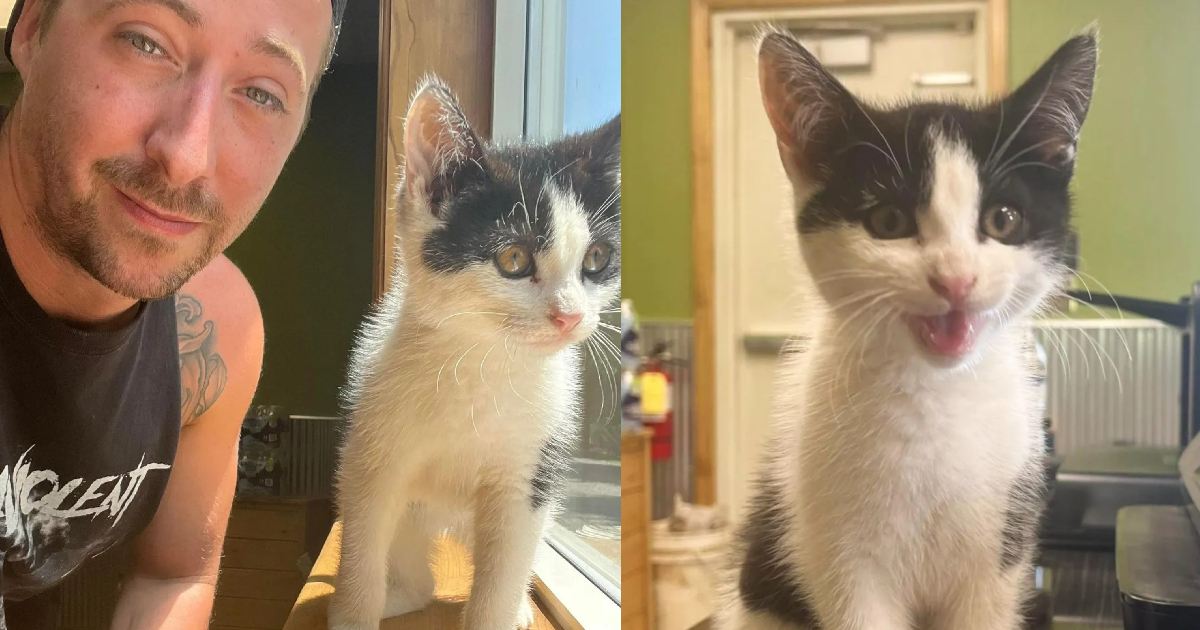 Senior Cat Waves At Potential Adopters Hoping To Be Noticed 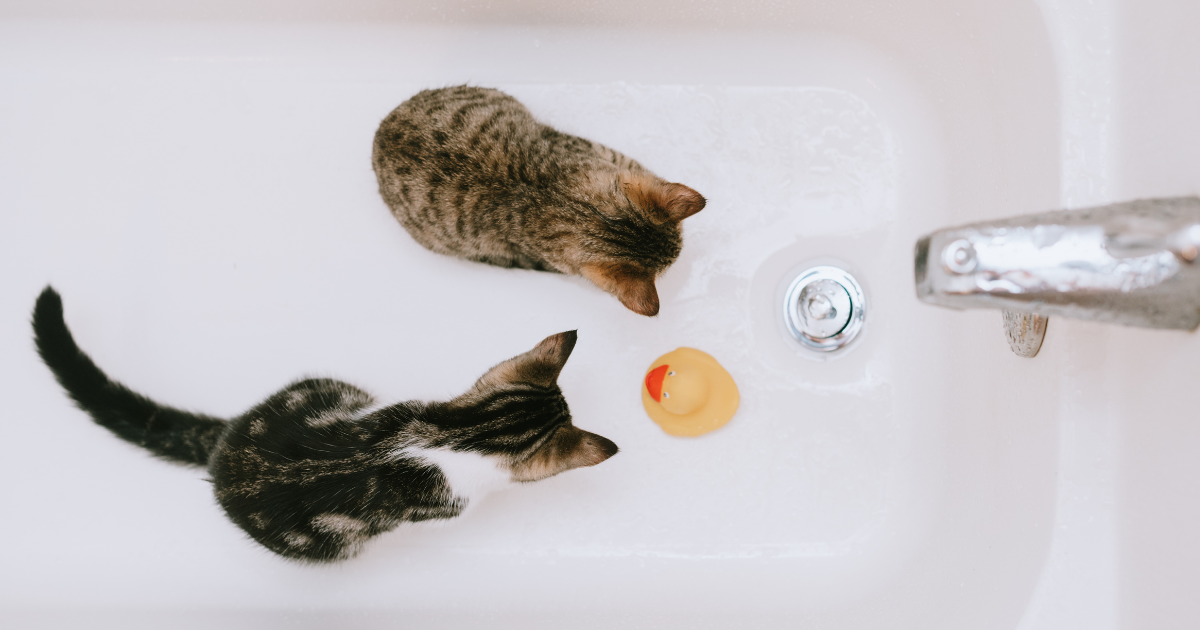 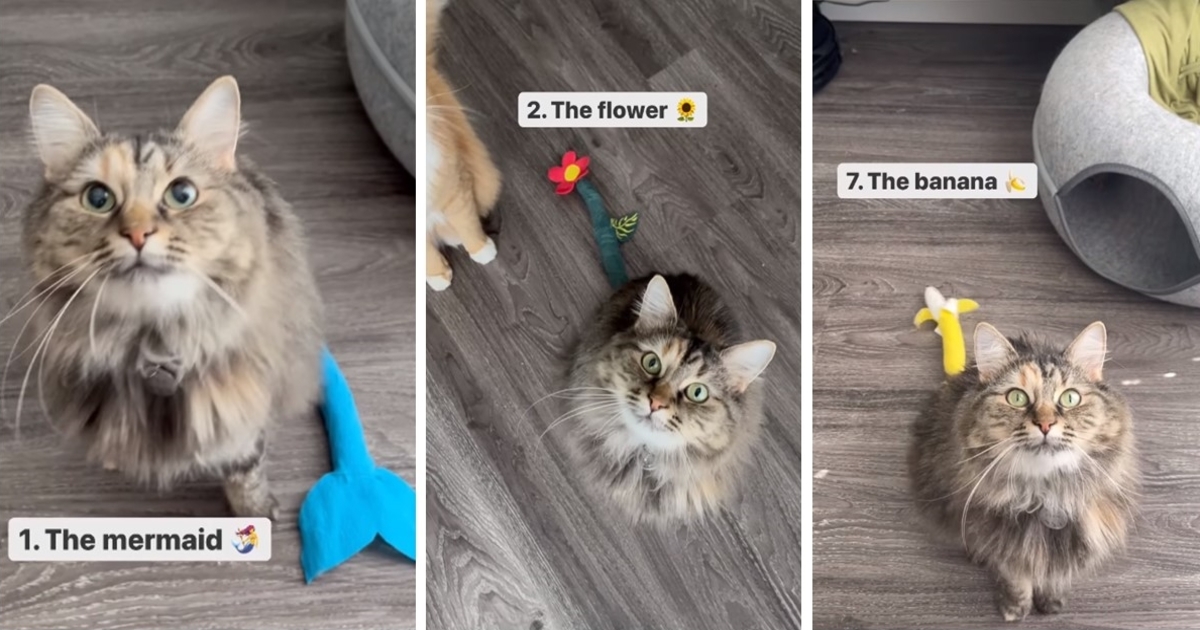