Ask any veterinarian, animal scientist, or experienced pet owner and they will tell you the same thing: cats are far more graceful than their canine counterparts.

Their natural tendency to land on their feet is more than just an interesting feline trait, it is a vital evolutionary survival mechanism. It is no coincidence that our companion kitties often seek higher ground. Their wild ancestors live, hunt, and sleep high up in the trees – and sooner or later, they are bound to fall. To account for this, and allow them to survive a broken branch or a misjudged leap, cats evolved an innate ability known as the “righting reflex.” 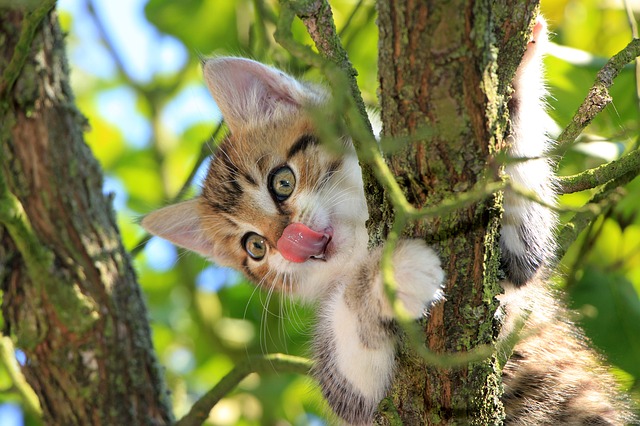 Basically, from the moment they’re in the air to the instant they hit the ground, cats’ bodies are designed to survive high falls with little to no injury. In addition to their incredible sense of balance, cats also have extremely flexible spines – thanks to extra vertebrae and musculature – allowing them to quickly twist their bodies into a righted position during a fall.

“Everything that lives in trees has what we call an aerial righting reflex,” says Robert Dudley, a biologist at the animal flight laboratory at the University of California – Berkeley. “They splay out their legs, which is going to expand the surface area of the body, and that increases the drag resistance,” he says.

A falling cat will instinctively “flatten out” its body like a parachute creating more air resistance and slowing their progress. Several other aspects of the feline anatomy are custom designed to provide a soft landing. Cats have small bodies, delicate bone structure and thick fur, all of which help to decrease their terminal velocity. When they land, their muscular legs and extended claws act as shock absorbers.

Unfortunately, cats do not “always land on their feet” and they are not immune to injuries from falls. In fact, falling a shorter distance of seven stories or less tends to be more dangerous for a cat than falling from a higher distance.

A 1987 study in the Journal Of The American Veterinary Medical Association looked at 132 cats that had fallen from New York City High rises and survived. More injuries and deaths occurred from the seventh story than any other height up to 32 stories. 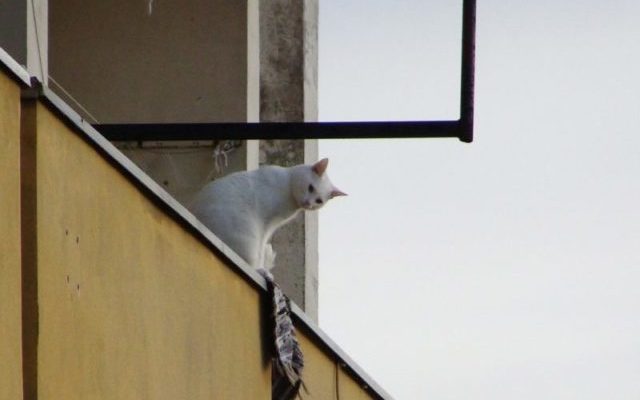 The researchers believe this is because cats reach their terminal velocity around this point and stop accelerating. They then relax into the “parachute” position to absorb maximum impact.

Despite their remarkable aerial skills, kitties can still be injured in a fall. Always take precautions to ensure your favorite feline stays safe around windows and balconies. 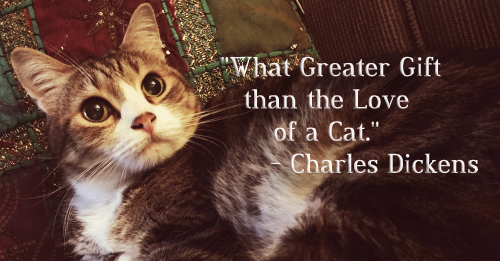