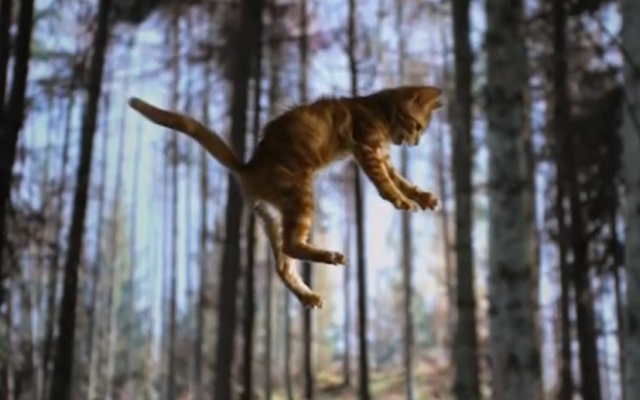 Ask any veterinarian, animal scientist, or experienced pet owner and they will tell you the same thing: cats are far more graceful than their canine counterparts. Their natural tendency to land on their feet is more than just an interesting feline trait, it is a vital evolutionary survival mechanism. It is no coincidence that our companion kitties often seek higher ground. Their wild ancestors live, hunt, and sleep high up in the trees – and sooner or later, they are … Read more The cool, crisp days of fall are just around the corner. It’s almost time for fuzzy socks, throw blankets, cozy hoodies and hot cups of coffee – or tea if you prefer. These 12 adorable kitty-themed items will have you ready to snuggle up with a good book (and a great cat) right meow!   1. Cat Ears Fuzzy Socks There’s nothing like a cozy pair of socks to warm your icy toes on a brisk fall day. These soft, … Read more In Minneapolis, a curious kitten was able to shimmy under a cracked open window and fall from a 17-story apartment building. When owner John Knuf arrived home from the grocery store, he found his 7-month-old orange tabby, named Brennan, lying on the fourth-floor landing. Although a screen was in the window, the kitten had somehow found a safety flaw. The distraught owner climbed out on a fifth-floor ledge to rescue the kitten, who initially, was not moving. But when he picked … Read more