Trap, Neuter, Return (TNR) groups do as their name suggests: they humanely trap feral cats in their communities, spay or neuter them, then return them to their colonies. Feral cats (unlike strays) weren’t properly socialized and will hold a deeply-rooted fear and distrust of humans. Because of this, they generally won’t thrive in a home or shelter. Often, the most humane thing we can do for feral cats is love and care for them from a distance (with occasional medical care), and that’s exactly what TNR groups do. Did you know that TNR groups usually do much more for community cats than simply spaying and neutering them? #1 – Spaying and neutering
TNR groups work with veterinarians in their communities to provide spay and neuter procedures to stray and feral cats. Spaying and neutering these cats effectively puts an end to breeding cycles and prevents future generations of kittens and cats that are fighting to survive. #2 – Adoption when appropriate
Despite what their name suggests, not all cats that have been trapped and spayed/neutered by a TNR group will be returned to their colonies. A part of the TNR process involves assessing if a cat is truly feral or whether it is able to be adopted into a home. TNR groups work closely with shelters and rescue organizations, which allows them to get socialized cats on a track towards adoption. This is particularly important for young kittens, who are young enough to be properly socialized and homed before they become feral. #3 – Medical care
Most spay/neuter appointments will also involve an examination to get an idea of the cat’s overall health. During these appointments, stray and feral cats routinely receive care for injuries, infections, and other health issues. #4 – Feeding
TNR groups often have members who have agreed to care for specific colonies of cats. Often these cats reside in the caregiver’s own neighborhood. Scheduled daily feeding times are a great way to make sure the cats are well-nourished, and it also gives the caretaker a chance to get a daily visual of the cats, which can help alert them to any new health concerns or missing kitties. #5 – Fresh water
It’s hard for feral and stray cats to access clean, fresh water. Without help, many will resort to drinking from puddles, which can be filled with toxins like fuel and motor oil. It can be even harder for cats to find water in the winter, when everything is frozen. Along with food, TNR caretakers provide fresh water for feral colonies, and often find creative ways to keep water in liquid form during the coldest days of winter. #6 – Warm shelter
Without insulated shelters, feral and stray cats are at a significant risk during the winter months. Many TNR groups build insulated shelters to give their local colonies safe, warm places to curl up away from the harsh elements. #7 – Noticing changes
As mentioned above, working so closely with their local stray and feral cats gives TNR caretakers the opportunity to notice if a cat has gone missing or if there has been a change to a specific cat’s health or temperament. Being able to quickly notice and address an illness or injury gives the cats the best chance or survival. Have you ever noticed a cat who has a “tipped” ear? TNR groups use this method to alert other rescuers to the fact that the cat in question has already been spayed or neutered. Trapping a feral cat isn’t easy for the cat or volunteers, so having this cue can help TNR groups know which cats still need to be trapped and which have already been taken care of with minimal stress and backtracking. #9 – Community awareness
Active TNR groups help educate their communities about feral cats, the benefits of TNR, and how community members can help care for their stray and feral colonies while working to prevent future generations. 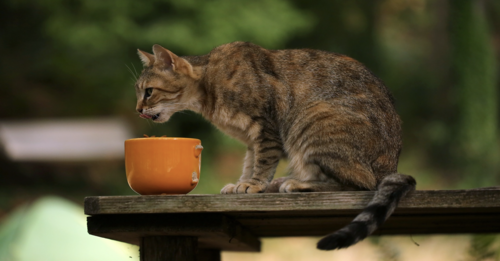 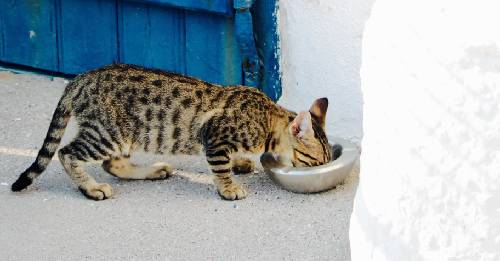