Tabby cats have been wandering the world for centuries on centuries, but these striped lovelies only collected the name that describes their pattern some 500 years ago. The word “tabby” originated from al-‘Attābiyya, an area of 16th century Baghdad known for its production of a “a fine, striped silk taffeta,” according to National Geographic. While we know the origin behind the tabby cat’s title, the silky fine name doesn’t explain the why behind those stripes.

For tabby cats to be the wide and well-known feline phenomena they are, the answer to their stripes has evaded humankind. Tales of how the tabby cat got its stripes have been circulating since these ticked and swirled kitties padded into coexistence with humans, but truly, the patterning has remained a mystery of DNA until recent days thanks to a team of genetic researchers inspired by the colors and patterns of big cats. The Gene Behind Tabby Stripes

According to their study, published in the journal Nature Communications, Gregory Barsh, MD, PhD, professor emeritus of genetics with Stanford University, set out with research scientists Christopher Kaelin, PhD, and Kelly McGowan, MD, PhD, to discover the genetic mechanisms behind a cat’s stripes.

In an article from Stanford Medicine, Dr. Barsh, MD, PhD, and lead author, said, “The color patterns and variability that you see in animals like tigers, cheetahs and zebras prompted some central questions for us: What are the developmental genetic mechanisms and the cellular mechanisms that give rise to these patterns and how have they been altered during mammalian evolution to give rise to the amazing diversity of shape and form we see today?”

Conducted in conjunction by Alabama’s HudsonAlpha Institute for Biotechnology and the Stanford University School of Medicine, scientists studied the skin of fetal kittens and learned a gene known as Dickkopf 4 (Dkk4) is responsible for the formation of stripes. The Dkk4 gene creates a “pre-pattern” on fetal skin that winds up being a template of thick and thinner skin that will eventually sprout the cat’s fur. The thick swathes of skin are heavier in Dkk4 concentration and these become a tabby’s dark stripes. In tandem, the thinner patches of skin wind up growing in as lighter-colored fur. 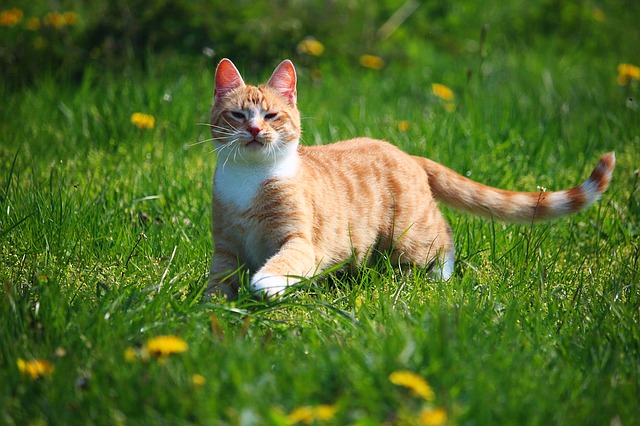 The New York Times reported, as Dr. McGowan observed, the fetal kitten skin displayed thick and thin patches that “mimic what’s going on in the adult cat pigmentation patterns” before fur even begins to sprout. Within the skin patterning, Dr. Kaelin examined the molecular makeup of the skin and discovered “the one molecule that stood out from the rest was this Dkk4.”

“We think this is really the first glimpse into what the molecules (involved in pattern development) might be,” Dr. Barsh told The New York Times. 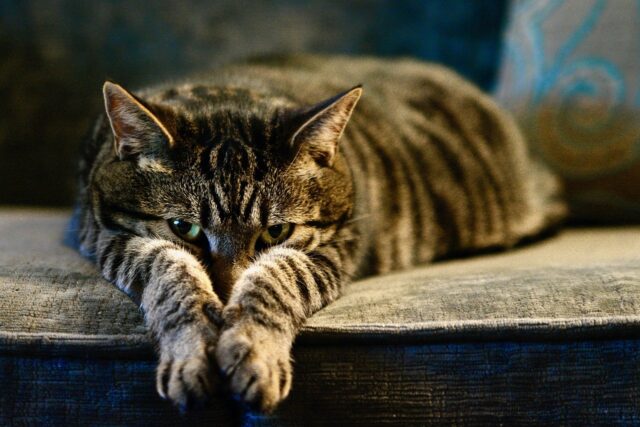 “It’s a very beautiful study,” Hopi E. Hoekstra, a Harvard evolutionary biologist, told The New York Times. “It advances our understanding of one of the most fundamental questions in developmental biology: How do patterns form?”

While the answer to what triggers the creation of the stripes in a tabby’s fur now has an answer, hopefully, further study of the Dkk4 gene will help scientists understand more about the mechanisms that bring about the patterning in cat fur. As of now, it’s not clear how the thickness of the skins relates to fur color, but the mystery is one Dr. Barsh and the team now hope to solve.

It may not be folklore spells and potions that gave the tabby its stripes, but the genetics behind them certainly seems like scientific magic!