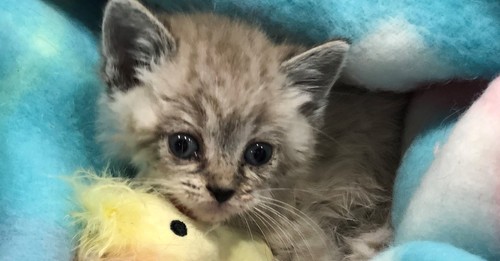 Part of each sale through the iHeartCats store is donated to GreaterGood, which helps support various charities. Thanks to customers like you, happy endings, like the one below, are made possible. Little Samantha was just 3-weeks-old when she was discovered in a wood pile all alone. At such a young age, there is no way she would have survived without the care she received from Michele’s Rescue. All of the animals they take in go to experienced foster homes. Something that is essential for kittens … Read more 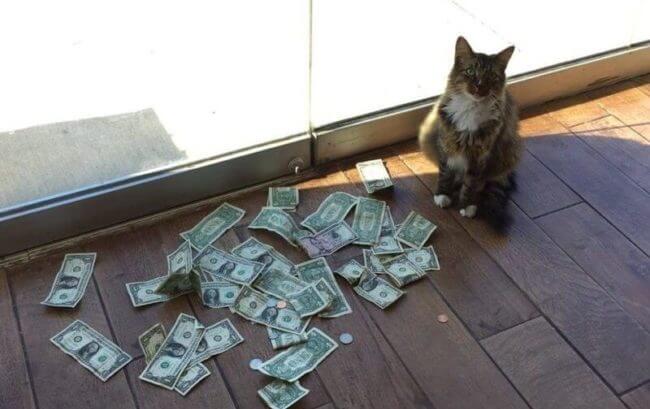 A Tulsa, Oklahoma office kitty named Sir Whines-A-Lot has raised more than $100 for the area’s homeless shelter using a trick he learned by sheer coincidence. The staff at the marketing firm GuRuStu were perplexed when they first began to find piles of dollar bills inside the glass front doors of their office. They soon realized that passersby were using the bills to toy with him through the crack in the door – and the playful kitty was snatching the … Read more 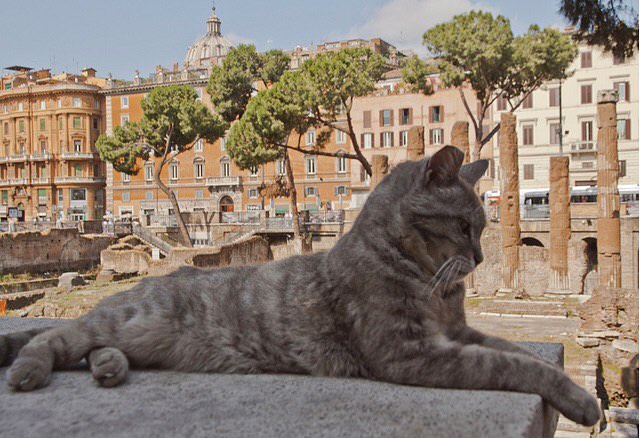 Rome, Italy is a city steeped in rich history. Tourists from all over the world travel there to witness such important sites as the Theater of Pompey, the place where Julius Caesar was famously murdered. The ancient ruins serve yet another purpose these days. The theater and four nearby temples are part of a city-run stray cat sanctuary known as Torre Argentina. Yesterday I visited the Torre Argentina Cat Sanctuary in Rome. Here are just a few of the 40+ cats … Read more 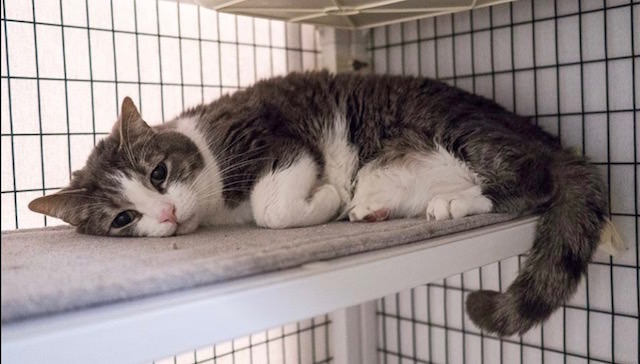 Losing a pet is one of the hardest things that we animal lovers will ever have to face. There is no right or wrong way to grieve, and we all do it differently. One woman in mourning decided that the best way to honor the memory of her beloved cat, Saffron, was to cover the adoption fees of all the adult cats at a local rescue. Her hope is that they all find loving homes in time for Christmas. “Angels walk among … Read more On the evening of October 14, a heroic couple spotted a terrified kitten on the side of a highway in Huntington, WV. They stopped their car and the husband risked his own safety to dash into the road and rescue her. Based on her injuries and a history of similar incidents in the area, it is believed that the tiny gray kitty was cruelly tossed from a moving vehicle. The couple immediately took her to  Kanawha Valley Animal Emergency Services for … Read more 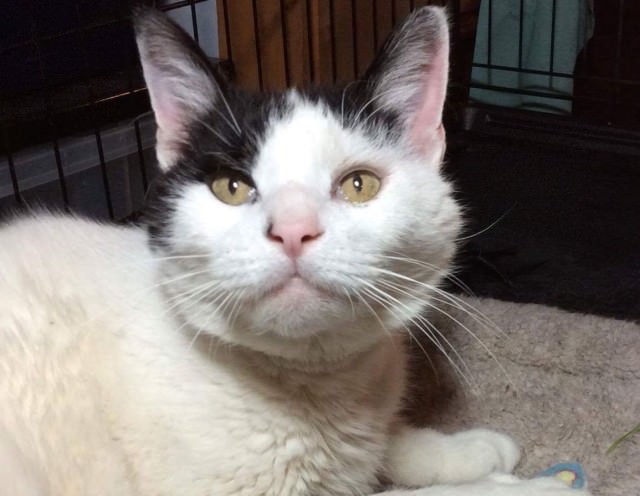 Imagine living in the tiny space provided by your car for two whole years. Imagine spending nights in reclined seats, in the dead of a New England winter. Imagine also fearing for the well-being of your only constant companion, an elderly cat. A 60-year-old veteran–who prefers to remain anonymous, so he’s called “Joe”–is being helped by an organization who has stepped in to help him and his 16-year-old kitty, Trickster. Based in Plainville, Massachusetts, the appropriately named Angelcat Haven Feline Rescue (ACH) is … Read more