Each and every cat is a special being unto themselves, displaying personality traits that help define who they are as a feline! Just like us, kitties all have quirks that make them unique, each cat different from the next. And while cat parents and feline fanatics have had this insight into cats for some time, not so long ago, a group of researchers realized there wasn’t much in the way of documented study regarding the personalities of cats.

It was also recognized most studies done on felines were performed in shelters, feral colonies, or clinical settings outside a feline’s comfort zone, which certainly skews their normal reactions to situations. 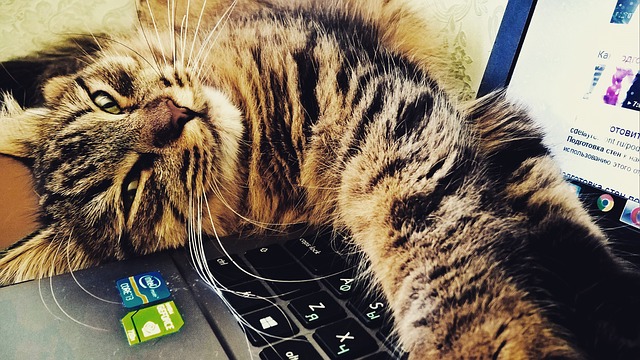 The researchers behind “The ‘Feline Five’: An exploration of personality in pet cats” also identified another area lacking in the field of cat research.

Carla A. Litchfield, head author of “The Feline Five,” explains, “Cat owners, veterinarians, animal behaviourists and scientists often focus on the behavioural problems of stressed cats rather than on the behaviour of psychologically healthy cats and their inter- and intra-species interactions.”

This means scientific research hasn’t spent a lot of time studying happy and healthy cats in the comfort of their homes. With these ideas in mind, the “Feline Five” study surveyed the parents of 2,802 cats in order to gain insights into cat personalities. Using these parental observations meant cats didn’t have to leave the comfort of their South Australia and New Zealand homes, offering a truer measure of the cat. Such studies prove invaluable to feline professionals and cat lovers, helping them to better facilitate the needs of each individual cat.

Let’s take a deeper look at these cat personality traits and see if you recognize your feline among them! 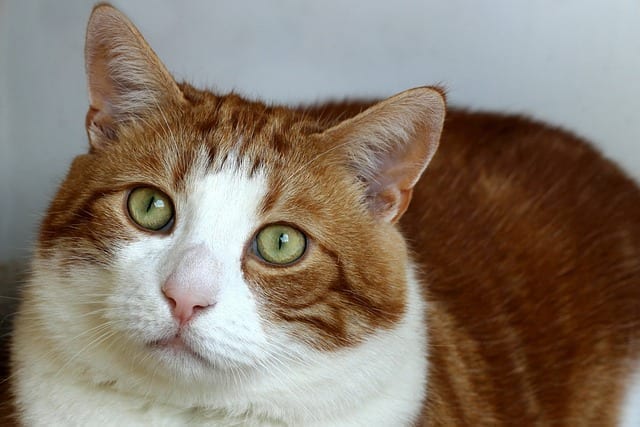 The 5 Cat Personality Traits According to “‘The Feline Five'”

A neurotic cat is one who stresses easily and could be what you call high-strung. They are generally shy, and when company comes to visit, the neurotic cat will most likely run and hide thanks to a distrust of strangers.

Help shy cats cope with anxiety by offering lots of places to hide! Boxes and tunnels are great escapes for a nervous cat. Here, they can observe the world without having to get mixed up in the danger also lurking. Catnip and silvervine can also help ease cat nerves. If you suspect your neurotic cat needs help finding peace, check out these 9 Tips to Manage Your Cat’s Anxiety. 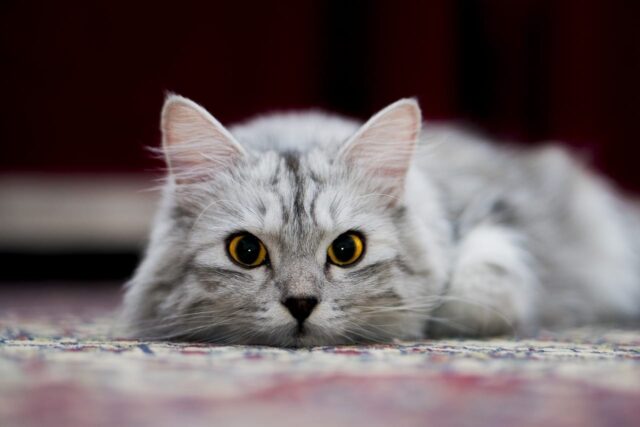 The extroverted cat wants to know everything about everybody, and they have no problem stepping all over your stuff to get the info and the attention they seek! These busybodies are not only curious cats but also smart and always on watch. And once he’s noticed something new or amiss, the extroverted cat will probably be the first one on the scene to investigate.

To keep these outgoing cats happy, spend a lot of time with kitty-dear, including her in the household activities. In addition to solo-play toys, entertain your cat with activities you can do together. Wand toys make a great choice because you and kitty can play together. 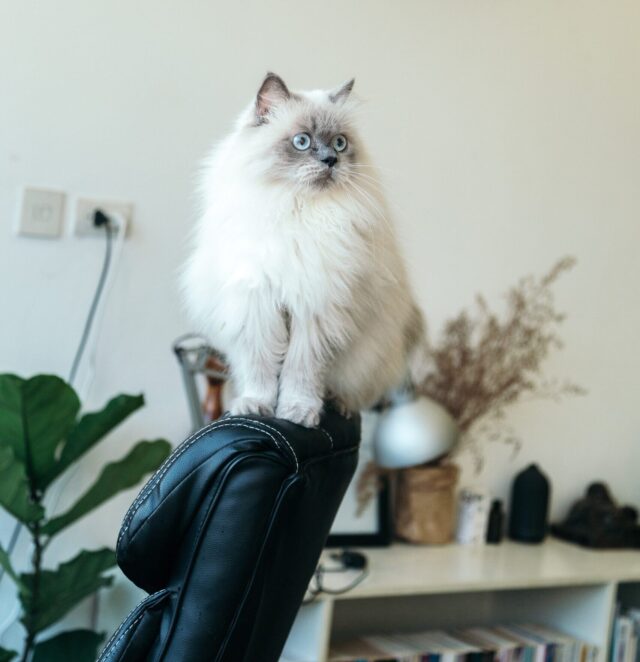 The dominant cat tends to do best as the only cat in a house, but it doesn’t always work out this way, leaving you to play mediator between the fur children. Cats are territorial creatures, and for some kitties, sharing is just too much.

While it may not start out as a problem in your home, dominance issues in cats can develop when things change in their environment. The ASPCA explains unrelated cats of the same sex living together, personality clashes, a traumatic event, sexual maturity, and even medical issues can bring on dominant behavior in cats.

If one of your cats acts like a bully, thwart fights over resources by providing a separate food and water bowl as well as a litter pan for everyone.  You can also explore these 6 Ways To Keep The Peace In A Multi-Cat Home. Cats are creatures of habit until something stresses them. Impulsive cats act in unpredictable ways as a reaction to anxiety. Because the grip of stress rules the impulsive cat, he might have boundless energy, resulting in destructive behaviors.

Impulsiveness in cats should be treated with calm patience. Don’t make sudden movements or shout at a stressed cat. Positive reinforcement and even clicker training can help set happy routines for impulsive cats. 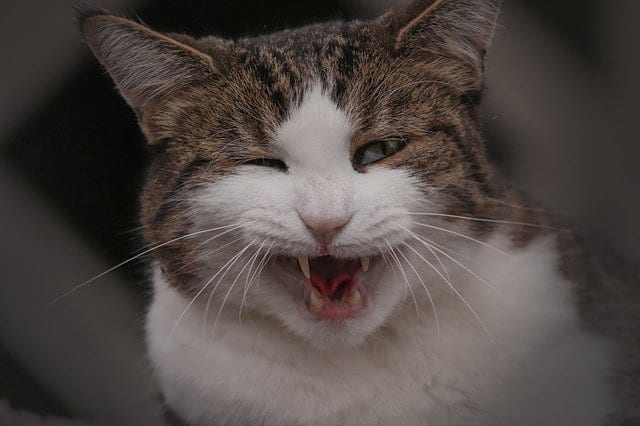 Agreeable cats are happy cats. They make friends with everybody, whether human, feline, or canine! These friendly cats do well in homes with other cats and will probably act like the ‘mother hen’ to the other kitties. 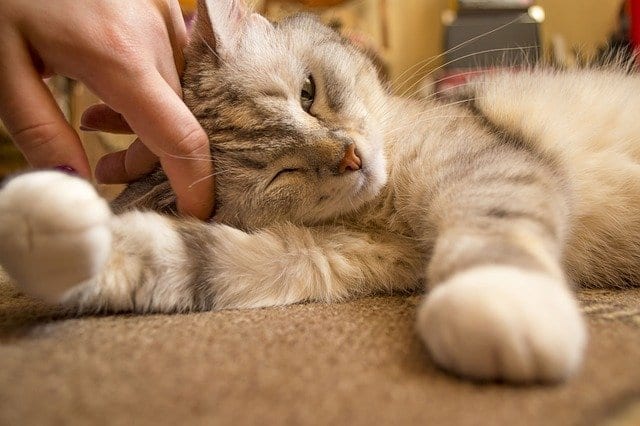 Another Way To Look at Cat Personality Traits

According to the Daily Mail, after conducting a study involving around 200 cat parents, Dr. Lauren Finka, of the University of Lincoln, reports cats generally fit within one of 5 major personality types.

Dr. Finka interviewed the cat parents to form ideas about the personalities of their feline friends. Her research revealed five main cat personality types as well as thoughts on the factors behind their developments. Finka’s study theorizes nature and nurture work together to influence a cat’s constitution as feline personalities are influenced by a cat’s development, upbringing, and genetics.

Dr. Finka’s findings in the way of cat personality types:

Human Cats love their people! These social butterflies crave human affection and enjoy invading your personal space at all times. Cats who love people will gladly become your feline shadow. To keep them happy, simply be kitty’s best friend and spend plenty of time playing and snuggling. 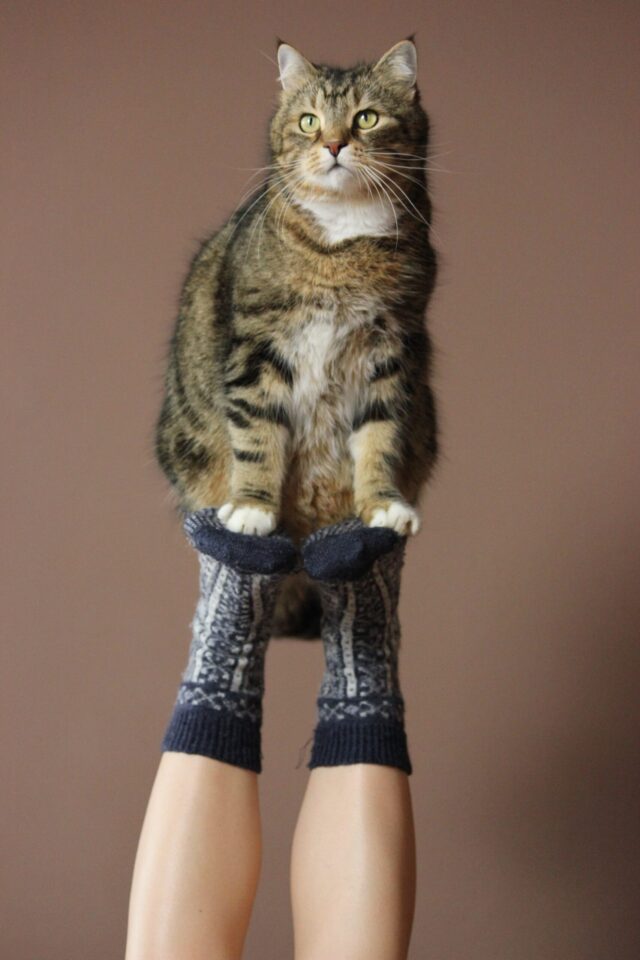 The Cats’ Cat finds comfort in being with other cats. They’re the sweet cats who give care to all the other kitties, always grooming them and touching noses to give kisses. Please these pleasers with activities that include the whole feline family, like fun climbing trees and motorized toys that draw the attention of all the cats.

Cats are born hunters. It’s in their wild and ancient DNA, but some felines ache for the hunt more than others. These are the Hunter Cats. Given access to the outdoors, these predators will often return home with feathered, furred, or scaled gifts caught by their little paws just for you.

Hunter Cats often prefer realistic cat toys to practice their skills of stalking and pouncing. No ribbons and frills for these wild things! Cats with a high prey drive are happiest with a large area to roam and explore, such as an outdoor cat enclosure. As cats with sensitive needs, the Cantankerous tend toward frustration or annoyance when habits are disrupted. But this doesn’t mean these grumpy cats are always in a bad mood. They just need their independence and distance. Cantankerous Cats tend to choose their humans with care and love with fierce loyalty. And don’t worry, grumpy cats still want cuddles; they’ll just let you know when they want them.

Make sure these independent cats have lots of solitary play options. Toys they cat bat around when they feel the urge or even a bunch of interesting scratchers provide good options.

Such nosy beasts, these curious cats are generally intelligent creatures eager to explore anything new in their environment. You’ll find them in bags, cardboard boxes, or tucked away in some weird space that defies all logic. Their curiosity drives them to be social and Inquisitive Cats enjoy meeting new friends.  Keep the curious busy and happy with fresh boxes and bags as well as toys, like puzzle boxes, that allow them to flex their investigative skills. 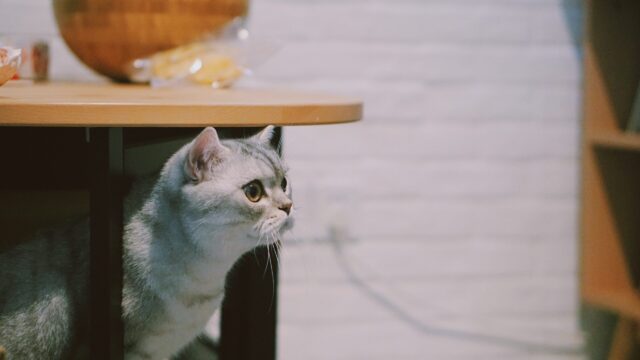 Using a similar approach as “The ‘Feline Five,’” study, University of Helsinki researchers created an extensive questionnaire inquiring about cat personality traits and behavior. Professor Hannes Lohi of the University of Helsinki and the Folkhälsan Research Center and his team surveyed cat parents on these subjects while also collecting key data points, like age, breed, and health matters, about each cat. Ultimately, they were able to compile information from approximately 4,300 cats.

While these factors aren’t necessarily defined personalities, these cat personality traits do come together to provide a picture of a cat’s temperament. Learning the secrets of different feline personalities can help better the lives of cats in a number of ways, with doctoral researcher Salla Mikkola, also from the University of Helsinki and the Folkhälsan Research Center, explaining, “Compared to dogs, less is known about the behaviour and personality of cats, and there is demand for identifying related problems and risk factors. We need more understanding and tools to weed out problematic behaviour and improve cat welfare.” And what behavior problems are most often identified when polling cat parents? The Helsinki team found “the most common behavioural challenges associated with cats relate to aggression and inappropriate elimination.”

And while challenges like litter box problems and excessive grooming aren’t necessarily traits, Mikkola said, “They can indicate something about the cat’s sensitivity to stress.”

Prior studies have found variations in cat personality traits, but there are certain ones that appeared in the Helsinki study as well others, those traits being “activity/playfulness, fearfulness and aggression.” 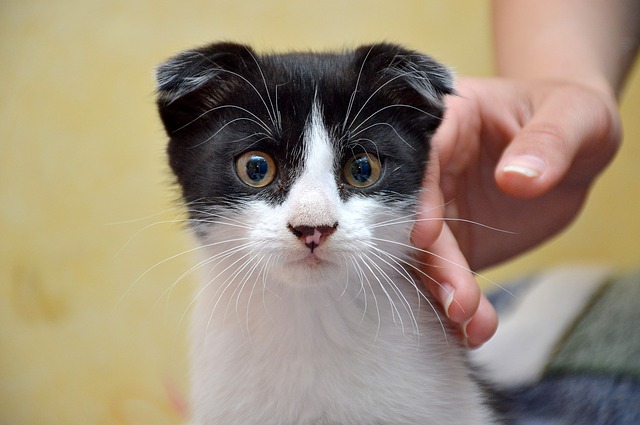 In addition to these two extra classifications of feline personality traits, researchers also discovered certain traits appeared again and again within different cat breeds. And what they observed followed behaviors seen in prior studies.

Professor Lohi reported the results as:

“Internationally speaking, our study is the most extensive and significant survey so far, and it provides excellent opportunities for further research,” according to Professor Lohi. “The reliability of prior feline behavioural questionnaires has not been measured in such a versatile manner, nor are they as comprehensive as this one.”

Such comprehensive study proves valuable when it comes to learning the best needs for certain cats. With such information, we can better solve behavior problems in cats by understanding what factors drive them to bad behavior. Personality traits certainly affect the way humans behave and it seems this holds true for felines as well. These two separate studies define cat personalities in their own ways, but they share common ground in revealing the secret working of cats. Both help us further understand felines as well as stress the importance of recognizing cat personality traits. By learning exactly who our cats are, cat parents can better serve their kitty’s needs. It’s just one more way of giving cats the best life possible!

So, which personality types are the purrfect fit for your cats? 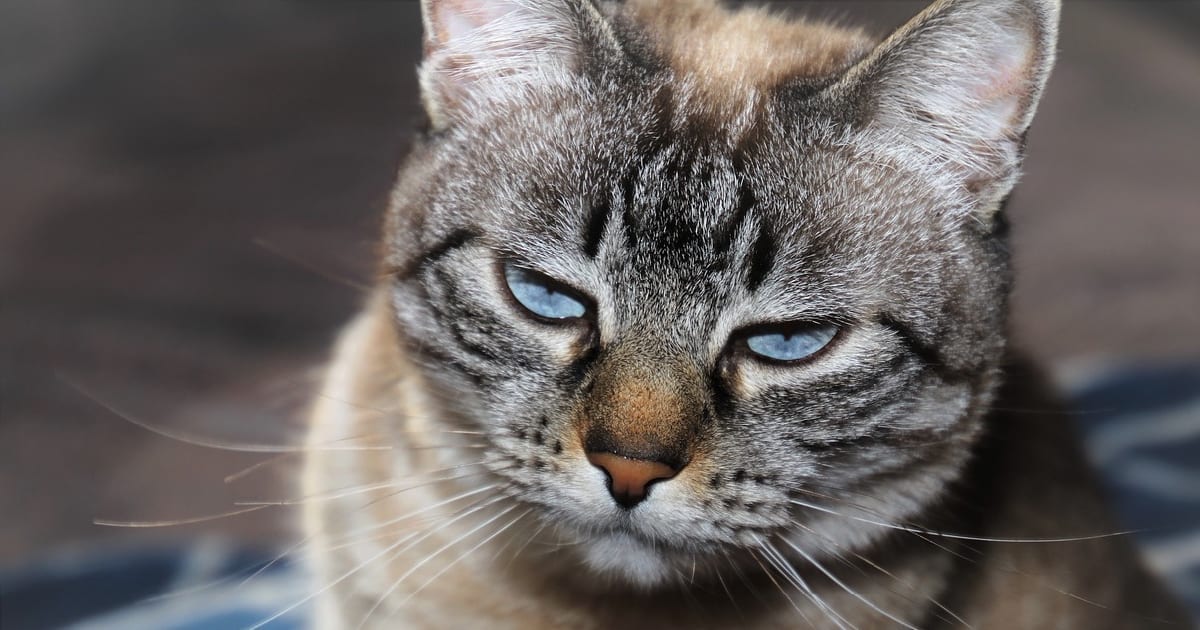