Porfell Wildlife Park has announced the birth of two Rusty-spotted cat cubs at their facility in Cornwall, UK. The birth of the two cubs marks a great moment for the vulnerable species as only 40-50 are known to exist in captivity.

Approximately 10,000 Rusty-spotted cats exist in the wild. This small number has earned the wild cat a Vulnerable status with the International Union for Conservation of Nature. Loss of natural habitat coupled with hunters seeking their pelts has caused a decline in the population of Rusty-spotted cats. Because of habitat loss, Daily Mail reports, “Some have been found living in abandoned houses in southern India and some mothers have been found creating dens in a tea plantation in Sri Lanka.” 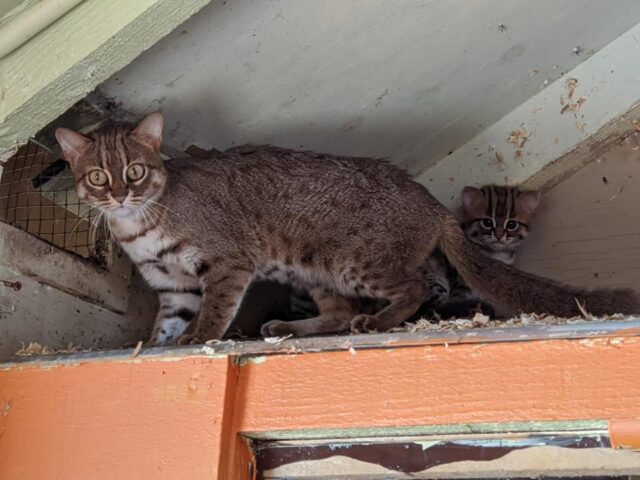 To conservationists and cat lovers alike, the recent birth of the Rusty-spotted cat cubs is spectacular news for the dwindling population of these tiny cats.

Rusty-spotted cats are found only in India and Sri Lanka. They make their homes in forests, scrub, and grasslands, according to the Felidae Conservation Fund. With grey fur, rust-brown spots, and black-striped faces, they blend into surroundings easily. As nocturnal hunters, the small cats hunt “frogs, rodents, insects, small birds, and reptiles.” And these small prey aren’t safe in the trees either. These fleet-footed predators move easily through branches and treetops. 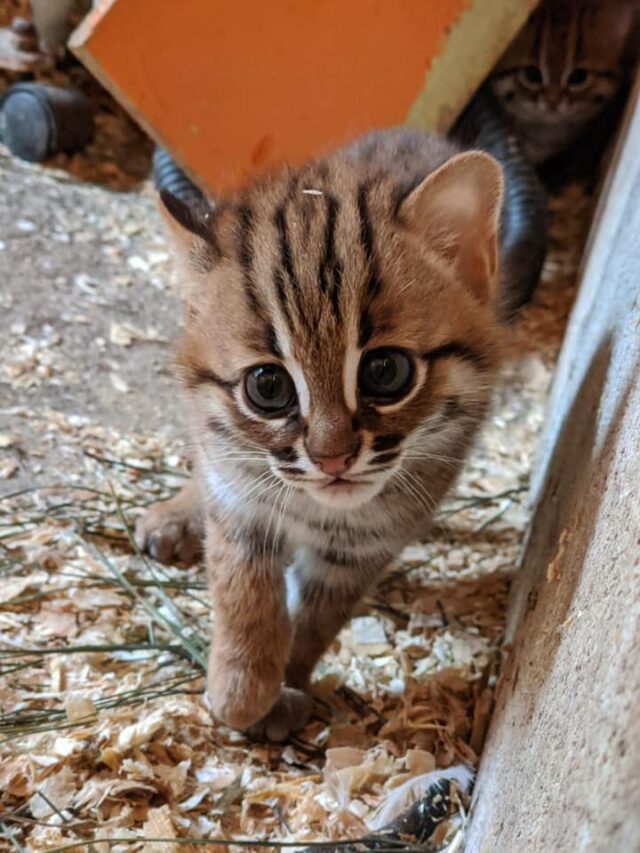 At only 18-19 inches in length and weights of 2-3.5 lbs., the Rusty-spotted cat is the world’s smallest wild cat. The tiny, swift felines have earned the nickname “hummingbird of the cat family”.

Porfell is typically a sanctuary for unwanted animals. But when the opportunity arose to house a breeding pair of Rusty-spotted cats, the staff jumped on the chance. A spokesperson shared, “The pair came from the Feral – Wild Animal Project run by Todd Dalton and are part of a breeding program.”

With the addition of the cats to the park last summer, the Rusty Spotted Cat Conservation Breeding Programme was born. 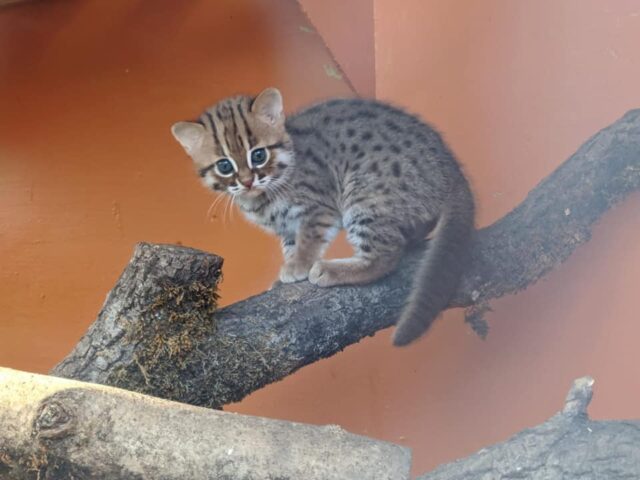 And when staff discovered the female curled around the two cubs recently, they were overjoyed.

At the time of their birth, the cubs were tiny, barely the size of mice.  And though small, the babies are big on cuteness.

Now, the cubs are 8 weeks old and growing quite curious. While the cubs are starting to explore, they never stray too far from their mother. On Porfell’s GoFundMe page, staff said, “Mum is very protective so we are unsure of their gender but they look fit and healthy and are definitely starting to come out of their shell.” 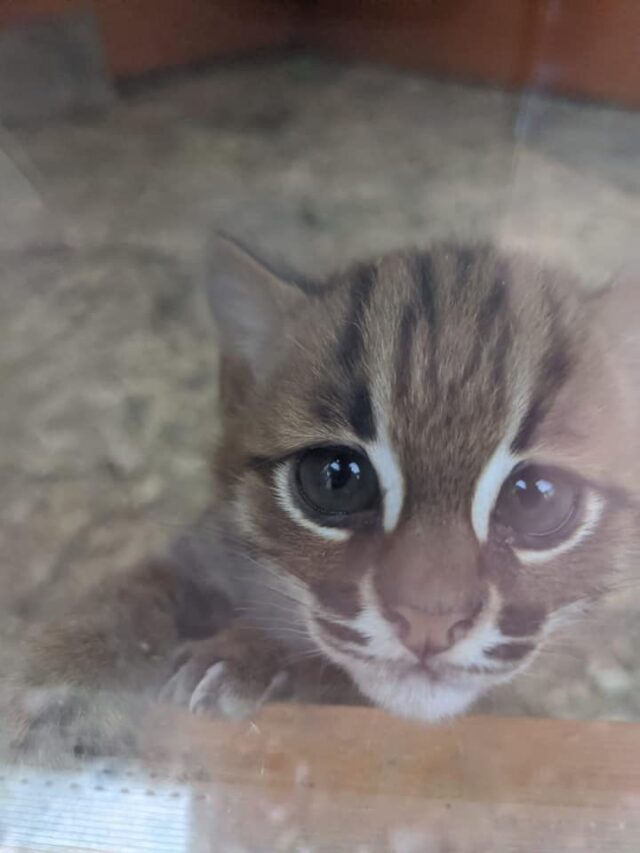 The birth of these two rare cats is a win not only for the population of Rusty-spotted cats, but for those protecting animals throughout the world. 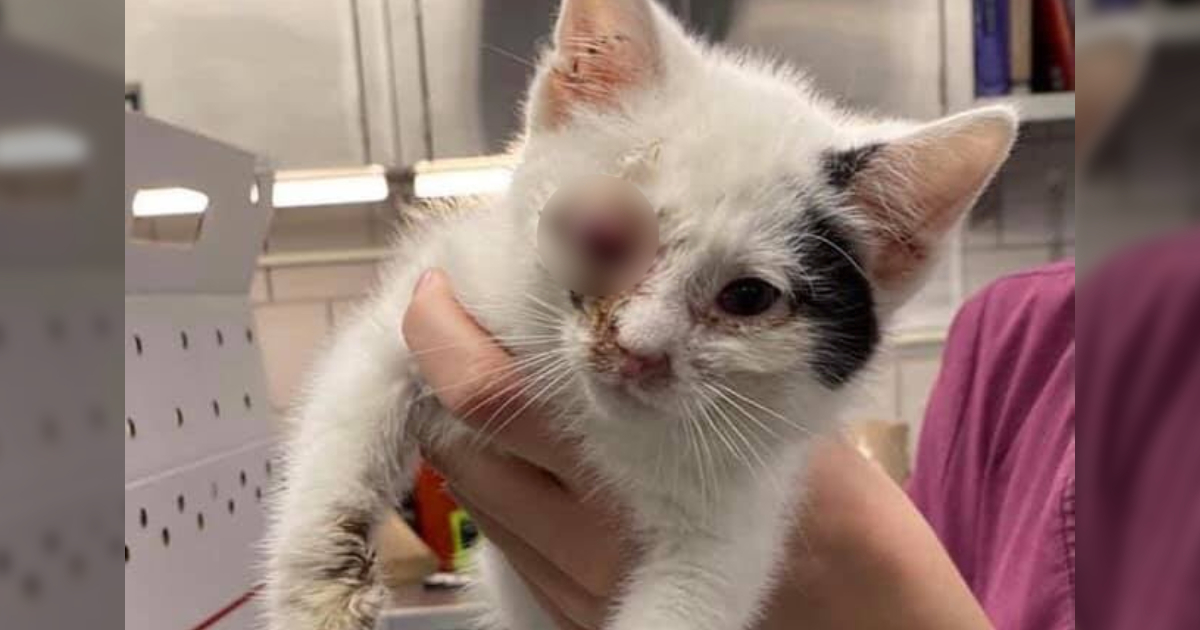 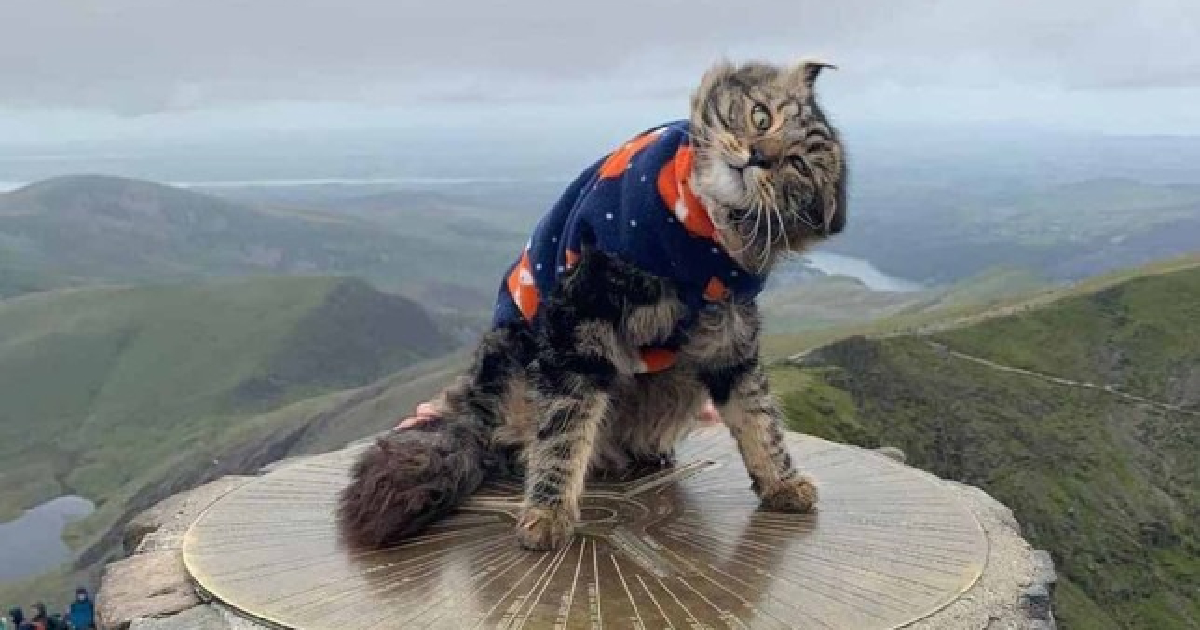 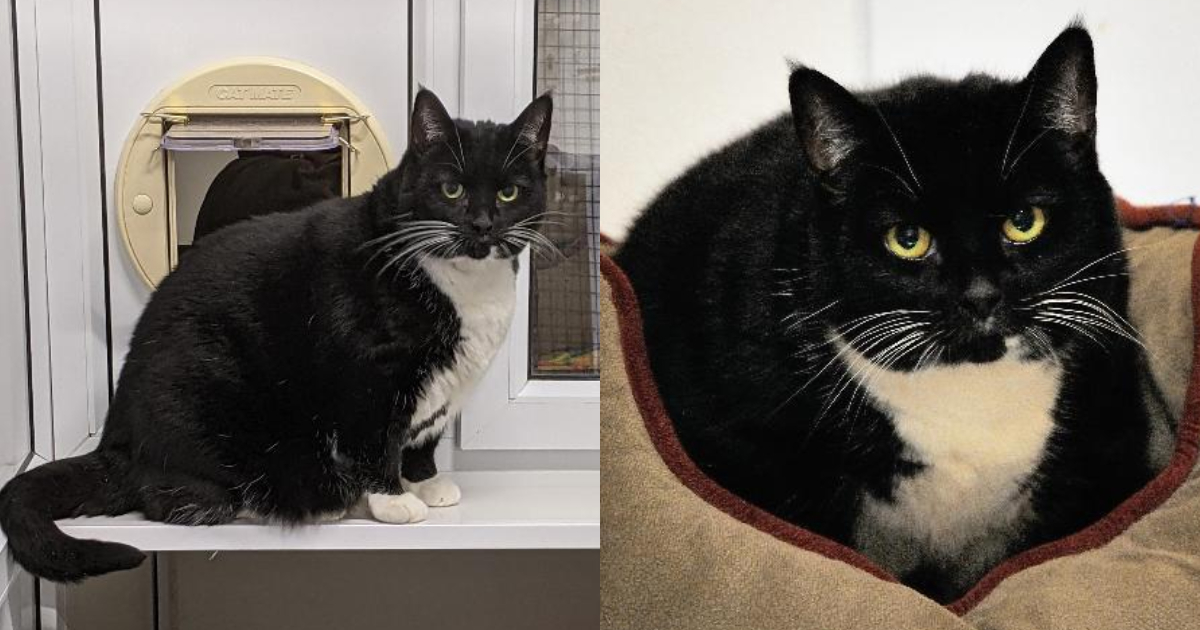 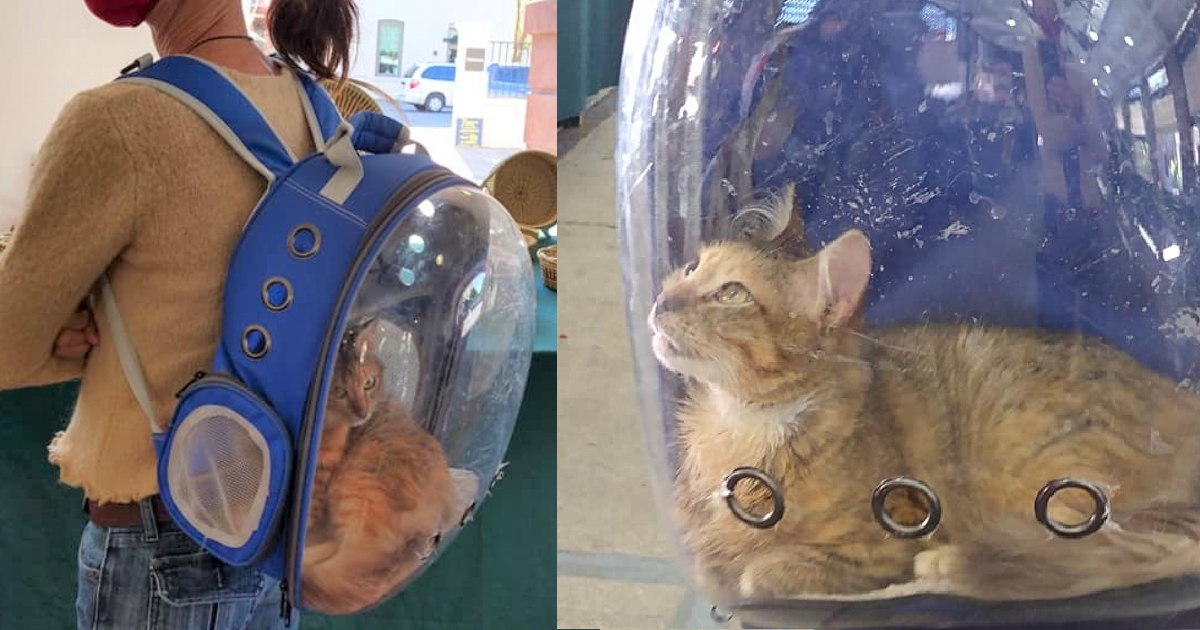