They certainly don’t mind making some noise to let their humans know when it’s time to eat. Some cats start the begging not long after dinner is over, thinking they need more in the bowl.

And what do you do with a cat who keeps going on about food?

That’s just what cat mom Kate Nyx had to do when her tabby boy Winslow kept fussing for food. Not just fussing, but throwing a fit! Kate explained, “He used to run around screaming all the time and I was like, ‘this is no good’”.

So, to give the noisy cat a melodious outlet, Kate gave Winslow his very own tiny piano. 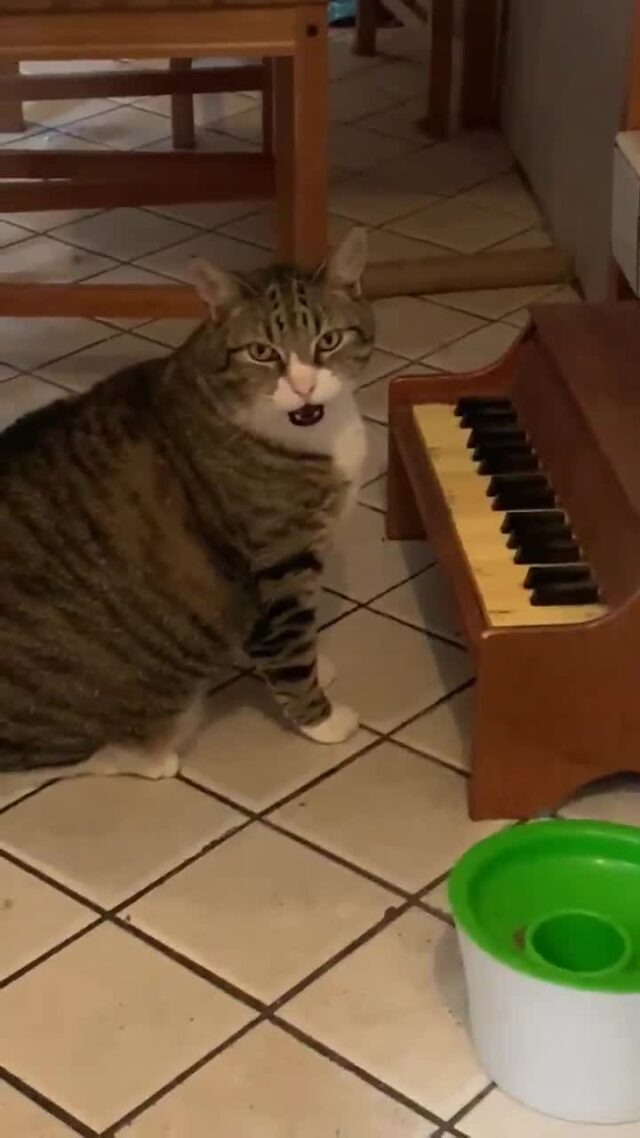 Her idea worked like a charm, giving the singing tabby “another way to communicate so he’s not screaming bloody murder.”

Winslow has learned to play the piano to his advantage. “He tends to only play it when we’re in the kitchen and he knows he can possible get a snack.”

In the video that gained him internet fame, Winslow is indeed singing a song about dinner time. Unfortunately, he learns, “Dinner time is 2 hours from now”. 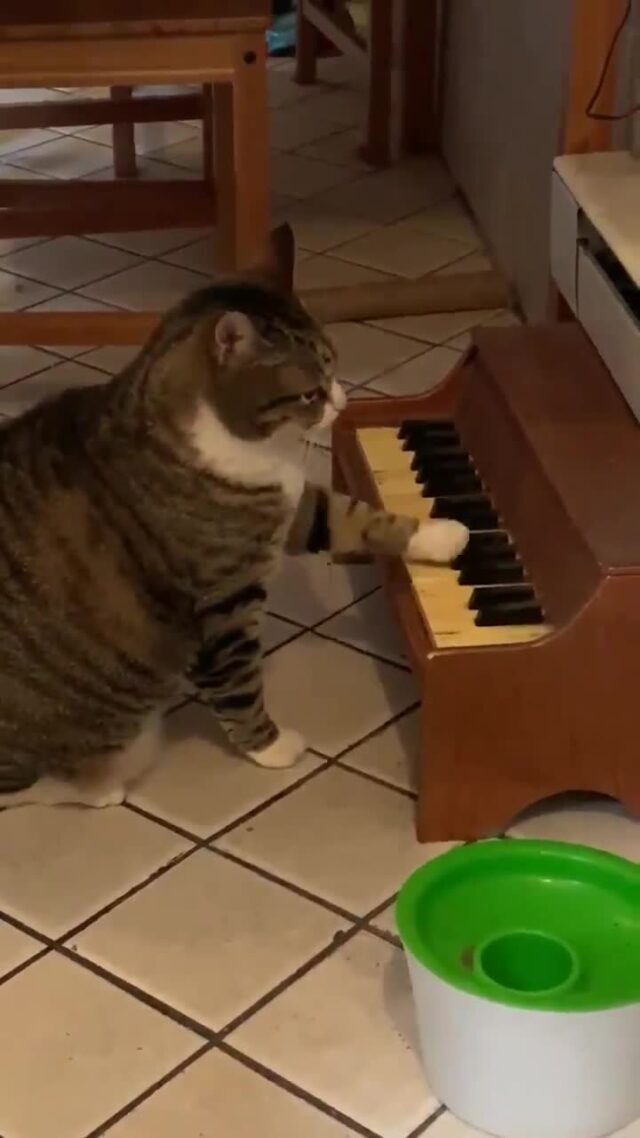 Turns out, Winslow likes to play his dinner tune often. Here’s Winslow, not thirty minutes after having a snack, tickling the keys in request.

Winslow plays a few different tunes of request too. His mom said, “He uses the piano to express himself in general, for attention, to get his litter scooped.” “He learned that I encourage moving his paws up and down the keyboard, so he does that when he really wants something.” A talent indeed!

Winslow is a distinguished gentleman of seven now, but when Kate found him, he was only 8 weeks old and trying to fight a dog.

“He was scarred up, covered in dirt, we had to teach him how to eat dry food and he had a serious case of ringworm.” But love and music are good for the soul as Winslow’s fine condition attests!

As for the piano, Kate had it from a long-ago eBay purchase and Winslow’s talent for tunes grew from kitten curiosity. “He would play the notes and look underneath trying to find where they were coming from.” 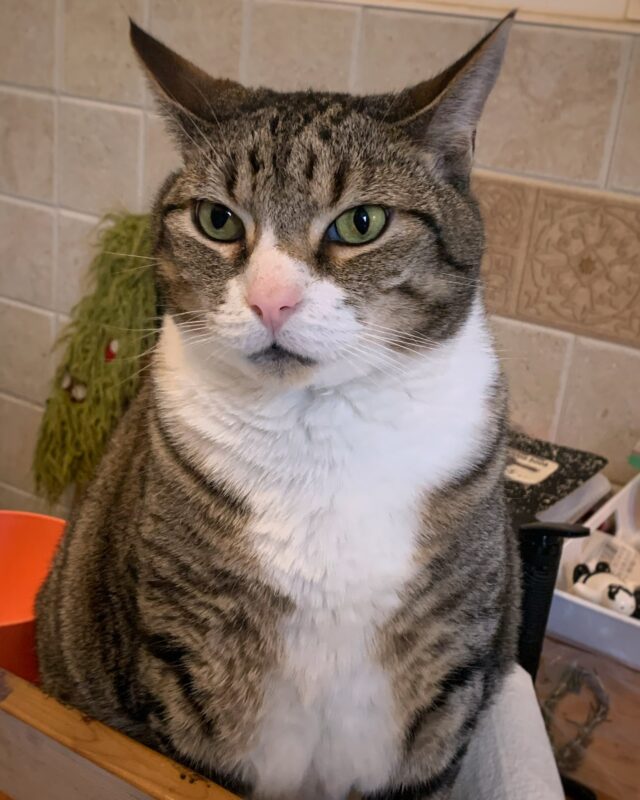 “He was a rambunctious kitten and he’s transformed into a chaotic gentleman.”

And, that “chaotic gentleman” has just dropped his first single! Check out ‘Bean Gotta Scream’. 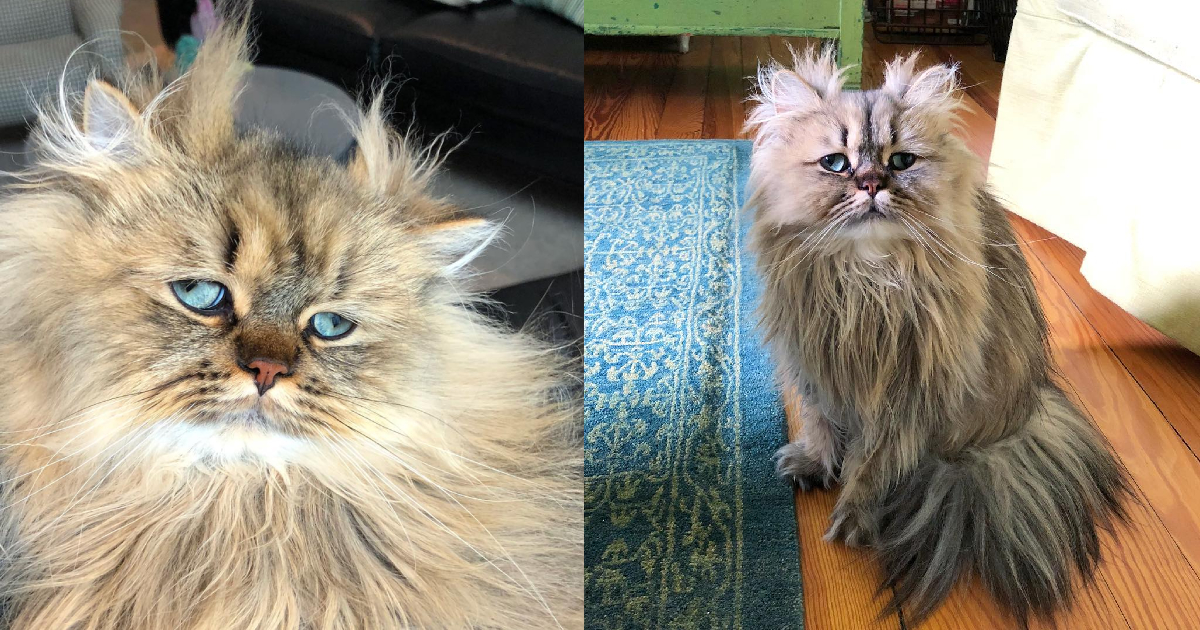 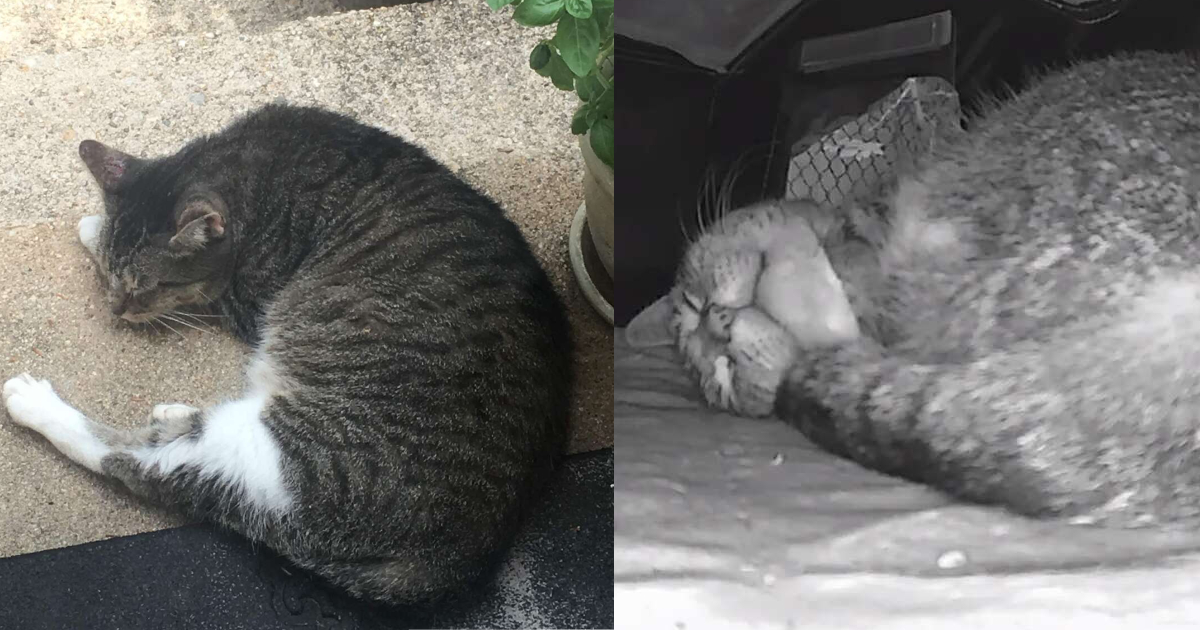 That Little Puff Cooks Up Fun For Social Media 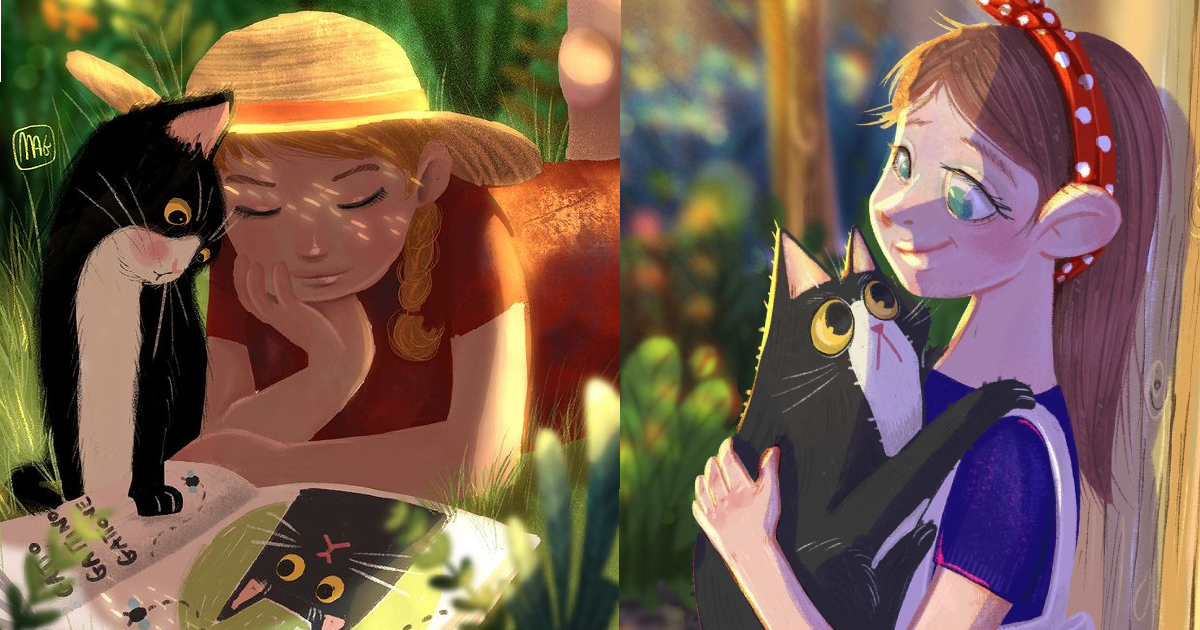 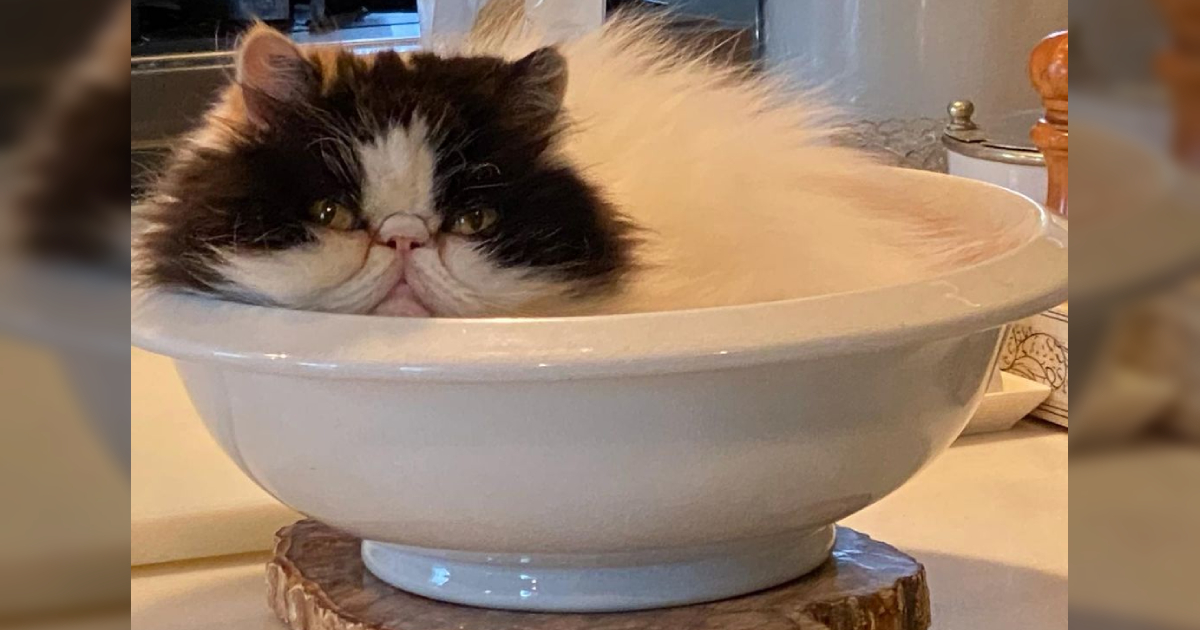 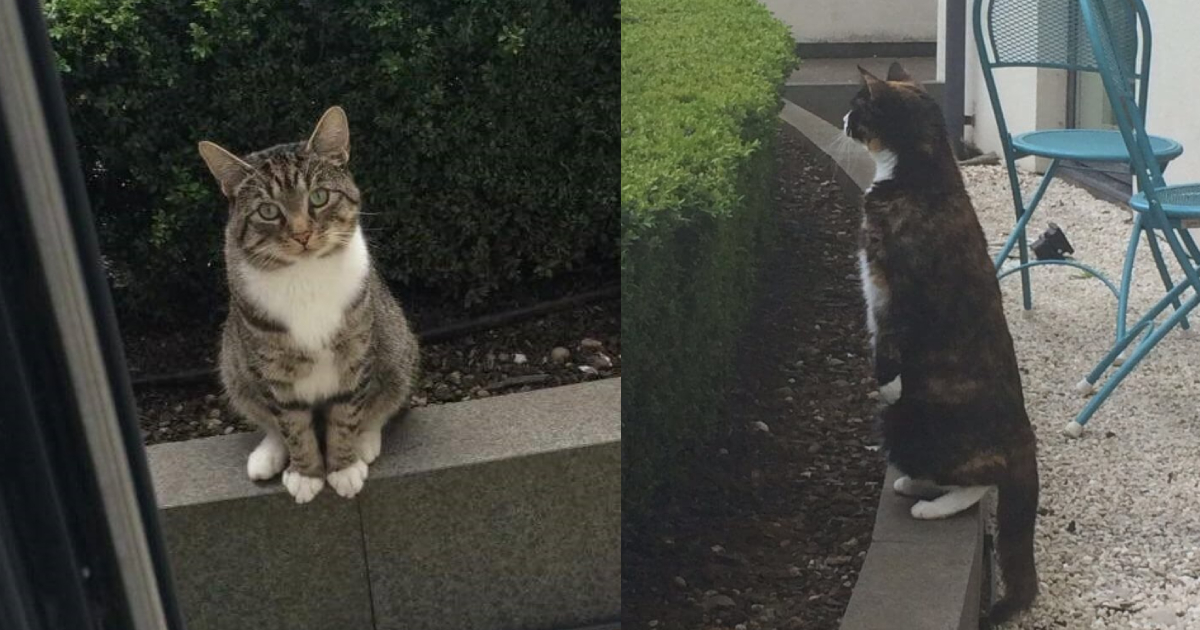 Tabby Cat Waits Outside For Playtime With Kitty BFF Every Day