Cats are amazing creatures. It seems like every single part of them plays a big role in how fast they can move or how precisely they can hunt in the dark. Their ears are no exception! Your cat’s ears are fine-tuned instruments that do some pretty amazing things. Here are 9 facts that may surprise you about those swiveling, tufty triangles on top of your cat’s head. #1 – They have an incredible range of movement
Cats have a whopping 32 muscles in each of their outer ears (compared to the 6 you have in your own). Those muscles give them the control to swivel and rotate their ears so they can hone in on the exact source of a noise. The muscles also allow her to rotate her ears an impressive 180 degrees! #2 – They help your cat stay balanced
Your cat’s ear canals are filled with fluid. And when that fluid shifts, signals are sent to her brain to let her know there’s been a shift. The signals help her brain immediately determine which way is up so she can right herself. This ability to quickly find balance is the reflex that helps your cat always (or, almost always at least) land on her feet when she rolls off the couch in the middle of a deep sleep.

On a side note, you have fluid in your ears that also helps you find and keep your balance (though not in a way that is as precise and strong as the way it works for your cat). If you’ve ever had a bad ear infection you may remember feeling dizzy and disoriented. #4 – Very strong sense of hearing
Your cat’s sense of hearing is five times stronger than your own! Her ability to hear subtle sounds helps her hunt and stay safe from lurking predators. #5 – Very precise sense of hearing, too
Not only does your cat have a very strong sense of hearing, but she can also distinguish the sources of two different sounds that are within 3 inches of each other when she’s up to three feet away from them! Wow! #6 – Your cat was born deaf
Kittens are born with ear canals that are closed. The ear canal will open up when she’s about a week old. Then, she’ll be oriented to sound by the time she’s about 2 weeks old. She’ll be nearly a month old by the time she can distinguish between different sounds. #8 – A tipped ear can tell you something
Have you ever noticed a neighborhood cat with the tip of her ear missing? Or perhaps you’ve adopted one from your local shelter. TNR (Trap, Neuter, Return) groups often “tip” a cat’s ear during the spay/neuter surgery to they know not to try to catch that cat again. #9 – The tufts aren’t just there to be cute
I know I’m not alone in thinking that tufty cat ears are ridiculously cute! Believe it or not, those silly tufts actually serve a purpose. All that hair helps keep out debris and direct sound into her ear. 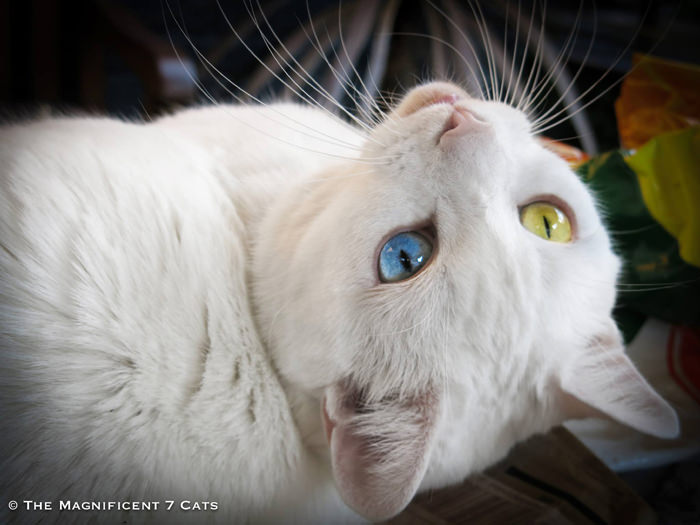