Dougie is a 15-year-old ginger cat who LOVES to be held. According to a post on the Facebook page of Animal Refuge League of Greater Portland:

“When he’s not being held, Dougie’s meow can be heard from galaxies far away.”

The shelter needed to think creatively to allow Dougie to be held while the staff still got work done around the shelter.

“We thought creatively and decided a baby bjorn allowed Robert [Weimer] to both hold Dougie and do his job effectively 🙂 And, we think it’s pretty much the cutest thing we’ve seen, ever.”

Dougie, who had been fighting inflammatory bowel disease, was just put up for adoption this week. Luckily for him, that Facebook post went viral and he had a great new home within a day!

Since Dougie already has a fabulous new home, we’d like to remind you that your local shelter is still full of pets that need great homes! If you’re interested in finding a pet from the Animal Refuge League of Greater Portland, you can check out their website here. 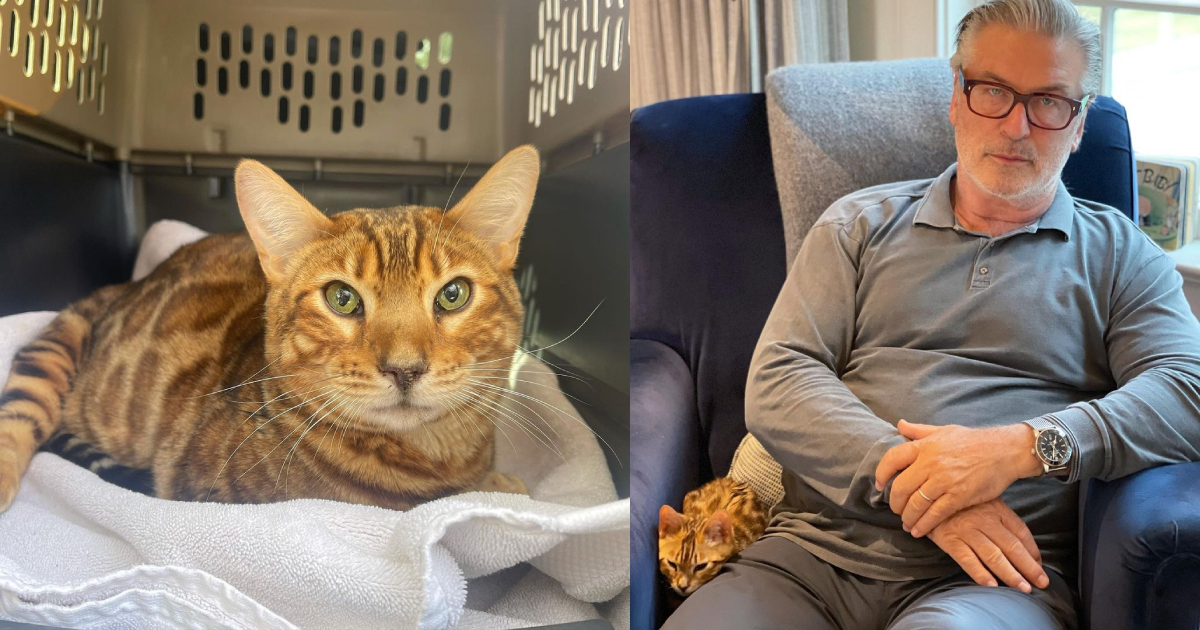