I, Forrest Wisewhiskers, am here again to impart my feline wisdom upon you.

And let me begin with a question for you. Does your cat vomit? Or cough up hairballs? I know, I know, that’s like asking if a cat poops in a box. 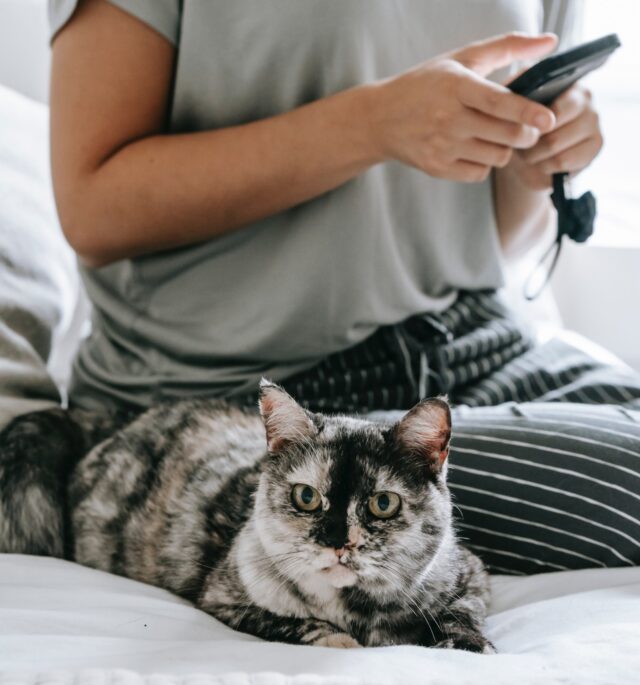 Of course, we vomit, and of course, we hack up hairballs. Such finely tuned machines of precision show their kinks every once in a while, and it just so happens one of the feline quirks involves cleaning up with a wad of paper towels. Especially if the kitty in question has luxuriously long fur. But cats and vomiting are one of those tricky issues that leave cat parents dancing between whether or not to call the vet.

While I am a cat most magnificent, I am not a medical professional. Listen to your gut; if it’s telling you something is wrong with your precious furball maker, call the vet for a visit. My aim here is to educate you further on hairballs so you can better know your cat upchucks. Hopefully, my input can also help you determine if it’s time to call the vet.

With that, let us dissect the grossness that is a hairball.

The Anatomy of a Hairball

Formally, hairballs go by the name trichobezoar. It’s a blended word, joining the Greek root’ trich,’ which means hair, with the term ‘bezoar,’ a derivative of the Persian word for ‘antidote.’ Further defining the term, bezoars are stones or masses that form in the digestive tract. So next time you step in one of those wet and furry wads while wearing socks, get fancy and shake your fist at the sky as you curse the existence of blasted trichobezoars. It’ll make your cat laugh harder than they already are about you stepping in it.

Ah, but please rest assured, your cat isn’t hacking up these logs of matted hair to thwart you. Hairballs are an occasional product of grooming because happy cats like to keep themselves nice and tidy. And licking our fur can cause hairballs to happen from time to time. After all, cat tongues are covered in fingery barbs that catch loose hair and dirt before whisking it away to be swallowed.

RELATED: CattyCorner: How The “Fingers” On Your Cat’s Tongue Can Lead To Big Trouble 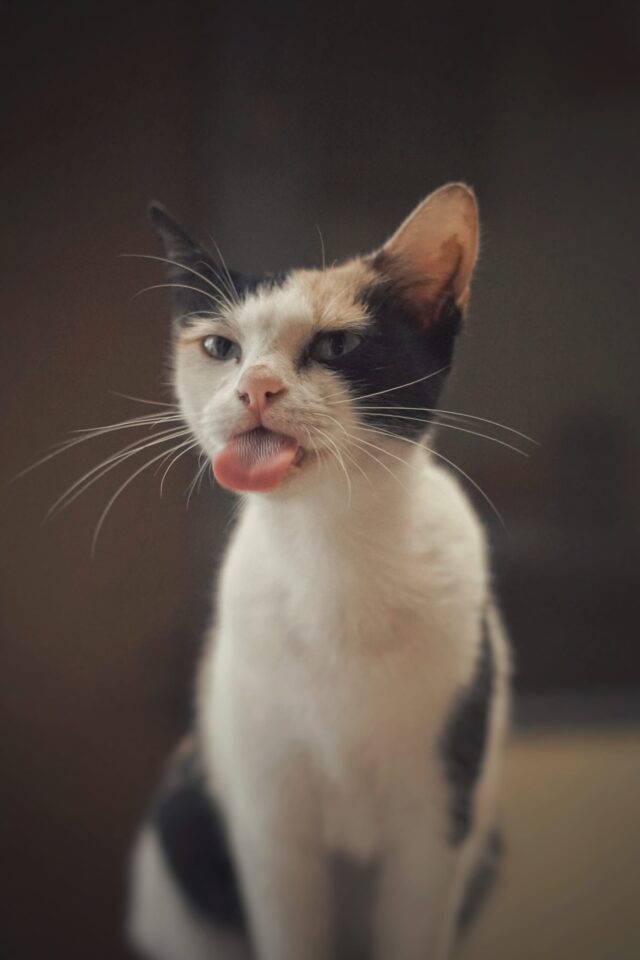 Most of the time, the hair passes through, becoming digested and later deposited in the litter pan in a tidy little package for your scooping pleasure. But when a wad of fur gets caught in the esophagus, we cough that mess out, hence a wet hair puddle. Hairballs that settle deep into the tummy and aren’t digested tend to come back up as a log of hair with a vomit binding after being churned around with other materials in the stomach.

But when does hairball hacking become a problem?

While you do everything in your power to get rid of a hairball deposited on the floor, that hasn’t always been the first instinct. People in the Middle Ages found bezoars excellent curatives for various illnesses and even wore them as gold-set treasures. Aha, now it makes sense why the term was derived from the Persian word for antidote! But where did all those coveted trichobezoars come from? Were there cats or other animals lying around in castles and manors, hocking them up all the time?

If that’s the case, those kitties could have probably used a good brushing to help them quit coughing up so much. And if your kitty has a problem with too many hairballs, perhaps that’s what they need too. But if combing your cat more often doesn’t relieve the issue, what could be causing all the gooey furballs? 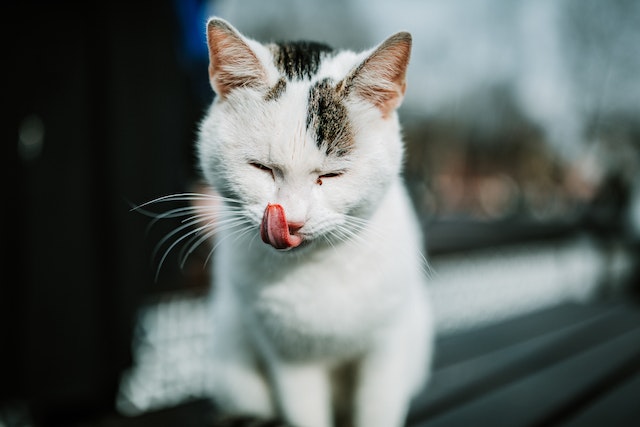 Cats who frequently vomit hairballs may have a hidden issue in their digestive tract, and the only sign they show of something amiss is the excessive hairballs. And if the problem isn’t an illness or physical ailment, their diet could be the culprit. Kitties who only eat dry food tend to hack up more hairballs than cats who eat wet food as part of their diet. As it’s more easily digested, wet food helps with the passing of swallowed hair. Tweaking your cat’s diet to include wet food, certain supplements, and even more fiber can give them some digestive relief when it comes to hairballs.

And now, I can hear you asking, but what about when that puke pile doesn’t contain cat hair?

When Do You Get the Vet Involved for Cat Vomiting?

Cats are notorious for eating a pile of something tasty and then returning it as a puddle of barf on the floor. It’s often thought of as one of those weird things about the feline kind. But is it really? Think about when you sometimes overindulge. Regurgitating the excess on the floor would make you feel better, right? So, that’s what a cat sometimes does. And while the occasional puke is part of being feline, just like it is being human, regular or daily vomiting is quite a different matter.

If your cat is throwing up more than occasionally, make an appointment with the vet. And if the vomiting is continuous throughout a short period of time, call the doctor right away.

RELATED: 9 Signs Your Cat May Be Sick 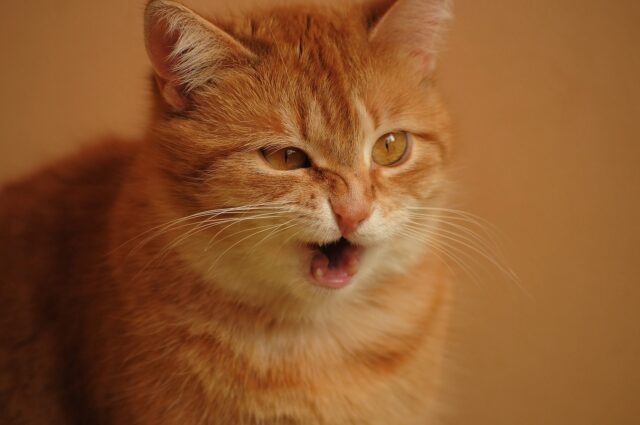 So, what can cause cats to throw up too much? Here are some of the causes behind excess vomiting in cats:

The reasons for vomiting in cats are many and varied. Figuring out why your precious is puking can be challenging. I’ll admit it; cats aren’t always forthcoming with their symptoms when something has them down. But with your intuition and the vet’s knowledge, you’ll soon rid your cat of the rumbly in their tumbly!

RELATED: 25 Foods You Should Never Feed Your Cat 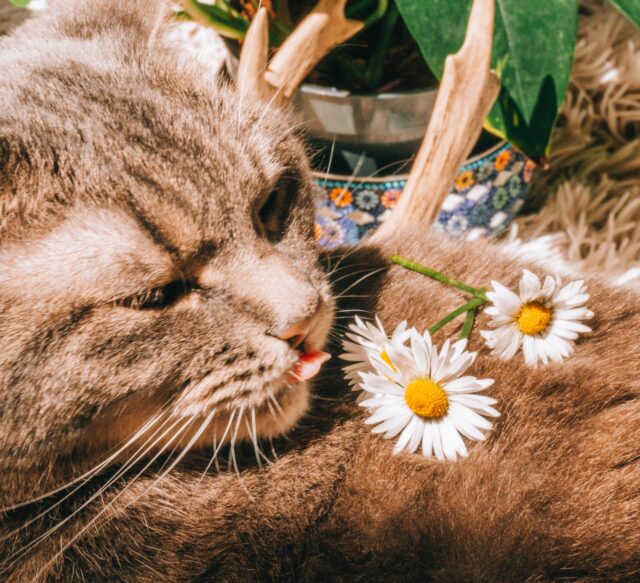 As you’re a devoted minion to your feline overlord, you know a puke or a hairball every so often is fine. But if you feel something’s amiss or there’s entirely too much vomiting happening in your home, talk to your veterinarian.

Now, before your feline pukes in a hangry fit, don’t forget to feed the cat! 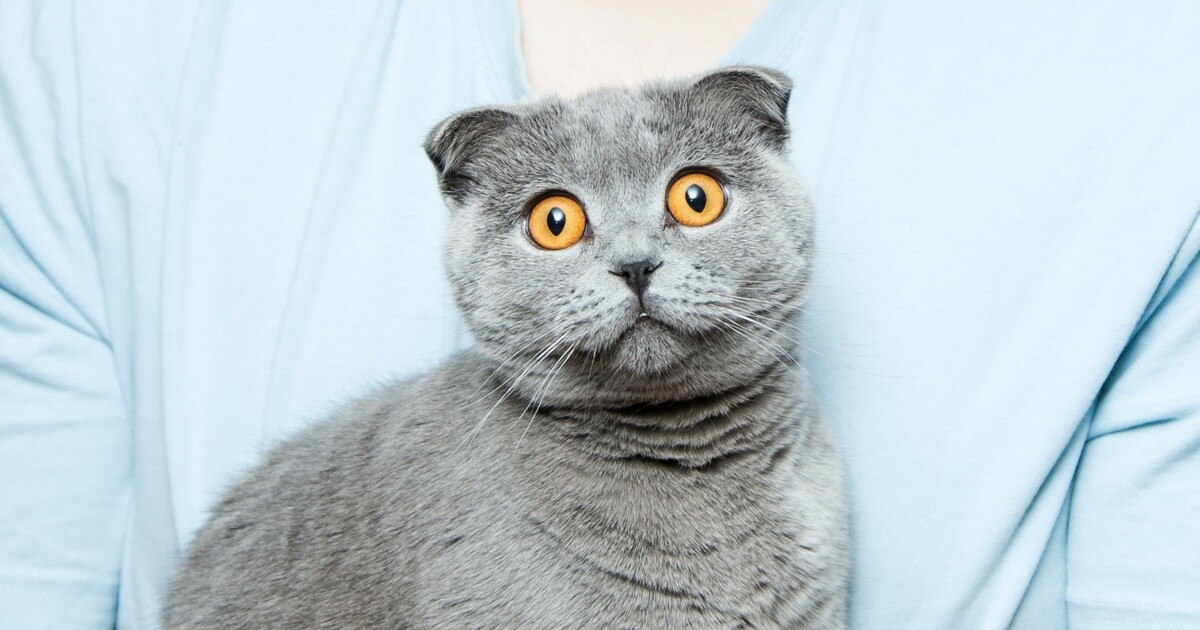 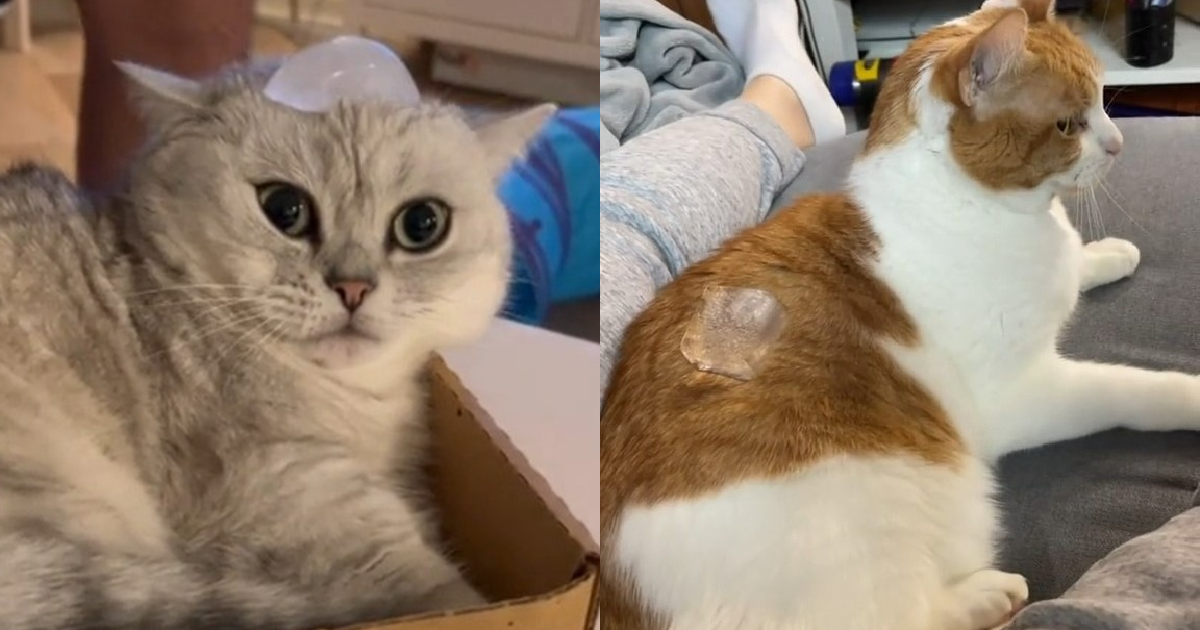 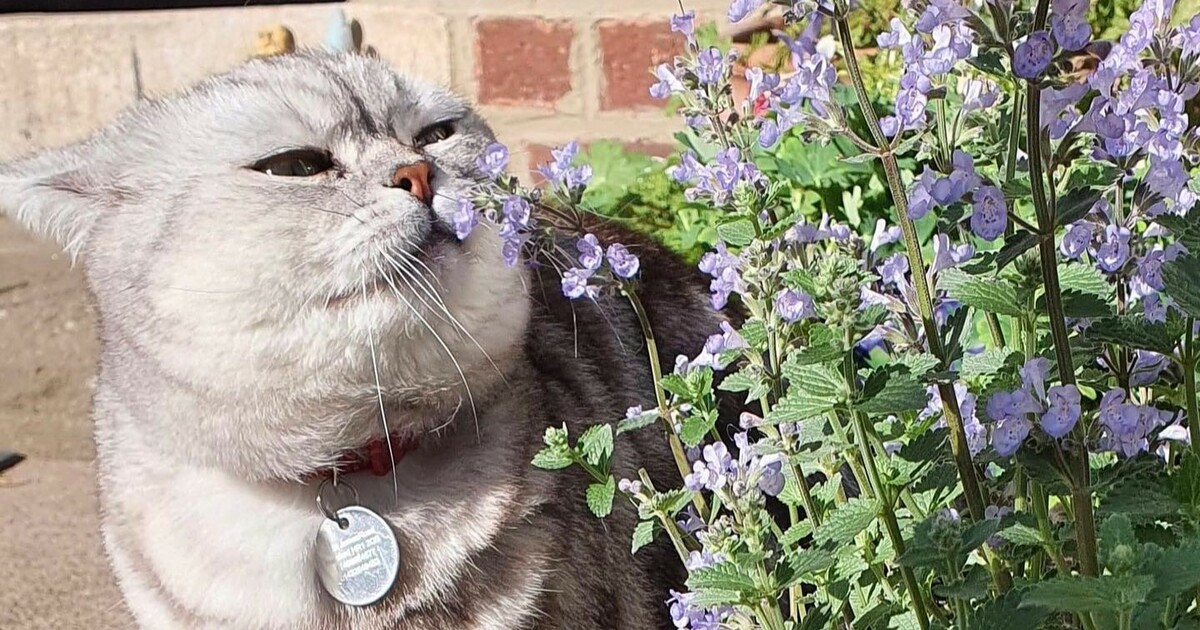 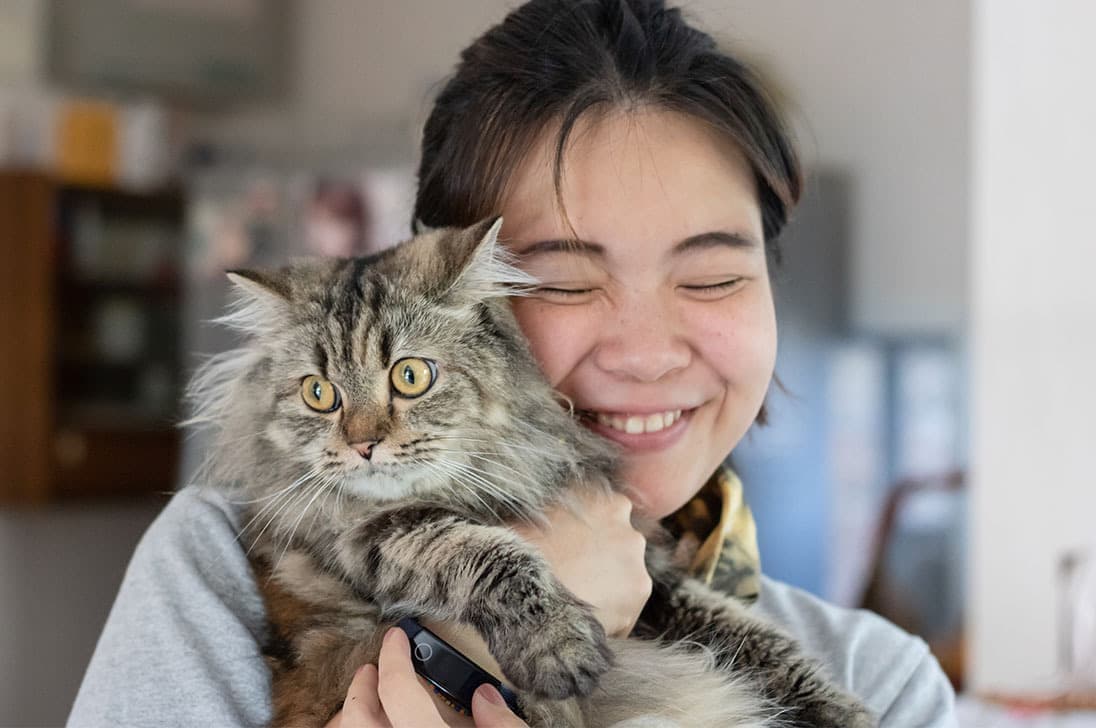