Forrest the cat here, and today, we’re going to get weird…

Humans have quite the habit of asking cats, “What are you doing?”

I’ve heard the question from the first time I ever saw a human hanging around the feral colony where I grew up. In the shelter, it was a common question. And in my household, my parents ask me what I’m doing or why I’m doing it at least once a day. 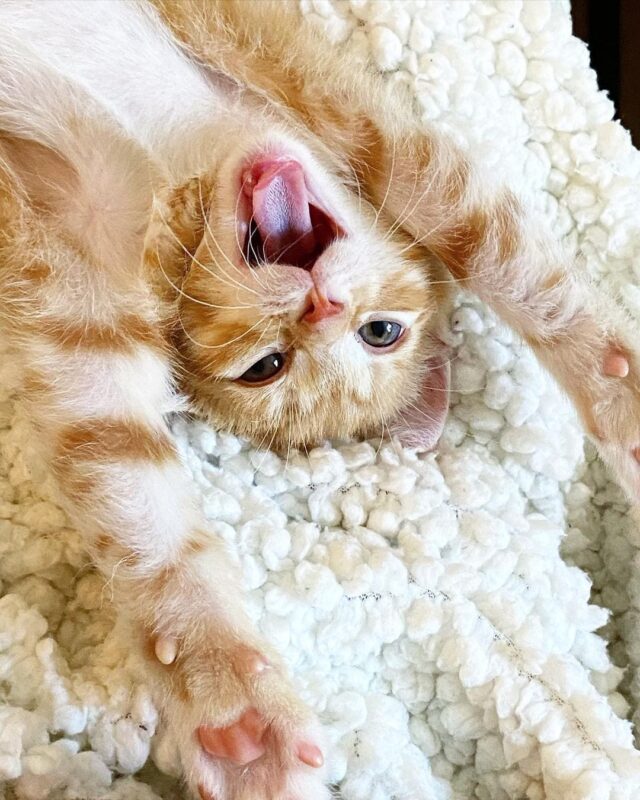 Its become clear in my years of interacting with humans, cats and people think in different ways. While we cats know the intentions of our actions, I realize humans don’t understand some of them just as there are things people do that cats don’t get.

Like the shower. Why don’t you just lick yourself clean? You have a tongue…

And why don’t people take regular naps? One long sleep overnight seems silly when you could doze off and on throughout the whole day so you can enjoy more of the moonlight at night.

But I get it now. Humans just don’t think like cats do and that’s okay, I suppose. Just so long as you’re willing to think cat for your feline dear. And to help you out, I offer you this glossary of the strange things cats do.

The Strange Things Cats Do, Defined 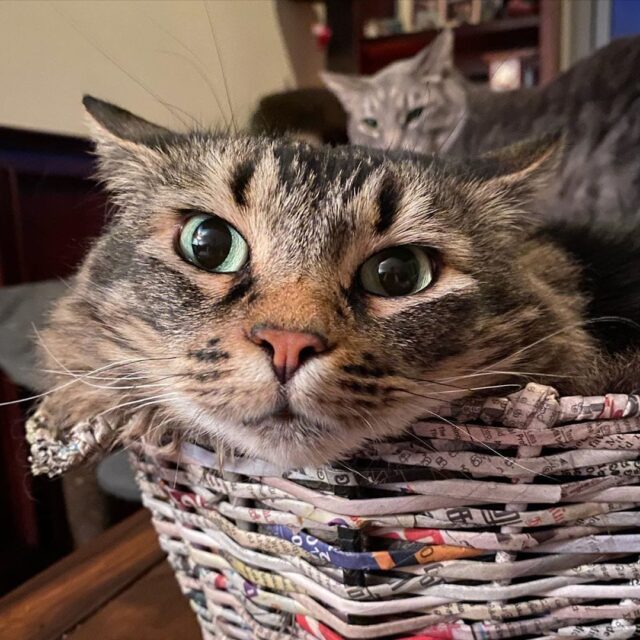 When I flatten my ears back and down, it kinds of looks like they become wings about to take flight, hence the term airplane ears. We generally flatten the ears when annoyed by something. Equate it to your eye-roll. And like you when you’re annoyed, it means a cat needs some space. The airplane ears can also appear during fits of fright, so examine kitty for any other scared cues like a puffy tail and hissy attitude. 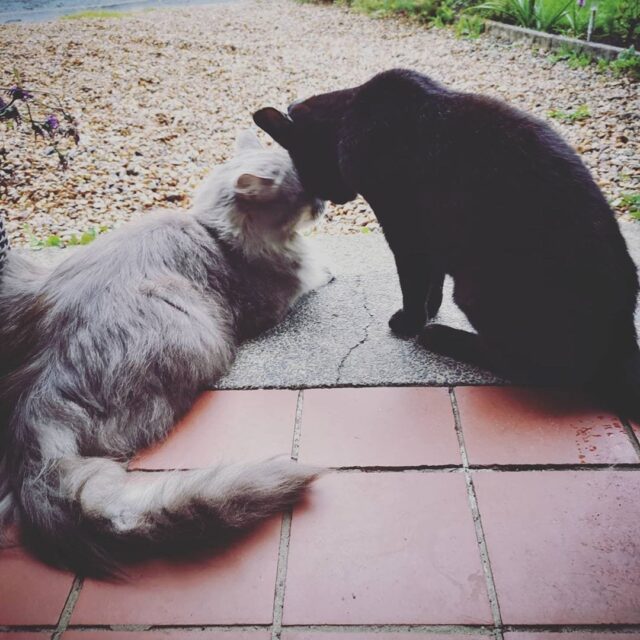 Bunting is a fancy term for head bumping or head-butting. We have scent glands in our faces and bumping our heads on humans or other animals leaves our smell behind. Think of this as a cat’s way of saying we belong together. Cats believe families should carry each other’s scents close. Plus, we use the head bump as a way of getting your attention, after all, how can you resist such love? 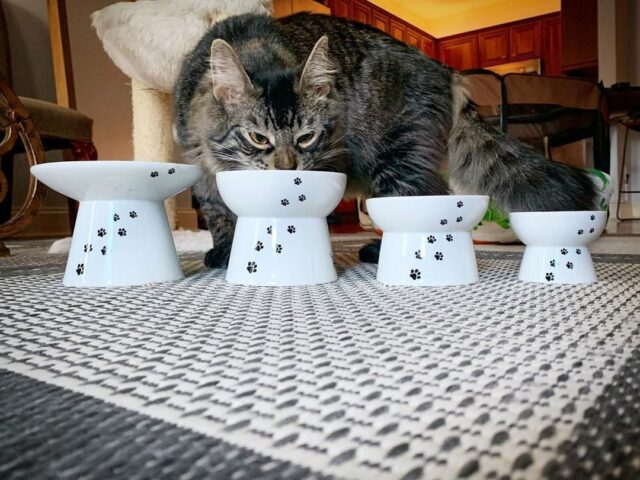 Ever seen your cat try to bury her food bowl? She’s carrying out the instinctual act of caching. In the wild, cats bury food to cover any scent that might attract other predators to the area. Plus, some of us like to bury our food so we can have a little snack later.

You definitely know stink face, but the technical term for our silly mouth curl is the Flehmen response. When we want to smell the deep nuances of something, cats will inhale the scent into our mouths in order to flood the Jacobson’s organ. This organ gives us a deeper ability to process scents, but in order to do it, we pull the stink face. I know, fancy, right? We’re something else.

Fun fact for you, male cats tend to Flehmen more than females as us guys love to breathe deep of lady pheromones. In fact, there’s a lady cat who lives behind me and anytime I catch her scent, I can help to curl my lip.

Whether you call it frapping or the zoomies, either way, it’s a crazy burst of energy that sees a cat running around in a frenzied state. When a cat goes on a frap, or frenetic random activity period, we’re usually just burning off some excess energy. All you need to do is enjoy the show!

You might know this as ‘making biscuits’ and when you see your cat deep in the throws of rhythmically sinking claws in and out of soft material or your flesh, know he’s happy and content as can be. When we’re kittens, we knead our mom’s tummies to help the milk flow and there’s nothing more comforting to a cat than the long-ago memories of our mother’s tenderness.

I know you’ve seen this move before and if it happened to be kittens you’ve seen hopping around, you probably melted to mush. The sideways hop is the ultimate move of a kitten at play. But if you see your adult cat sideways hopping, let them jump their way out of the situation. The hop can serve as a way for us to puff ourselves up and look intimidating to someone we deem an enemy or stranger. 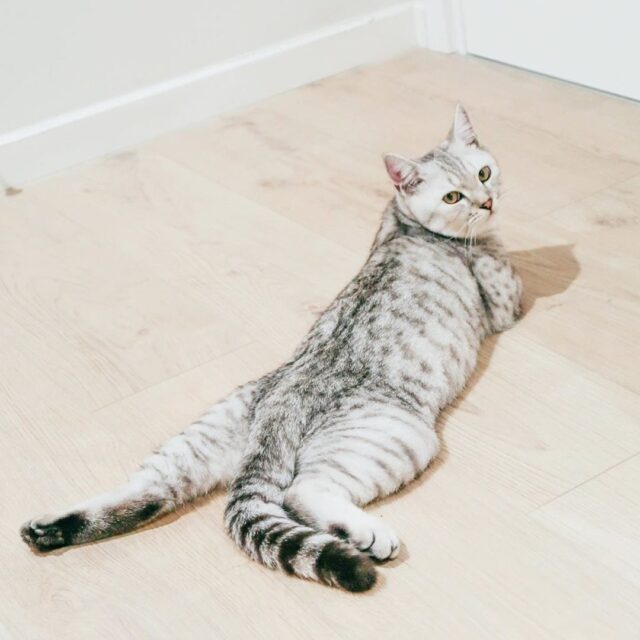 Cats and other animals sploot by laying on their bellies with both their front and back legs extended all the way out. Why do cats sploot? First, cats love a good stretch; it’s right up there with napping in the sunshine. Splooting also allows a cat to cool off by spreading out on tile floors after getting too warm during a sunny nap. And, my favorite reason for the sploot, it just feels so darn good! 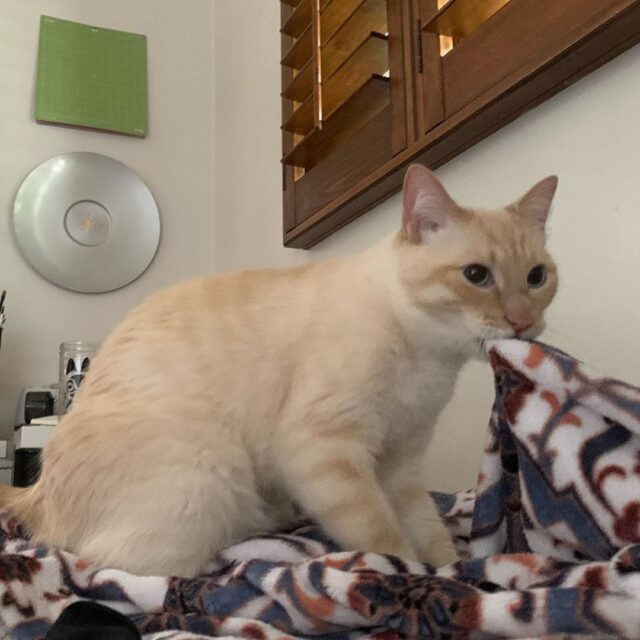 Wool sucking, or the sucking of any fabric, is another behavior that stems from kittenhood and can happen if a cat is feeling stressed. It’s a comfort action that reminds us of our mothers. Also, the suckling can stick with a cat if they were weaned too early. And sometimes, kitties suck on fabric for the same reason we knead, we’re just happy.

Now that you know why we do these things, purrhaps they won’t seem so strange anymore. But one thing that never needs explanation…the depth of a cat’s hunger.

So, don’t forget to feed the cat.