Cats can sure mimic their wild, big cat cousins sometimes, stalking prey with the eye of a tiger or running down a toy like a cheetah. Kittens can be adorably wild too, just like little wildcat cubs. But a woman in Argentina recently learned her kitten actually was a wildcat. A puma jaguarundi to be exact. On a beautiful day in the woods, Florencia Lobo and her brother discovered two kittens while fishing in the town of Santa Rosa de Leales. Alerted to presence of the two baby kittens after hearing a cry from the trees, they followed the sounds of distress. Shocked, Florencia and brother found the pair of kittens cowering near their dead mother.

Thinking the little boy and girl kittens belonged to a house cat abandoned in the woods, the siblings took them home. Named Tito and Dani, the kittens enjoyed the life of spoiled house cats. Two weeks later, Dani, the girl cub, died without warning.

“He likes to play, bite and run pretty fast,” Lobo said in an interview with El Tucumano. Lobo added, “He liked to get on the table and jump from there, he thought it was normal.” 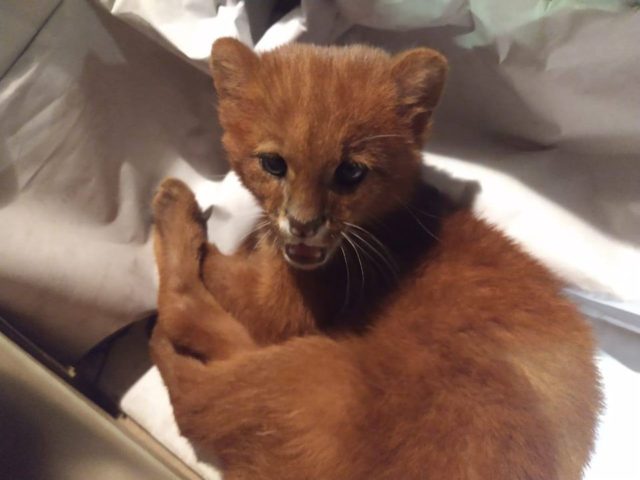 This excess of energy led him to injury, earning Tito a trip to the veterinarian. Upon seeing the ‘kitten,’ the doctor knew Tito wasn’t a house cat.

Florencia reported, “The vet didn’t know what it was but said it was not a normal cat.”

Confirmation of Tito’s actual species came after contacting a wildlife expert. Tito turned out to be a puma jaguarundi, a wild cat native to South America and southern North America.

The Hardest Choice was the Right Decision

Upon learning the truth of Tito, Florencia gave the three-month old cub over to the Argentina Animal Rescue Foundation. Her heart fell to pieces at the decision as she loved Tito so much already.

“He followed me everywhere. He never lacked any meat, milk, or anything where I live,” she said. 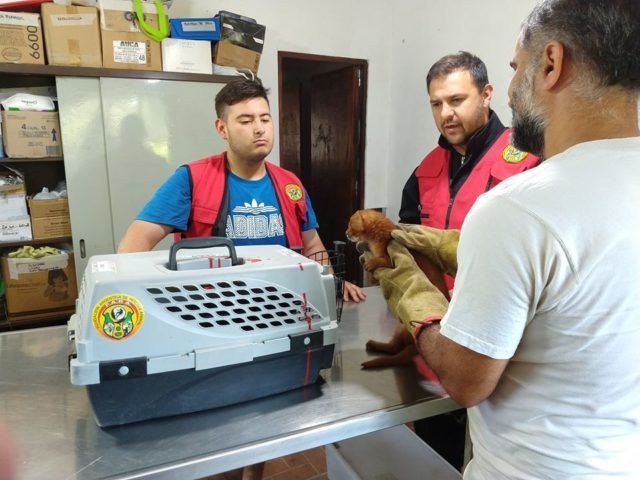 She knew handing Tito over was the best thing for him. Though the puma jaguarundi remains small as wildcats go, weighing between 6 – 20 pounds and standing around two feet tall, the cats are still predators meant to prowl forested land. Big Cat Rescue lists the puma jagurandi’s “primary diet is quite varied and is comprised of small rodents, rabbits, armadillos, opossums, quail, wild turkey, reptiles, frogs, fish and domestic poultry”.

“If you raise and spoil him, you feel like he is yours and it causes you pain that they take him away, but deep down I know that it is good that they took him and will return it to nature,” said Florencia.

Letting Tito go hurt Florencia, but he needed to be with wildlife experts.

Under the care of the Argentine Animal Rescue Foundation, Tito received care for his leg injury, preparing him for an eventual return to the wild.