Feral cats lurk in the high grass behind convenience stores, scrounge for food outside of restaurants, and stealthily survive on the streets. Their colonies are found in countless neighborhoods across the country, but there are a lot people don’t know about them.

Some of the felines you see skittering across darkened streets are strays and lost pets, but the feral population doesn’t fit into either category. Feral cats are as close to “wild” as a domesticated species can be, and the best way to help them is to understand them.

Here are a few common misconceptions that are clouding the public opinion of feral cat colonies.

#1 – They’re a separate species of cat

A feral cat won’t rub against your leg or beg for food like the cats most people are used to, but that doesn’t mean they’re a genetically different species. The only difference between feral cats and pet cats is their behavior. Feral cats are born in the wild and live without human interaction. They take care of themselves, and their fear of humans keeps them from getting close. The word “feral” describes their behavior, it doesn’t classify them as a separate species. 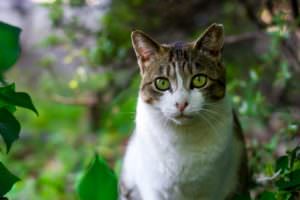 #2 – Feral cats and stray cats are the same

A stray cat might show up on your doorstep hoping for food or cautiously approach you in a store parking lot, but not a feral cat. By definition, strays are cats that used to have owners. They can be scared and skittish, but they depend on humans for survival. You can tell a stray from a feral by monitoring its behavior. Feral cats are elusive and watchful. They’re experts at moving around unnoticed and go out of their way to avoid people.

One of the biggest concerns people have with sharing their neighborhood with a feral cat colony is that they think the cats will attack their children and pets. They’re not socialized and don’t do well with humans, but that doesn’t mean feral cats are aggressive. More than anything, ferals are afraid of people. They may attack if they’re pushed into a corner with no way out, but their responses come from fear, not aggression. As long as you respect their space, feral cats are not dangerous.

#4 – If you find a feral cat, you should take it to the shelter

It can be tempting to scoop up every lonely-looking cat you find and take it to the shelter, but ferals rarely benefit from shelters. Most feral cats that end up at shelters are euthanized. The purpose of an animal shelter is to help pets find new homes, but feral cats can rarely adopted. They lack socialization, and even a short stay in a shelter can cause traumatizing emotional stress. If you find a feral cat and want to help, contact an organization that practices Trap-Neuter-Return (TNR). 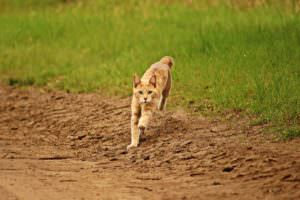 Feral cats look like every other kind of cat. They’re cute and fluffy and cat lovers want to scoop them up for endless cuddles. They think that with time, patience, and love, they can unveil a sweet kitty underneath the rough feral exterior.

Unfortunately, this is rarely true. Adult ferals grow up in the wild, and no matter how hard you try, most will always be too fearful of humans to be comfortable around them. Forcing a feral cat to live as a house cat can do more harm than good. The only exception is with kittens. If they’re found young enough, they can sometimes be socialized and adopted as pets.

Feral cats live on the outskirts of civilization and deserve the same kind of respect and understanding that other wild animals in the area receive. They live peacefully in their tight-knit colonies, and many neighborhoods treat them as part of the community.  The Humane Society estimates there are between 30 and 40 million feral cats living in the U.S., and understanding them is the first step in slashing the stereotypes that put them in danger. 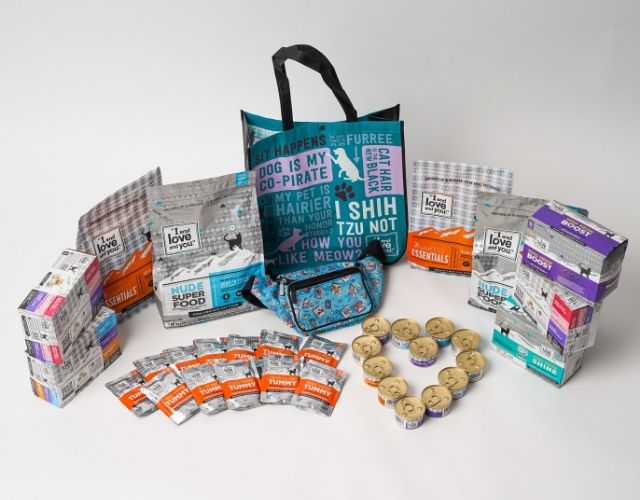