Approaching a year after being found, Vinny Van Gogh lives a dream compared to the nightmare he first knew.

Vinny was a tiny kitten, only 2-3 weeks old when found, but in the short bit of life he’d lived, the little black kitten suffered grievous injury.

Its suspected an animal attacked Vinny, destroying his ear. The injury led to infection, but he had a fighting spirit and finding a kind soul, he marched up to the man, “purring away,” as Vinny’s dad, Collin, described. 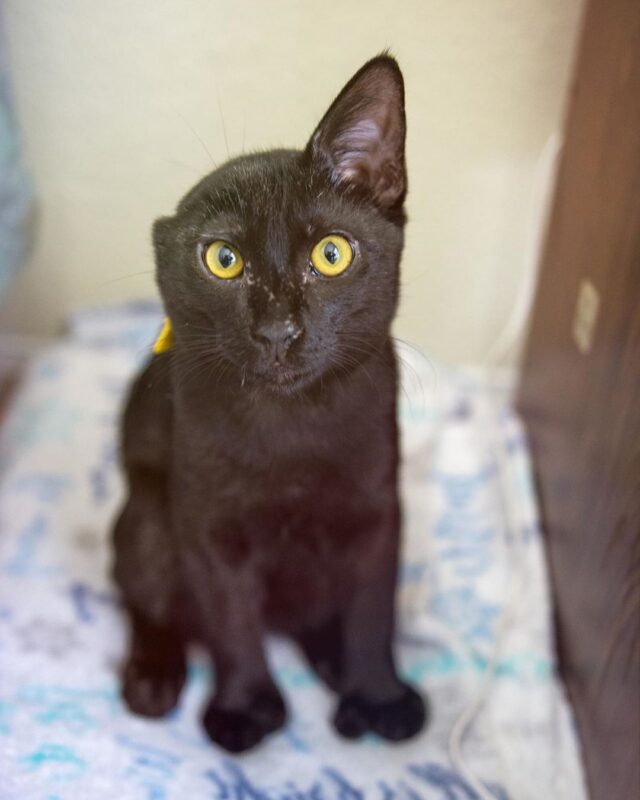 Turns out, the kind-hearted guy who found Vinny was the son of a local shelter’s president. Who better to help as he knew right where to go to get Vinny the help he desperately needed! From the shelter, Vinny went to a veterinarian’s office, where his healing would begin.

“He ended up needing two surgeries; the first to remove his ear and ear canal down to the skull due to infection and the second to clean up some more infection,” said Collin. Here, Vinny would first meet his mom. On his Instagram, he shared how Liz “immediately fell in love” at first sight.

After his surgeries, Vinny fostered with a kitten foster home, but the foster mom had a litter of neonatals on bottles and Vinny’s needs were too extensive.

Liz and Collin seized the opportunity to foster the young black cat. Watching him heal and grow, they grew attached to Vinny and after six weeks together, there would be no letting him go. 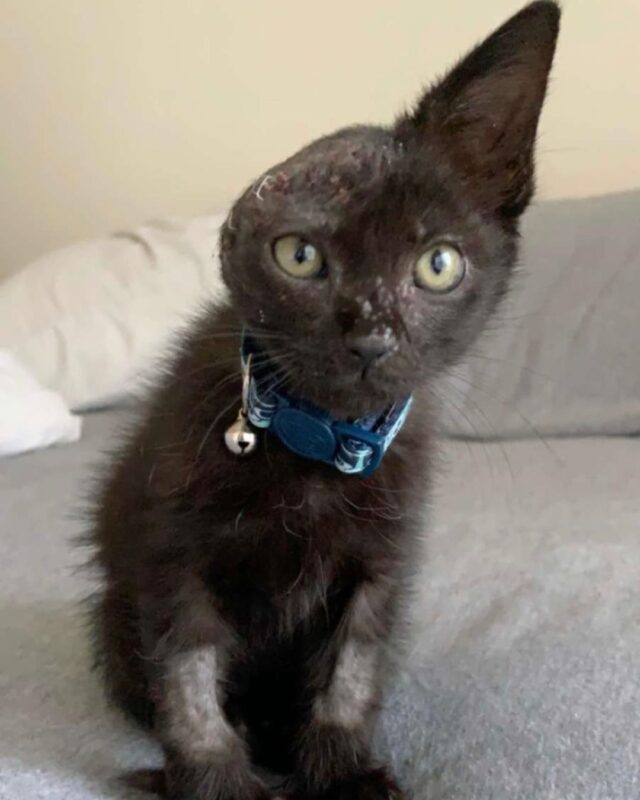 Collin said, “Vinny was such an outgoing and loving little kitten, even recovering from the attack and surgeries, we decided there was no other place for him but with us.”

Vinny’s Instagram page is flush with photos of his handsome and sassy ways. And though he may look like a Photoshop trick, those photos are true to life. He’s really that handsome! 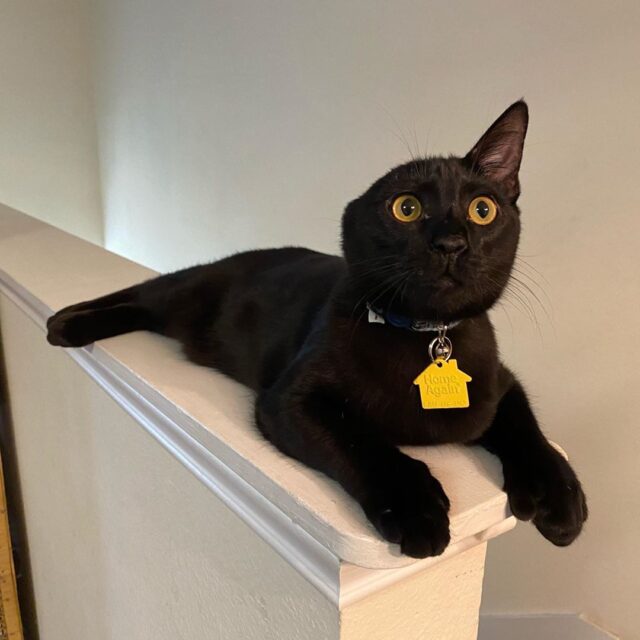 What he lacks in ears, Vinny makes up for in toes. He’s a polydactyl cat, meaning he has thumbs! Hooray for #kittenmittens! Vinny has a dog brother and it’s a give and take relationship. The dog eats his food, but Vinny steals his toys. He assures, “we’re still chill.” 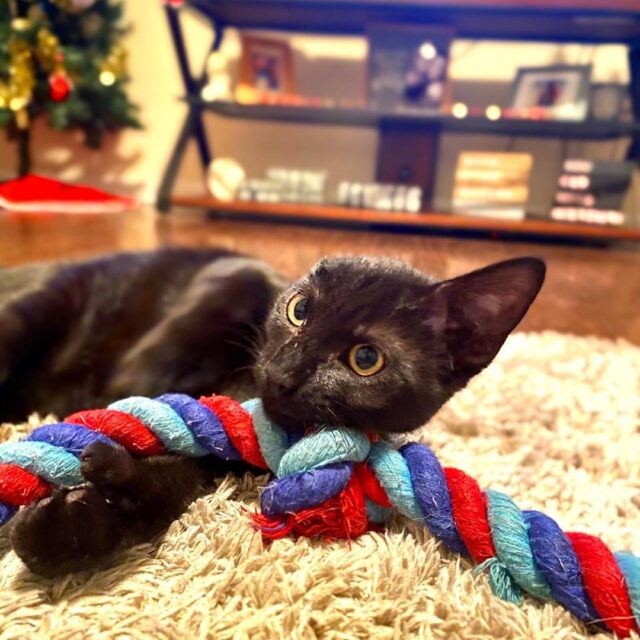 Many fans wonder if Vinny’s hearing has been impacted by the missing ear. Collin offers great news, explaining, “Cats with one ear definitely aren’t broken, and are possibly even cuter.”