You no doubt remember Billy Fox; he’s just too cute to forget!

While adorable and still getting up to his silly antics, Billy has faced some hardships since we first introduced you to him. Though he’s struggled, he’s a tough tabby. With tons of love and support from his parents and his kitty siblings, he’s getting back on his paws in a big way.

From his adoption, Billy was thought to have a mild Cerebellar Hypoplasia, but, as the original tale of Billy tells, he had no problems with playing and pouncing as kittens do. But as time went on, Billy began to have issues with his gait and his bladder. At 9 months old, he lost the ability to use his back legs.

His parents shared, “His neurologist suspects Billy might have an occult neurodegenerative disorder such as leukodystrophy.”

Such disorders are not easy to pinpoint, but as a strongly bonded unit, Billy and his family would do whatever was needed to help him get back up again.

On His Paws Again

After a long stretch of weeks, Billy took his first steps again!

From those first steps on his own, Billy has been gaining strength from regular play, a healthy diet, outdoor adventures with parents, and tons of love!

But the medical angst doesn’t stop. When adopted, Billy’s tail had two broken spots. His parents learned these tail kinks can be a result of “inbreeding situations that result in birth defects.” Because of this issue, Billy can’t feel his tail and during an intense session of playing with it, “he accidentally chewed the tip of it to the bone.”

Luckily, the injury healed and didn’t require any type of amputation, but Billy wasn’t the biggest fan of the cone!

With his tail healing, just three months after the tenacious tabby started stalking the house again, Billy has made a triumphant return to jumping!

“No matter what life throws at him, he keeps being the most happy and playful cat we have ever seen.”

While he’s had to adjust and face learning to walk again, some things never change. As he did in kittenhood, Billy still bears his fangs in adorable fashion!

“Because he likes to bite us and our other 2 cats, we tell him he is a vampurr.”

Here’s to many more victories on your road to recovery, Billy Fox, you seriously cute cat!

Cat lovers go silly for videos of kittens being cute and the subject of a recent video has us melting from a #CutenessOverload.

A few days ago, the world was introduced to a seriously cute kitten stalking a camera. You know the video, a ridiculously adorable kitten slowly creeps across a room, practicing his stalking abilities. When the kitten pounces the camera, his joyful purr floods the speakers.

When that pounce is made, hearts explode with the absolute adorability of the tiny tabby kitten.

But who is this darling of delightful? 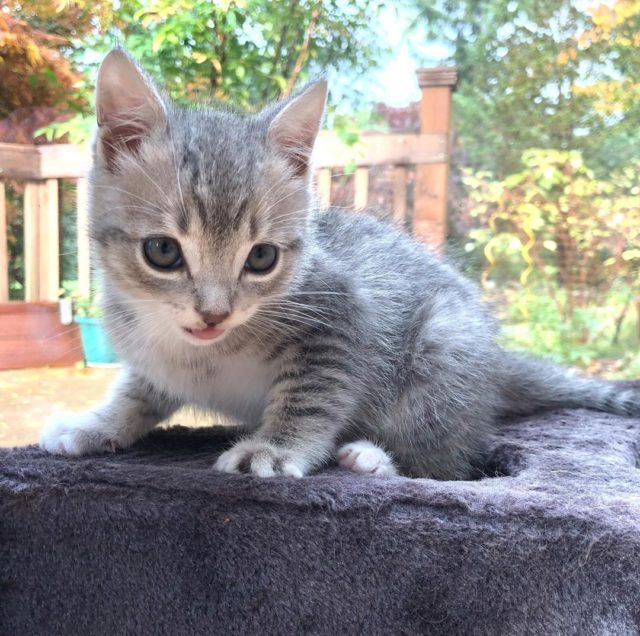 The video of the stripy grey kitten practicing his moves names the little boy as Billy Fox. A little Google magic and sweet Billy’s Twitter page soon revealed a feed full of cuteness. 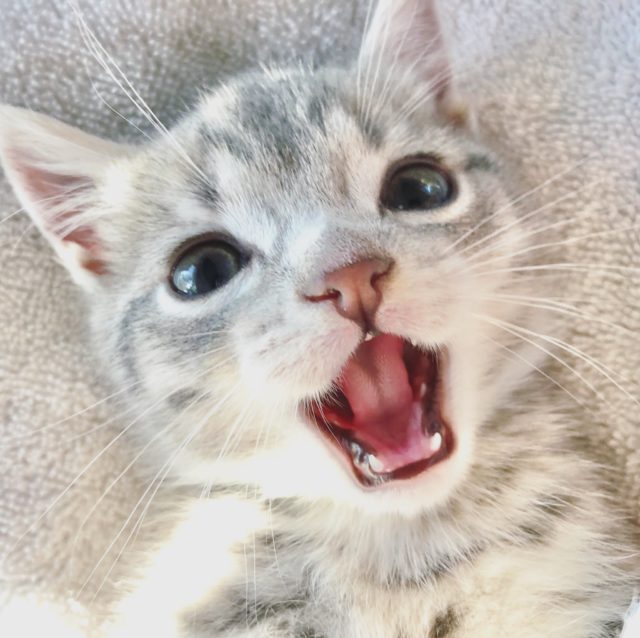 His bio reads, “Yeah, I’m Billy Fox the #catpire 🐾”. And, he also tells followers, “I chase and bite my dada’s tail”. Dada Torc the Cat is quite tolerant of his little tabby shadow, even when Billy Fox is making the decision between “play, bite Dada’s tail or kiss Dada”.

But, how could the handsome tuxedo cat not love his tiny kitten son? 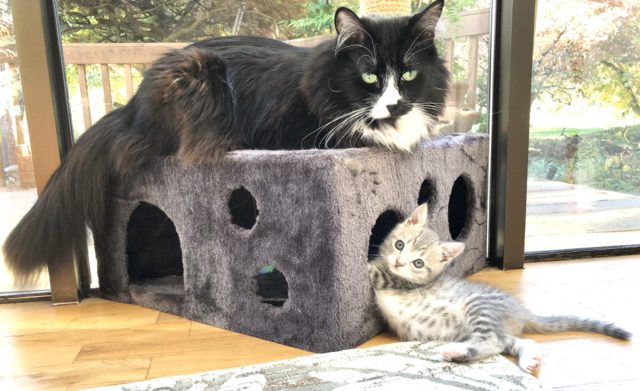 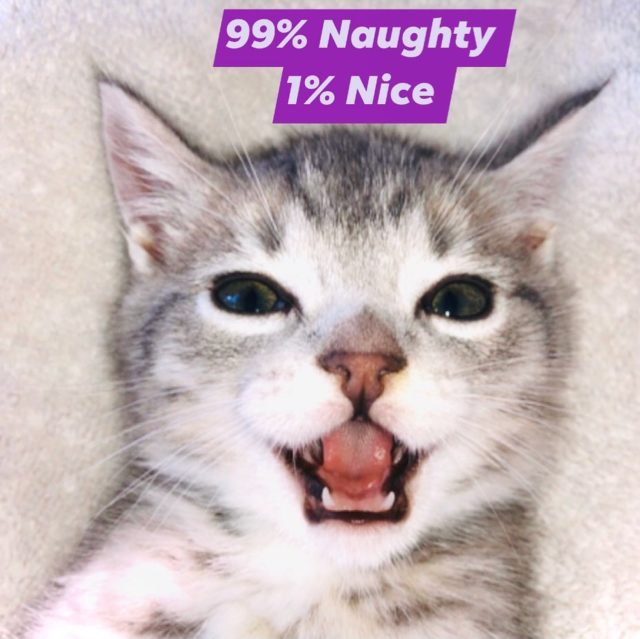 Of his journey to adoption, Billy told followers, “I was left by my mother in the middle of the street and I was rescued last second”. But, now he’s happy at his forever home with his dada and his human minion. 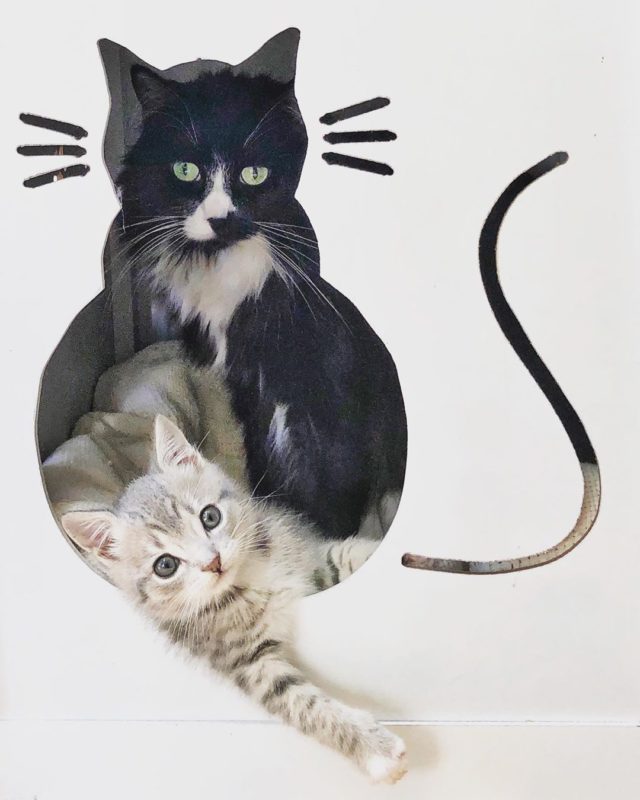 Billy Fox has a mild case of cerebral palsy, which means  he has “a little bit of head tremor, but because I feel safe and loved, the tremors are very subtle.”

Billy Fox also informed fans his tail, while purrfectly puffy, “was broken in 2 places and can’t go straight when it is puffed up. My hooman hopes it wasn’t intentional!” We hope not either, darling dear! 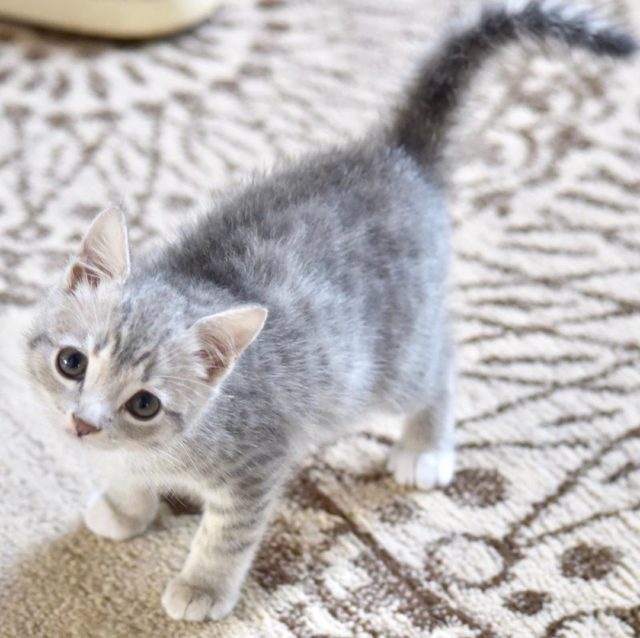 Being a Kitten is Busy Business

Billy Fox is a busy kitten, but he still has time for his fans. 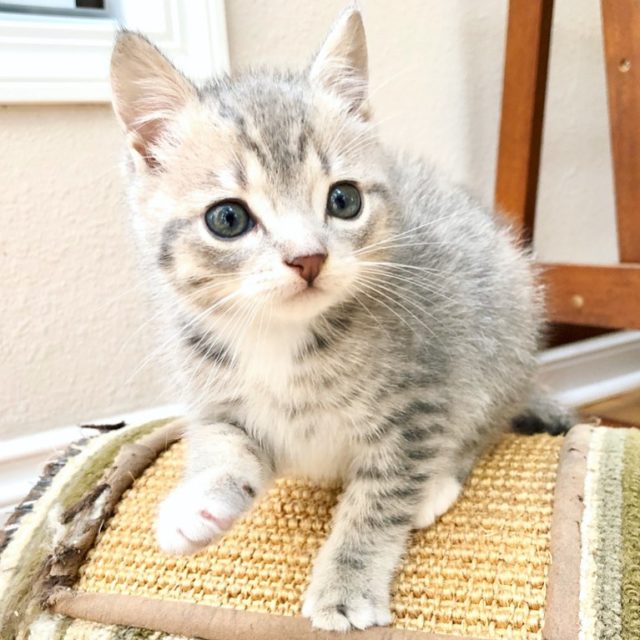 The grey tabby kitten keeps his days filled with play… 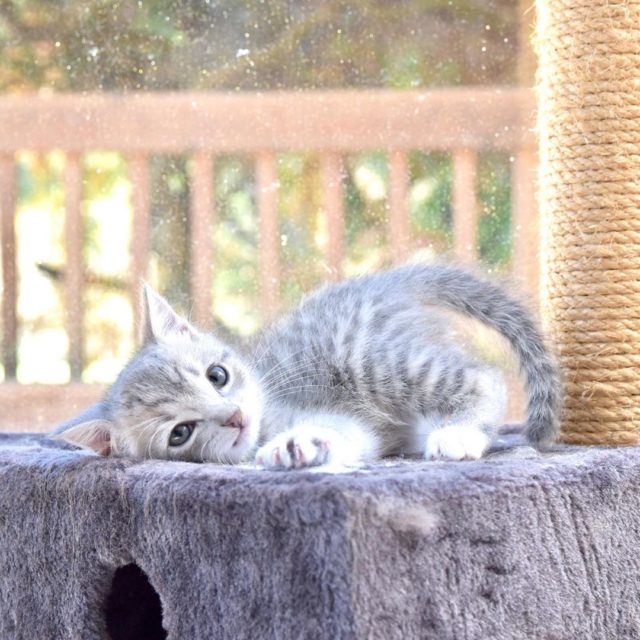 His daily workout routines keep him “fast and purrious” but when the play is done, Billy Fox is a sleepy kitten baby. 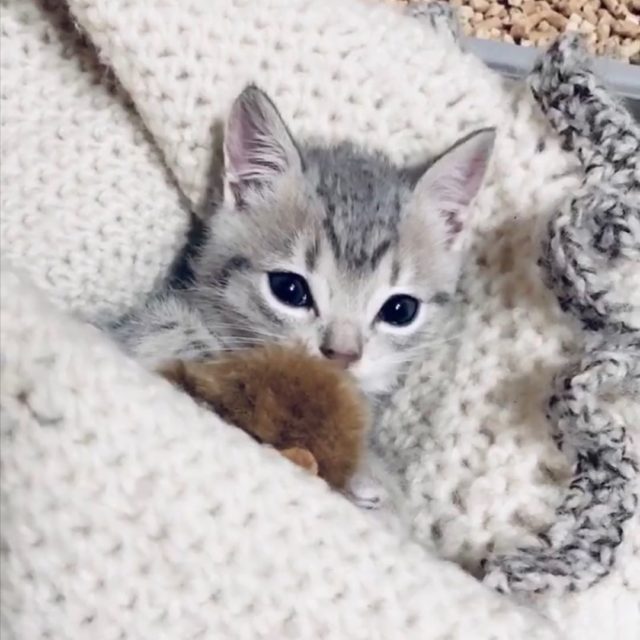 That light better go out when the baby is ready for bed though, or he’ll let you know about it! From his first night with his new family, Billy Fox knew the magic of a good night’s sleep, which meant he felt safe and loved.

Here’s the video that first introduced us to Billy Fox… 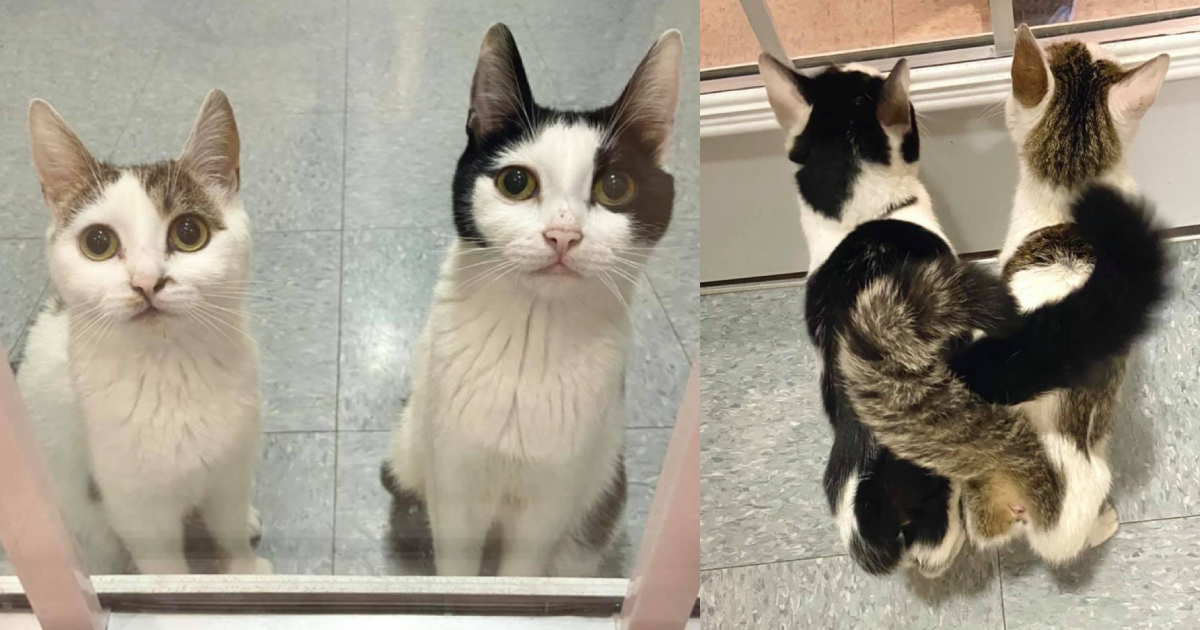