As a cat who grew up on a canal in the United Kingdom’s Birmingham, Big Ginge knows his way around the water’s edge. He also learned from an early age to stick close to his houseboat so he could come right back to the comfort of his floating home. Even when he and his family would set sail for adventures on the water, Big Ginge would check out the nearby sights in the company of his brother Diesel and mom Weasel. And all three cats would always return to the boat to their waiting pawrents, Colin Clayton and Eva Bellamy.

As traveling was a usual affair for the family, the cats accompanied Colin and Eva on their honeymoon to Fradley Junction, located 25 miles from their homeport of Birmingham. As usual, the feline trio went off to look around, but Big Ginge never returned. And he wouldn’t come home for ten years.

Colin and Eva were worried when 3-year-0ld Big Ginge didn’t return to the boat, but they’d had to wait on a cat’s slow return before.

As Colin explained to Cats Protection, “Whenever we took the cats on holiday there has never been any issue with them finding their way back, although sometimes we might have to stay an extra night if they didn’t return in time.”

But that wasn’t the case on this trip.

“The others came back as normal but Big Ginge didn’t so we stayed an extra five days, walking for miles around the area calling out his name and putting up posters. We registered him missing on his microchip but unfortunately we had to leave.”

Though gone from his family, Big Ginge made his in the way the world for ten years.

Those years will stay a mystery with the orange boy remaining mum on his whereabouts, but we do know in the last year of his adventuring, Big Ginge had caught the attention of Cats Protection Lichfield & Tamworth Branch.

Branch Welfare Team Leader Sue Hocknell shared, “When we learned about a stray in Lichfield earlier this year, who we called Marmalade, I spent three weeks every evening attempting to trap him so I can could scan for a microchip – but he was having none of it!”

Seeing his story shared on Cats Protection’s Facebook, residents of the Lichfield area shared seeing him as well as pictures. And over time, Marmalade, aka Big Ginge, slowly made friends with a kind man who had started feeding him. Finally, the orange boy wandered into the man’s flat. His new friend noticed Big Ginge had a lump on his side.

Sue explained, “I managed to get a quick vet appointment and that’s when we discovered his true identity.”

Once Colin and Eva received word that Big Ginge had been found, they brought their boy home to the boat. And he’s taking to it home like he never left.

“He seems very comfy back in his home and has spent a lot of time eating and sleeping,” Colin shared. “He’s walking around, rubbing himself up against everything, and kneading Eva when sitting on her lap.”

And for spending so much time on a stray cat adventure, Big Ginge was pretty healthy. The vet treated him for fleas and determined the lump to be nothing serious. This means the 13-year old ginger cat has many happy years with Colin and Eva ahead of him!

Keeping His Paws Home on the Water

Now that he’s home, Eva and Colin have decided Big Ginge will be staying aboard the boat with dog siblings Mutley and Misty Moo.

“Big Ginge and the dogs are not bothered by each other at all,” said Colin. “For now we will be keeping him indoors. He seems very content and has shown no interest in venturing out. We feel that Big Ginge has had enough stress in his life and we are confident it will all work out.”

Thanks to a microchip, Big Ginge found his way home again after his family thought him long gone. Sue and Cats Protection feel Big Ginge’s story “highlights the importance of microchipping and keeping contact details up to date.”

Sue also said, “It is lovely for us to play a small part in this happy ending.” 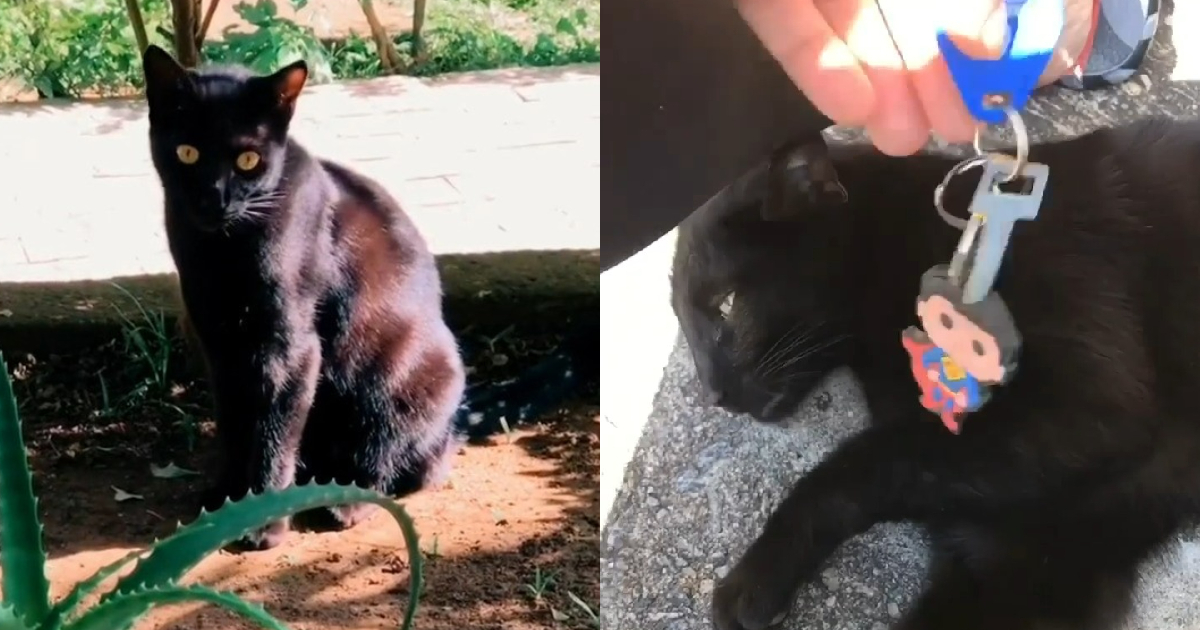 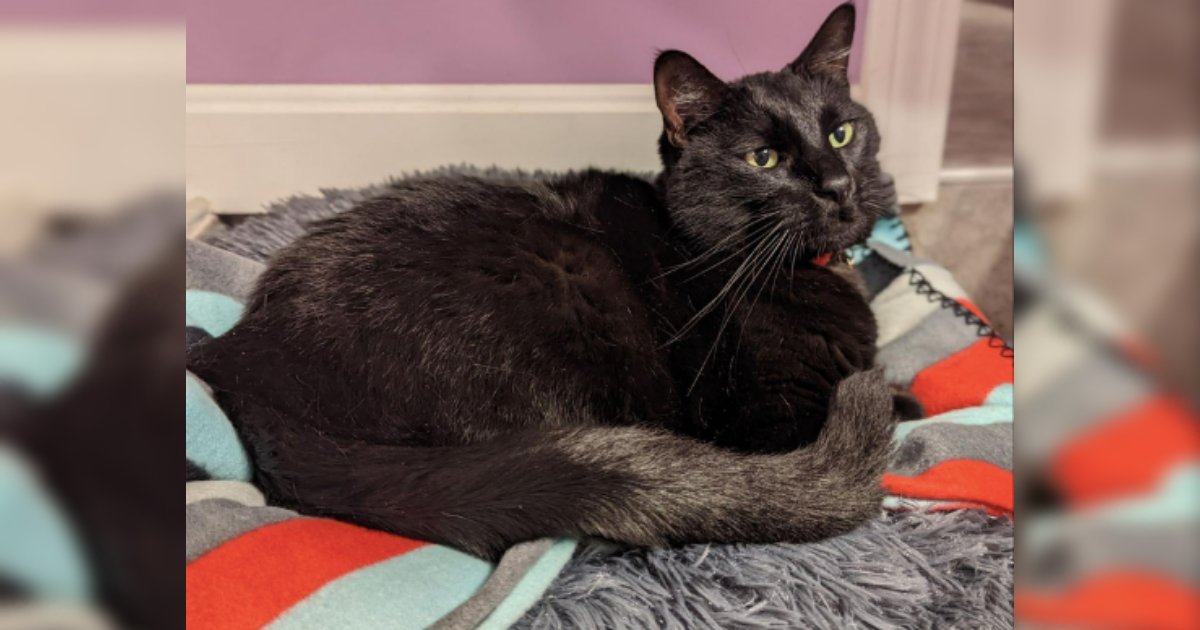