Roscoe the cat has become the next cat meme sensation thanks to the look of surprise he’s wearing when he catches a glimpse of himself in a magnification mirror. The photo is a perfect combination of mirrors and adorability. It’s easy to understand how folks have fallen for the grey tabby and his perplexed expression.

Katie, Roscoe’s mom and a doctoral student told Buzzfeed, “He always has this look of surprise on his face that just constantly makes me laugh.”

And when he settled into the bathroom sink last fall, which happens to one of his favorite perches, Katie was there, phone in hand for a perfect moment in time. 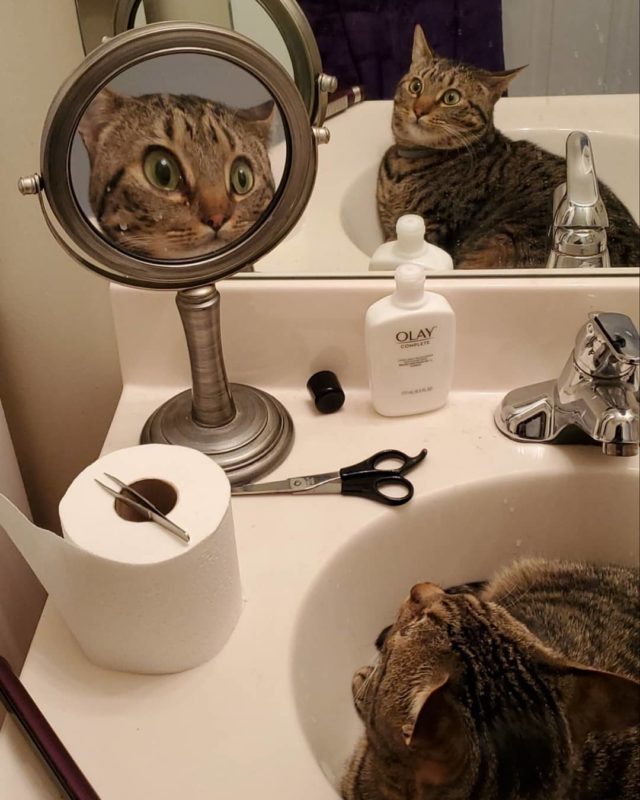 “I was just going about my business when I looked down and saw his reflection in the magnifying mirror and I started laughing hysterically,” Katie said. “It was hilarious, and thankfully I was holding my phone. So I quickly took a picture and sent it to my friends on Snapchat.”

She also posted the picture in Facebook cat groups, as well as Reddit. It didn’t take to long to achieve viral status from there. A Viral Moment Again and Again

“I thought that was it for Roscoe’s 15 minutes of fame, but fast-forward to yesterday and I start getting texts from friends that said they saw him on Twitter again! The new post went like three times as viral!”

All the attention the photo received is no surprise. Katie catching Roscoe’s surprise at his oversized face in the mirror is priceless. That she caught him from all angles truly turns the moment into hilarious art.

In fact, Roscoe fans have even posted their artistic renditions of the viral moment. 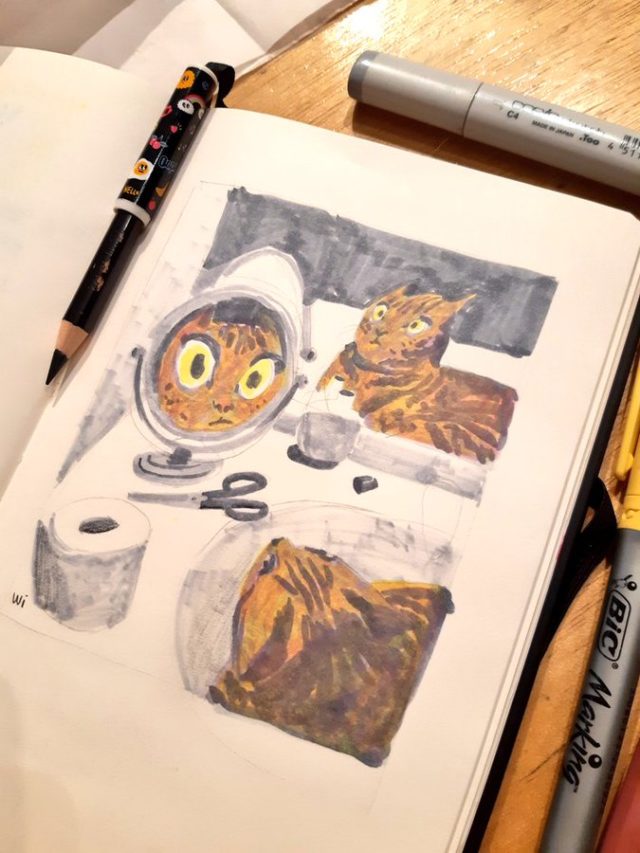 “It’s been really fun seeing how much people love it and all the memes and drawings people have done of Roscoe.” Roscoe and Katie became family a couple of years ago when she adopted him. She said of their meeting, “As soon as I met him, I knew I had to adopt him.” “I love him, and he’s my best furry friend.”

And that’s easy to see from the photos on his Instagram page. Those round eyes of his often create a look of surprise. Like he’s just witnessed some big secret and he has to keep his furry lips sealed. 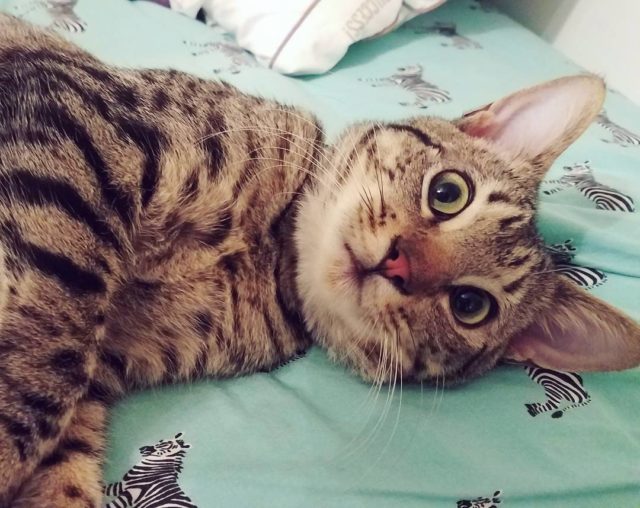 But when he’s not looking like he’s stunned, Roscoe wears the cutest tabby smile. 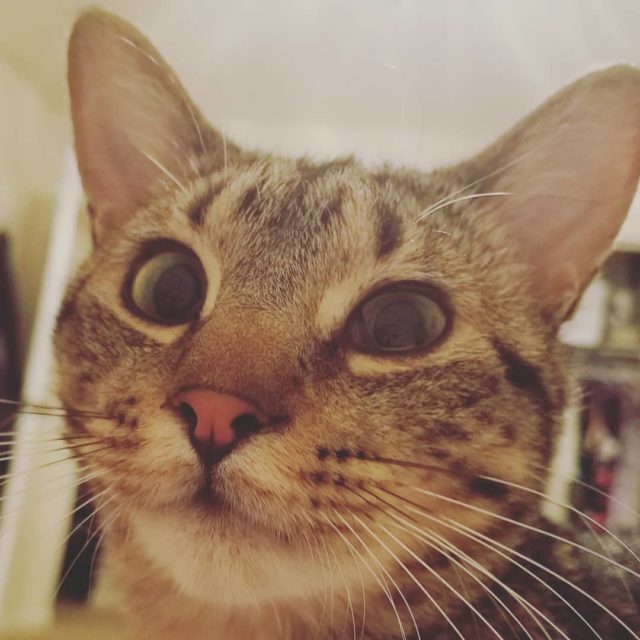 “He has brought so much joy into my life, and I’m glad he’s bringing joy to others too!”