Every cat tale is great, but some just really fill your heart with love.

And the tale of Gus the cat finding a hurt baby bird is one that will leave you blubbering over the sweetness.

Gus is a darling. You don’t have to meet him to know he’s a kind soul. Just seeing his photos tells you this boy has a big heart and a bottomless well of compassion.

But to be so good, Gus comes from a sad past. When he first came to live with dad Sebastian Hart, Gus was so anxious and fearful, he hid under the bed. And not just for a couple of days either. Gus spent five months working up the courage to overcome past worries. 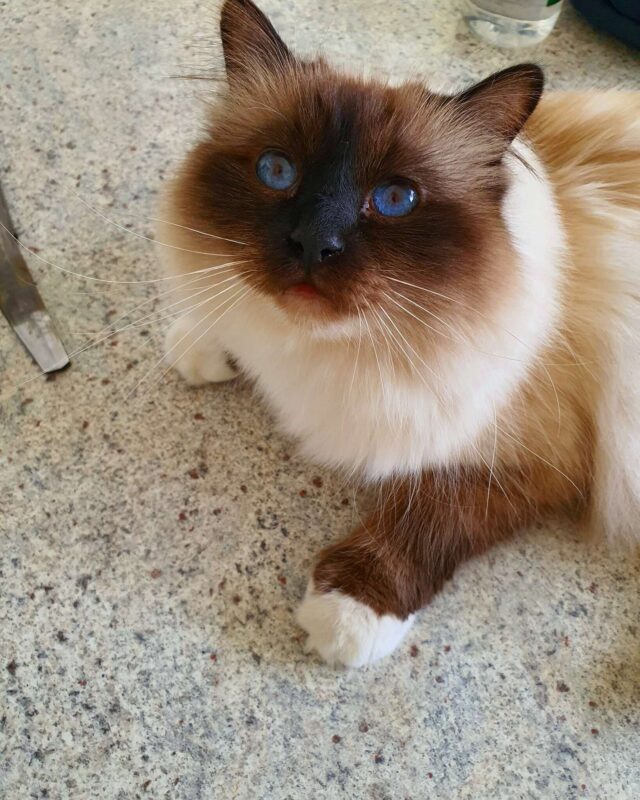 Gus’s dad understood and helped him work through his fears as he was dealing with his own issues with anxiety. Together, the pair moved toward brighter and calmer days, forging a tight bond.

“I’m not his owner, I’m his friend,” Sebastian explained. “He is just an old soul.” 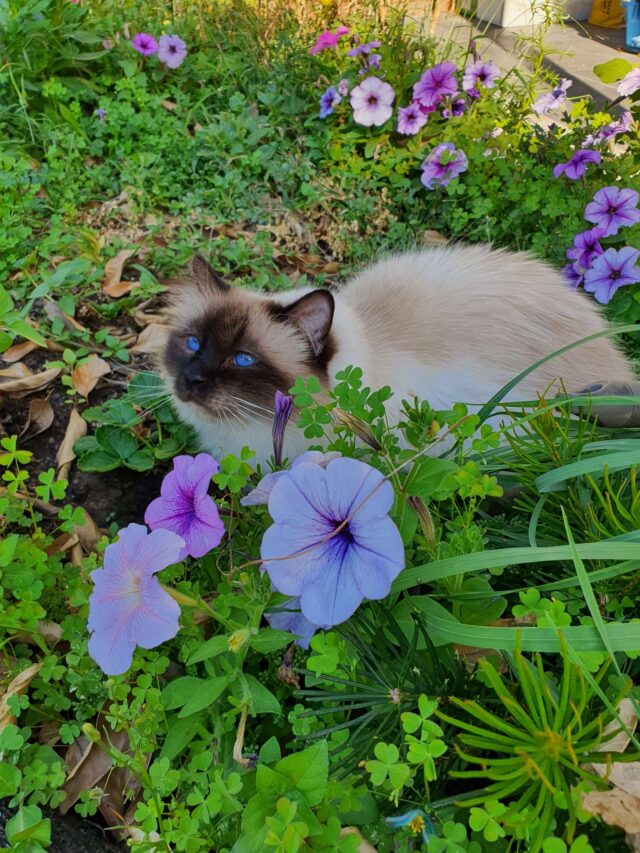 And this old soul has one of the kindest hearts ever. His dad is his best friend and he loves to tell Sebastian about all the things he sees in a day. Sebastian is used to hearing Gus chatter on, but there was one day Gus’s usual meows told a different story.

Like any other day, Gus was outside, enjoying the fresh air when he started meowing. Like really meowing!

Sebastian said, “When he was carrying on from the side of the house I didn’t think much of it at first, just figured he was seeing a butterfly or whatever.”

But Gus just kept on. Then he came running, meowing and meowing at Sebastian. The concerned cat ran back outside and when his dad didn’t come with him, Gus came back, talking some more. Finally, Sebastian knew he had to see what had Gus in such a tizzy! 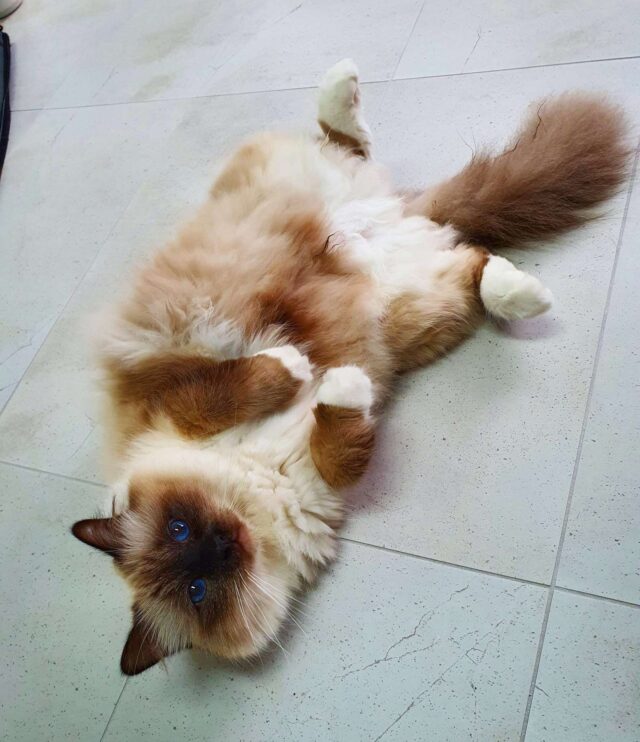 Seeing Gus’s discovery turned out to be quite a surprise.

“He was sitting in front of this tiny baby chick,” said Sebastian. “It was screaming for its mum … Gus was calling out to me to help this tiny little thing out.”

The little bird had fallen out of its nest and Gus knew the baby needed help! Sebastian jumped into action and grabbed a ladder and gloves, leaving Gus to stand guard. It was obvious this baby was safe with the caring kitty. 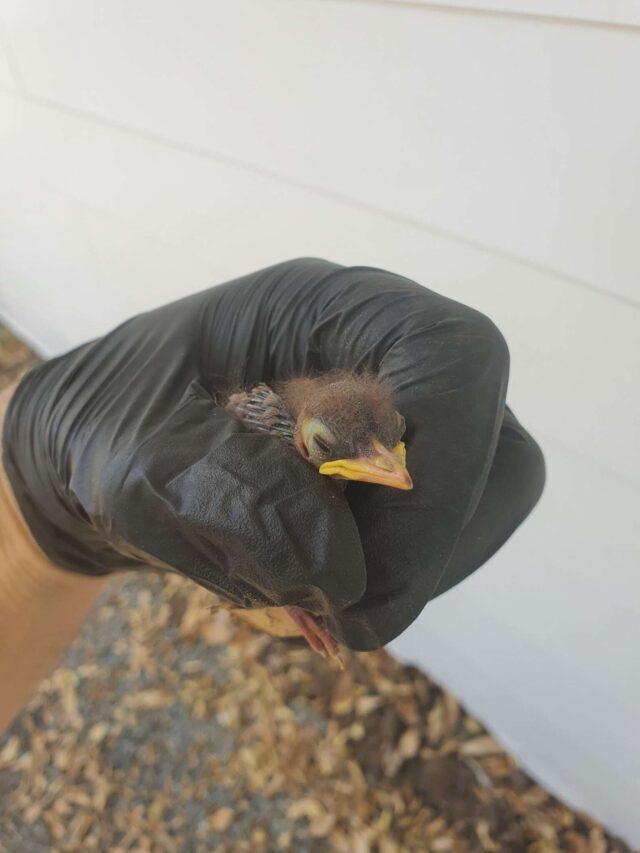 “I left Gus with the bird, came back within a couple of minutes and Gus was still there watching over it. Honestly, it was remarkable.”

Returning the baby to safety, Sebastian shared, “I got on the ladder and put the bird in its nest, realized there were two more in there and saw the bird’s mother watching the whole thing.”

As for the hero cat? “Gus figured his job was done [and] went back to chewing his cat grass. It was just so wholesome.”

And so within Gus’s compassionate character. Some kitties would have found a snack in this moment, but not Gus. His dad wasn’t at all surprised his sweet boy saved a helpless bird. 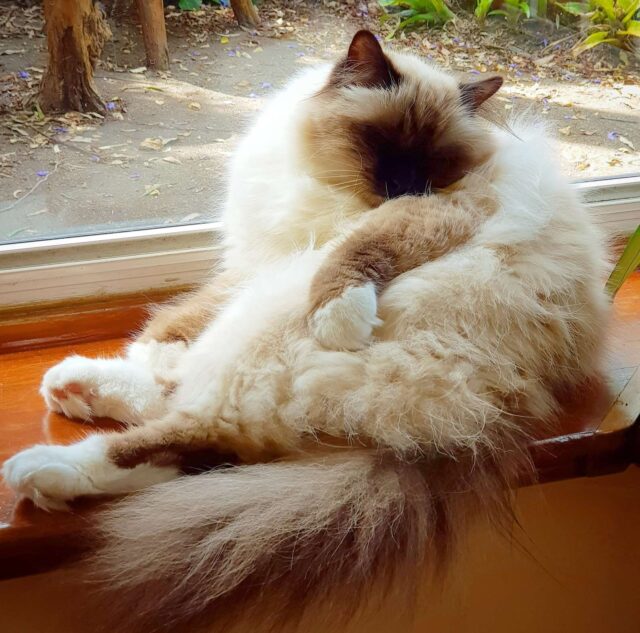 He’s a very kind cat, has never scratched, bitten, or hurt me or anyone. He’s just a really nice little dude. I’m blessed to have him in my life.”

All this love warms the heart, proving kindness, whether in humans or animals, can improve most any situation. 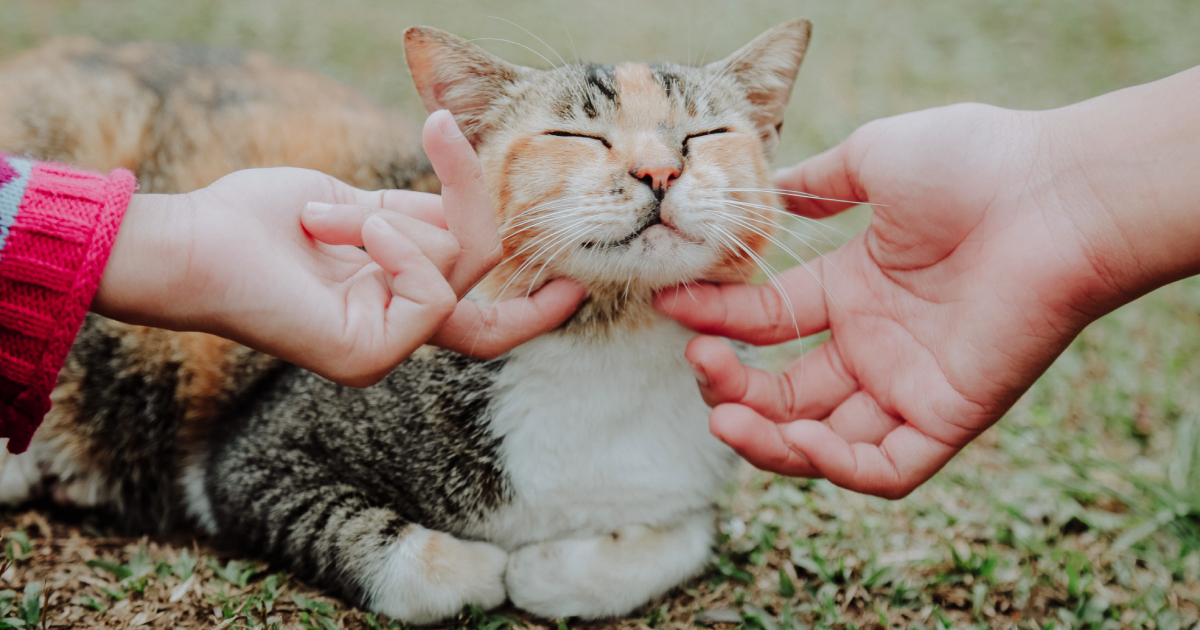