Collectors are particular about their treasures, but cats don’t care. If it means a good time, kitty cats will destroy anything. Phumai Phornthong discovered this hard truth after hours of work on an intricate collectible of a famous manga cat.

Phumai manages Turbo Toy in Bangkok, Thailand and he’s used to piecing together intricate collector’s items for clients. In March, he received a 2,432-piece Doraemon interlocking block set. The large box contained several bags of blue, white, red, and yellow blocks as well as an instruction manual on how to assemble the robotic cat from the 22nd century. 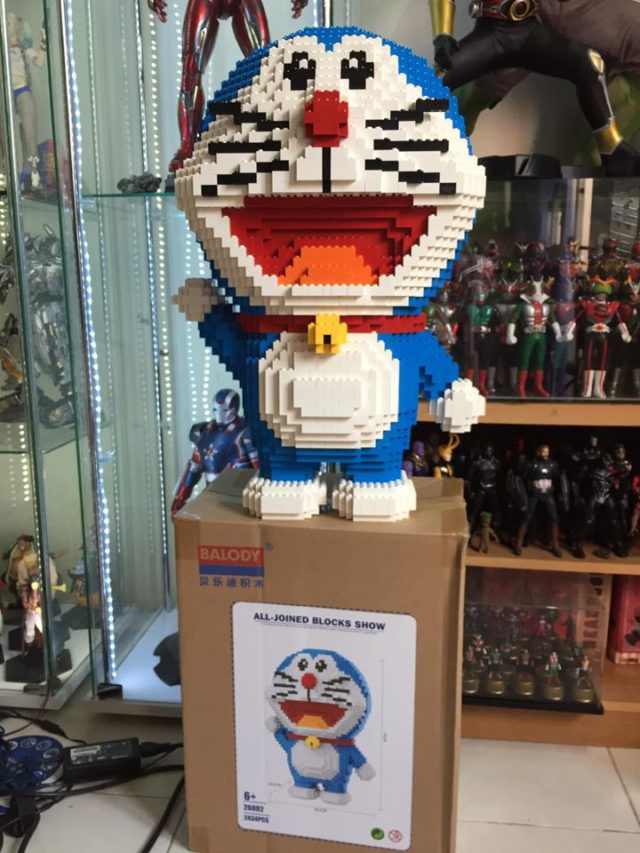 With so many small interlocking pieces, construction was no easy task. He set to it with a beer at his side, knowing the project wouldn’t be a one-night affair either. In fact, it took more than a week for Phumai to assemble the Doraemon. 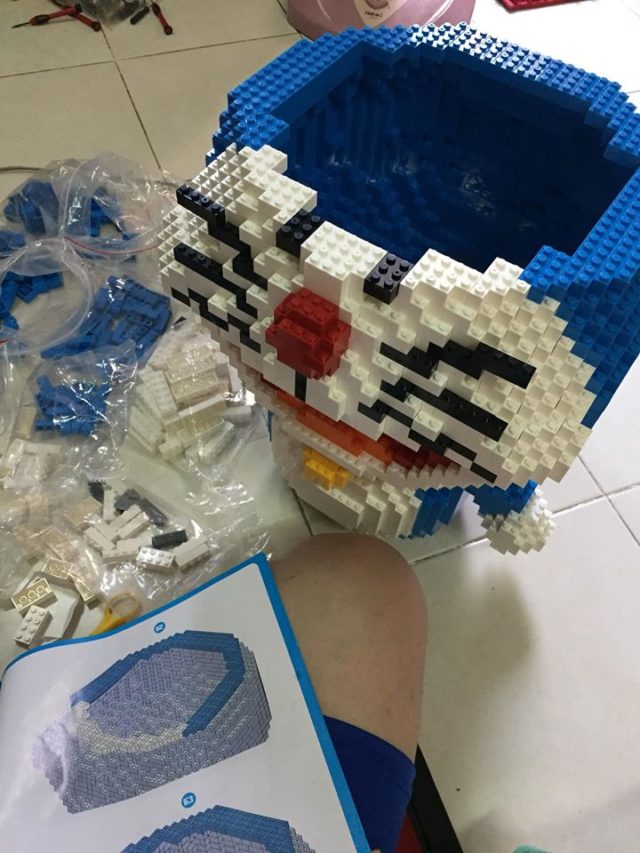 Though Phumai spent so much time on the challenging Doraemon, the figure sat for months, waiting for the right buyer. And finally, a collector made the buy with a request to have it ready for pickup by the New Year.

But Disaster on Furry Paws Awaited

On December 27th, just a few days before the decade’s passing, Phumai turned to Facebook to vent some frustration with his sweet tabby, Sing. His post revealed the Doraemon figure he’d labored over months ago busted to pieces. Its destroyer posed in the middle of the crime scene, little cat paws up, looking adorably guilty. After months of sitting and waiting, the collectors item caught the orange tabby kitten’s interest. But the mischievous kitten’s intentions were anything but innocent. As the giant figure sat drying from a final coat of glue, Sing grew curious and knocked Doraemon to the floor, scattering Phumai’s hard work and his hopes of 4,500 bhat, the Thai currency.

The buyer had wanted Doraemon as a gift, but when Phumai informed his customer of the catastrophe, they were understanding as everyone knows cats can be troublemakers. Luckily, Phumai had other pre-assembled collectibles available and the customer left happy.

Phumai’s most recent post on Facebook contains a picture of the pair crashed out in a nap together, proving Sing has been forgiven for his destruction of Doraemon. 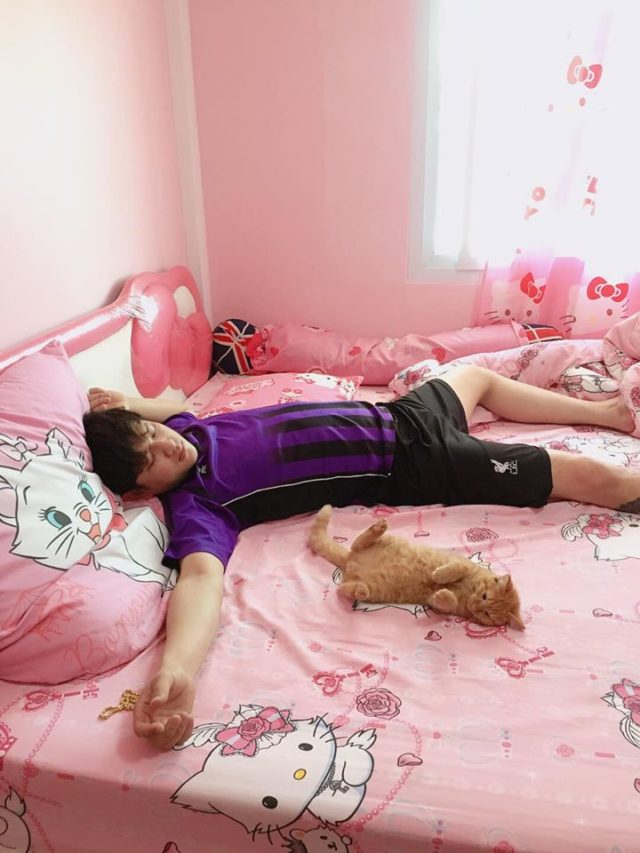 Those of us blessed with cats understand. Kitties break our stuff, but never our hearts…