Here’s a scenario for you…

You’re cruising along in your sailing yacht with the promise of good seas ahead. But, dawn has not yet colored the sky, making obstacles in the water hard to spot. Suddenly, your boat has become entangled in the reaching lines of a lobster pot.

A scan of equipment reveals large vessels in the distance, cutting the water and heading your way. There’s no sailing free as the lobster pot lines hold you ensnared in danger’s way. You put out the call for help and it arrives to cut your boat free. 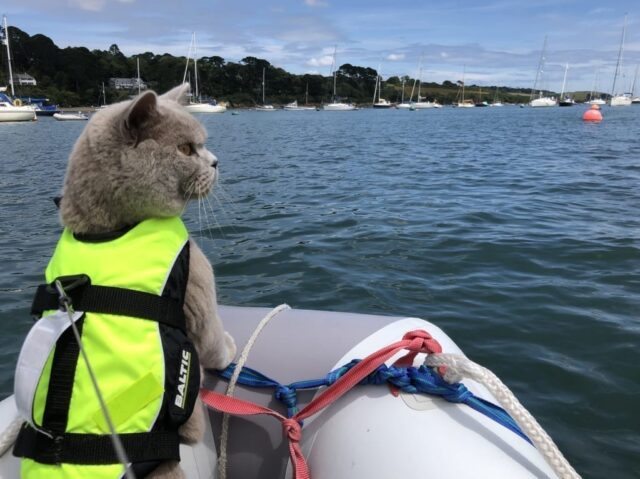 How do you react in all this? Do you run around the bow, freaking out, or do you simply nap your way through the whole adventure?

If you’re a sailing cat named Artie, sleeping comfortably is just what you do! 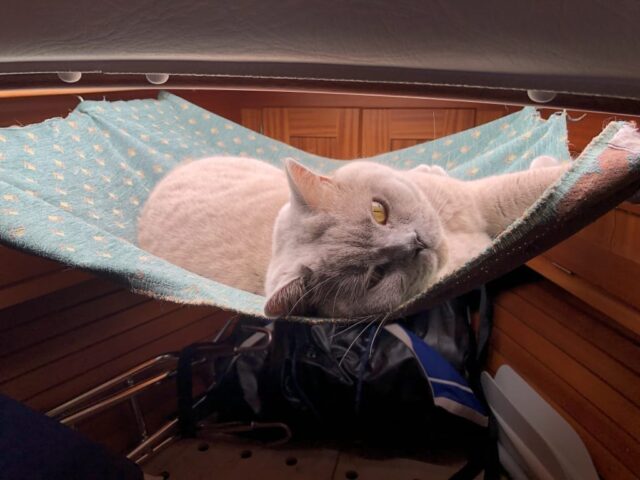 Tim and Row Heale love to sail. In fact, they’re active members of the UK’s Army Sailing Association and the Royal Yachting Association. And their list of places seen is a long one!

Through those high seas adventures, Tim and Row have had the best sailing buddy ever! A British shorthair cat named Artie. He enjoys sailing with his humans and looks quite dapper in his life jacket. The bright colors of safety compliment his smokey coat well.

Row shared, “He’s now into his second life jacket – he outgrew the first one.” 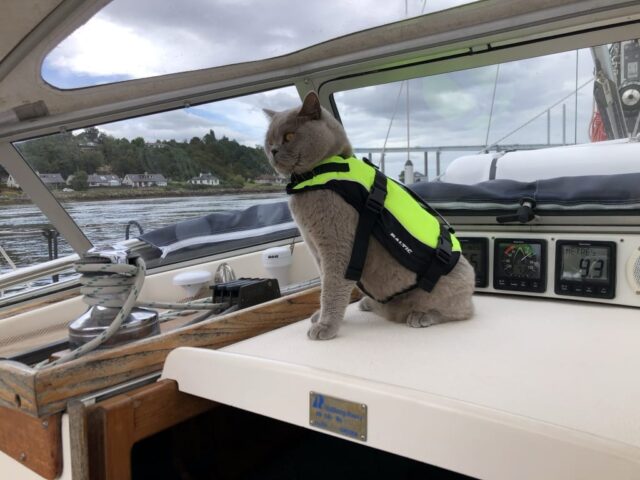 Artie has logged quite a few hours on deck, sailing with his mom and dad since he was 12 weeks old. He’s even got his own passport. To say he’s used to life on the water might be an understatement.

And when members of the RNLI Scarborough Lifeboat Station recently had to help the stranded sailors get free of lobster pot lines, they were pretty amazed with Artie’s ability to stay cool under pressure. 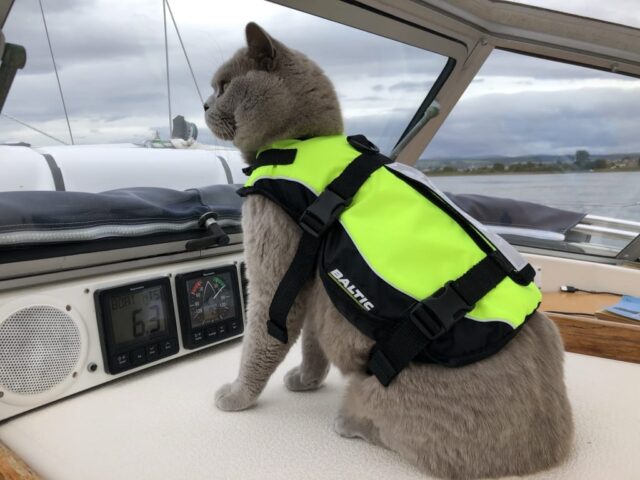 “We contacted the Coastguard with our position when we found ourselves immobilized, as our radar showed large commercial vessels approaching us, albeit, at a distance,” said Row.

RNLI Scarborough crew member Paul Huggins boarded the vessel to cut the lines and found Artie not at all worried about the activity. He reported, “The cat was asleep in its cage but the door was open.”

Artie “was just quite happy” snoozing in his bed.

If only we could all be so calm in a crisis! 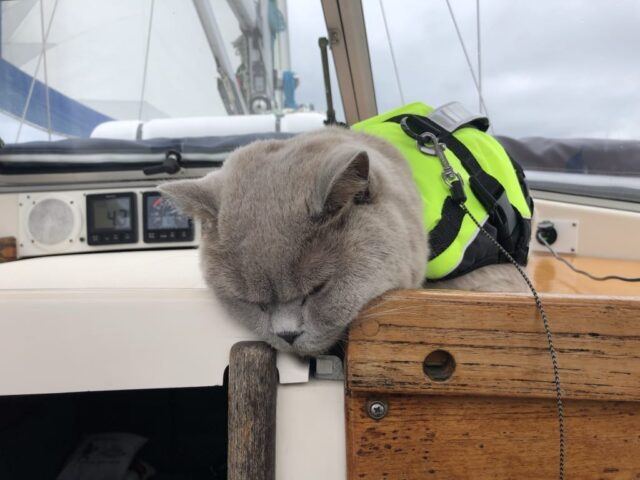 In gratitude to the RNLI Scarborough Lifeboat Station, the Heale family said, “We can’t thank you enough for all your help at silly o’clock in the morning.”

Artie even woke up from his nap to express his thanks! To catch Artie’s sailing adventures and a poem about “The Lobster Pot” adventure, check out Sailing with the Ship’s Cat. 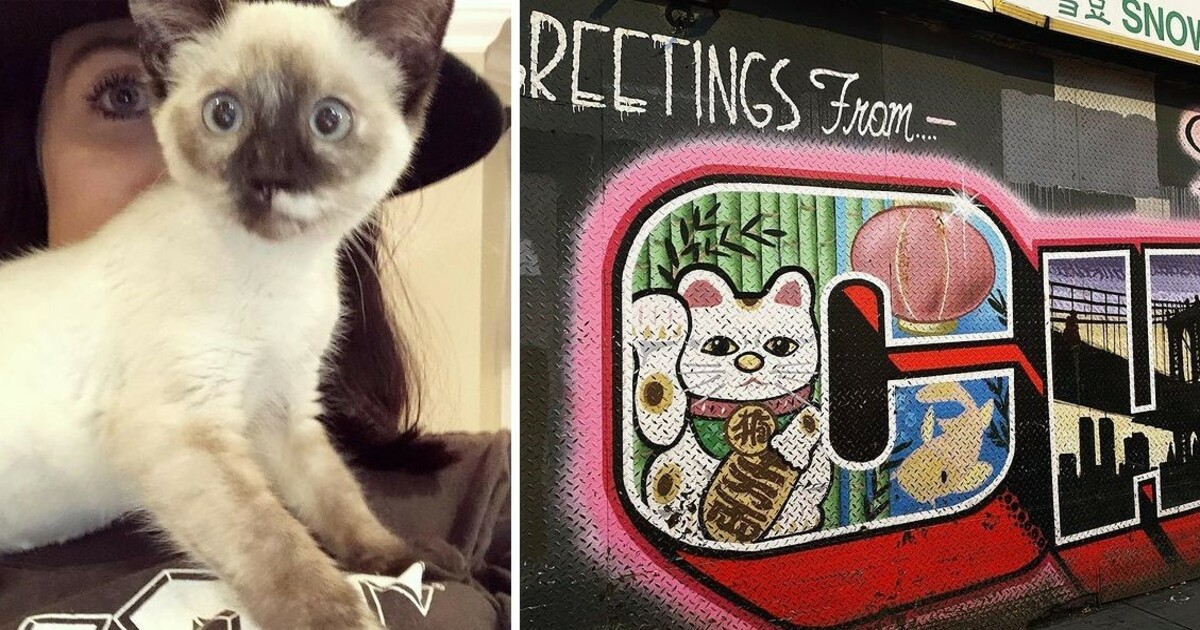 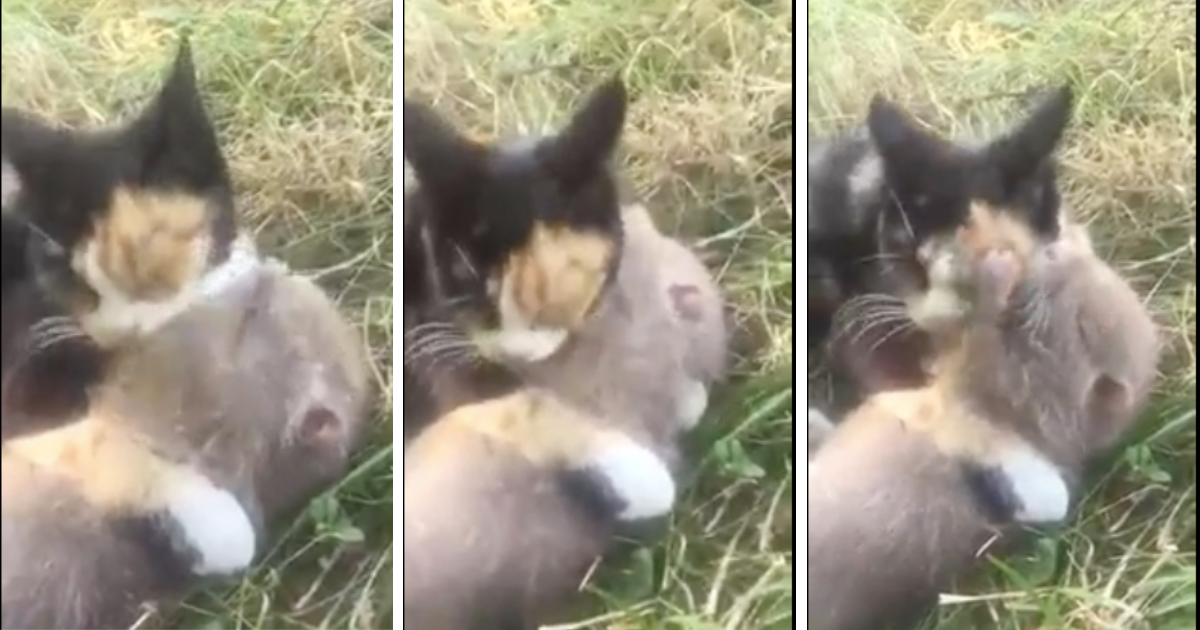 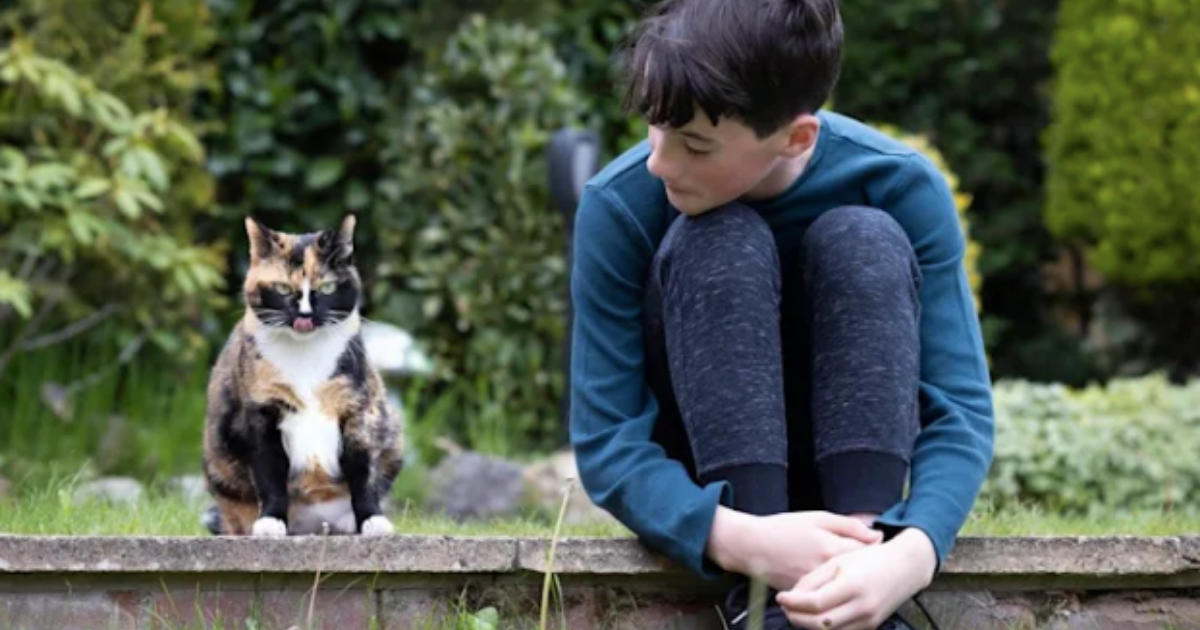 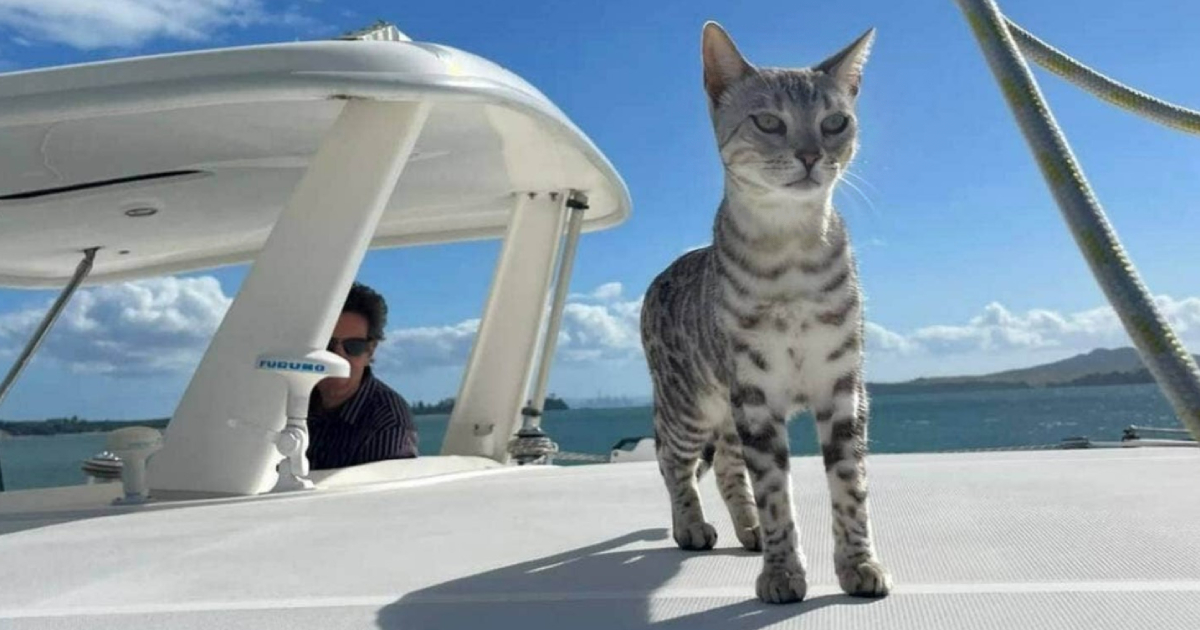 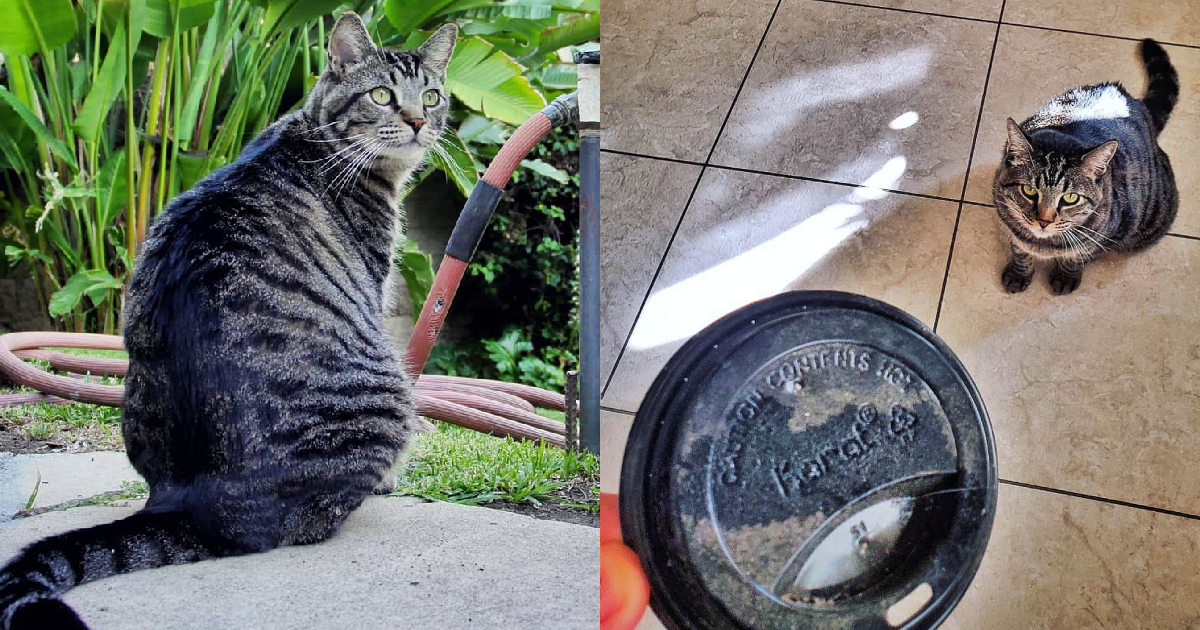 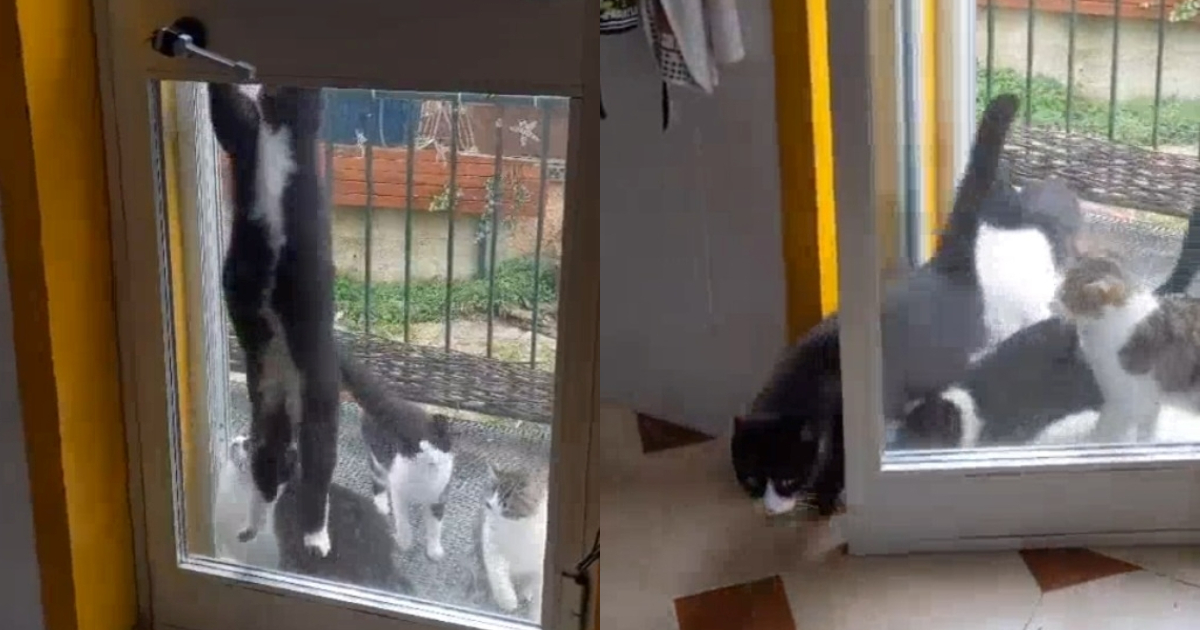