On Valentine’s day, a stray orange tabby in desperate need of love and care was finally granted the miracle that he needed to survive.

Numerous people had called animal control when they spotted the poor kitty in a Baldwin Park neighborhood in California, but no one could catch the scared, sick stray. That’s when animal lover and rescue volunteer Kimberly Saxelby, along with her friend Chris Gattas, decided to help.

When the two spotted the tabby, they saw that he had an empty tape roll stuck snuggly around his head. Although he was in desperate need of care, the cat was clearly afraid of humans, and ducked under a parked car for over an hour. Knowing that time was running out for the stray, Saxelby and Gattas had no choice but to corner him and capture him with their nets.

They sought help from the Rancho Cucamonga Animal Shelter, taking him in for immediate treatment. Altough the injured cat “smelled like death,” they were shocked to discover how bad the tabby’s condition really was.

“Little did we all know after we sedated him just how bad his condition was till we cut the tape roll off his neck,” wrote Saxelby on Facebook. “It brought tears to my eyes because I couldn’t imagine the pain and suffering this poor sweet cat has been through and for as long as he has. He [was] very emaciated and dehydrated from not being able to eat or drink well with the tape roll over his head.”

Luckily, the vets at the shelter were able to clean and suture the wounds, beginning the kitty’s road to recovery. In honor of the day he was rescued, the ginger tabby was also given a new name: Valentine.

“He has a very long road of recovery ahead of him with daily bandage changes and treatment to heal the deep wounds on his neck and possibly more surgery to remove the dead skin,” wrote Saxelby on Facebook. “But he is a strong little one and has survived this long for a second chance to live for a reason.”

A recent update on the Saving Sweet Valentine Facebook page says that the kitty is doing “better than expected” after getting sutures placed around his neck.

Valentine’s story touched the hearts of so many, enough donations came in in order to cover his vet bills. As he continues to recover, this fighter will keep on inspiring animal lovers like us!

If you’d like to help support Saxelby as she continues her mission to rescue, click here. You can also donate to the Rancho Cucamonga Animal Shelter, who provided the tabby’s medical care, here.

Stay up-to-date with Valentine’s story by following his Facebook page. (Note: some of the pictures posted may be graphic for some viewers.)

Thanks to those who showed love for this orange tabby in need. We know that when he’s ready, he’ll find the purrfect family to be his forever Valentines!

It’s been a year, and this sweet kitty is loving life in his forever home, happy and healthy as ever! Thanks to Valentine’s rescuers and family for giving him all the love that he deserves.

What a difference! We’re so happy you have the love you deserve, Valentine! 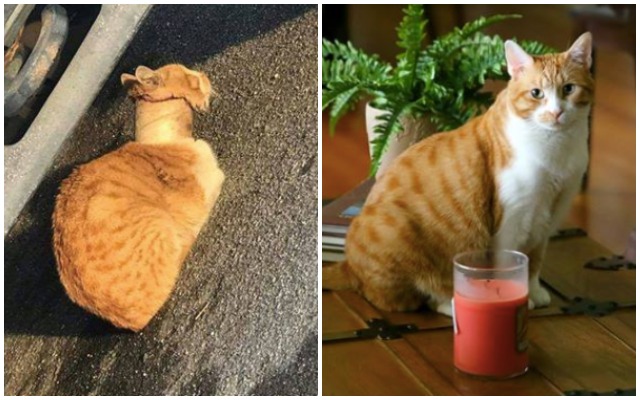 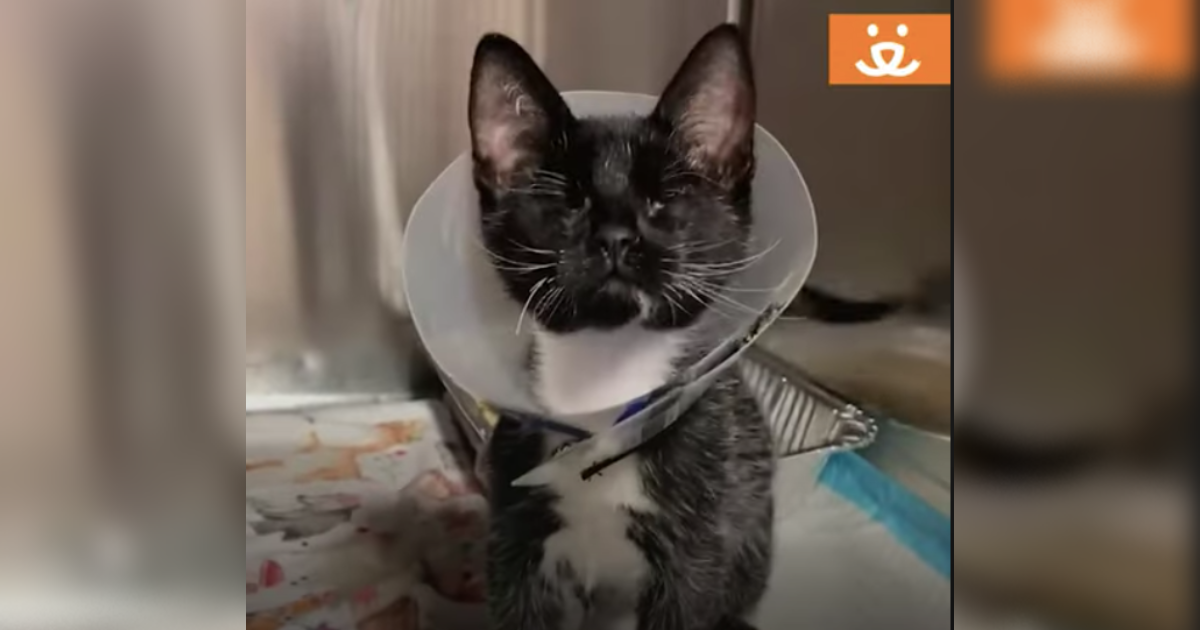 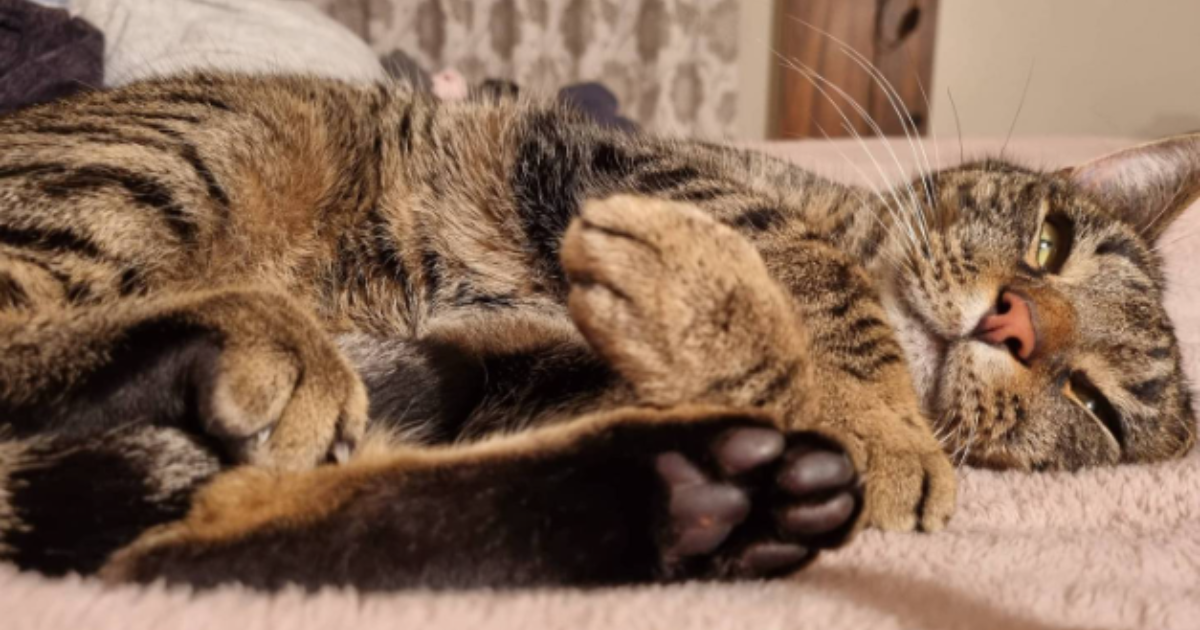 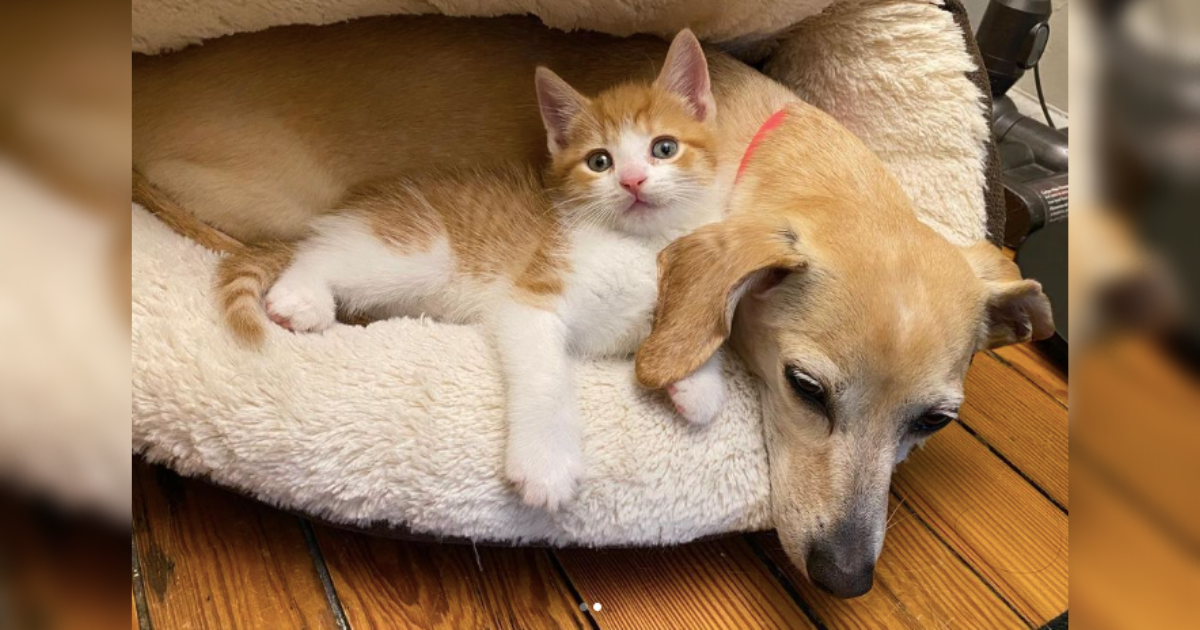 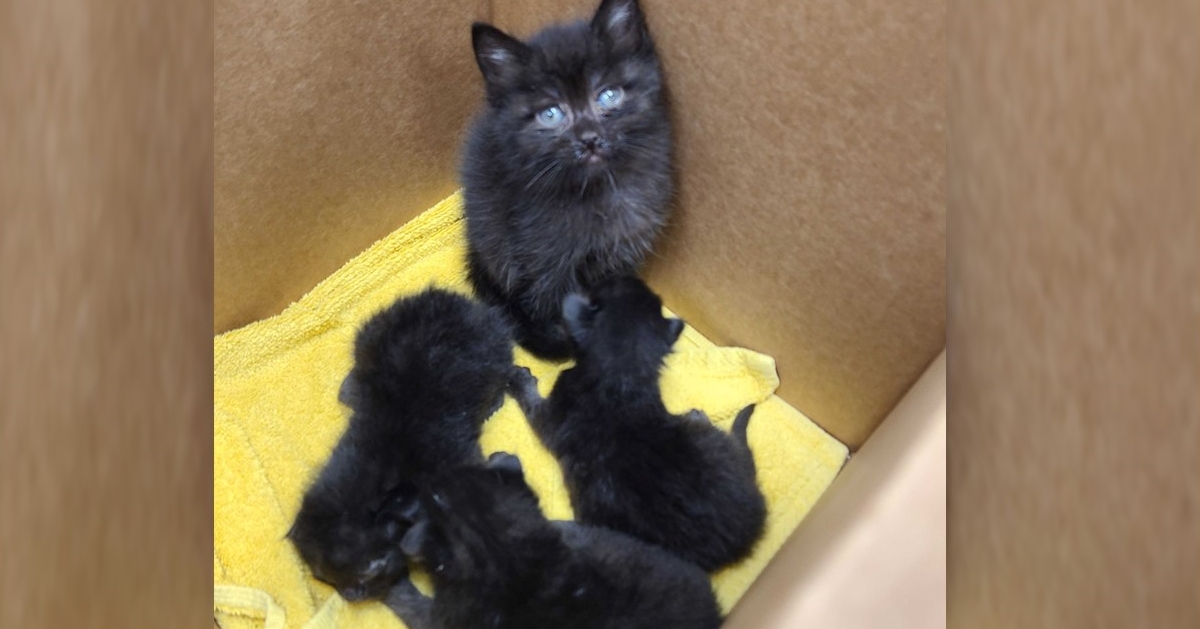 “Most Responsible Kitten In The World” Watches Over Litter Of Newborns 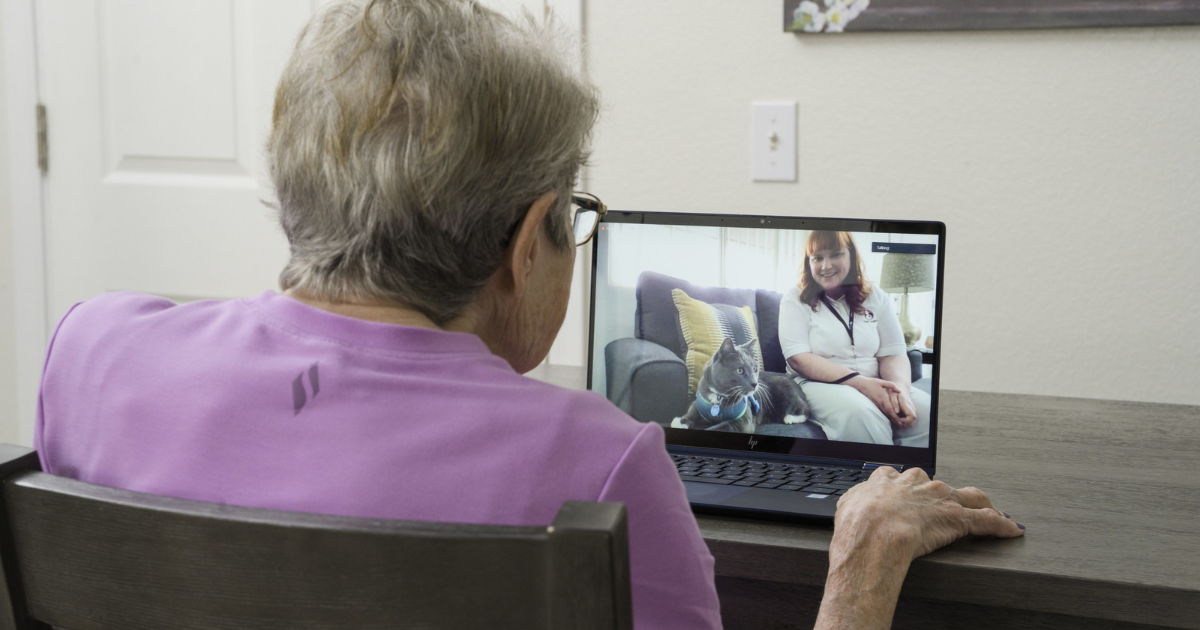