Situations of hardship can create bonds as a Texas cat and puppy have learned.

Left in an abandoned apartment together, the sweet pair survived hardship, coming through with an unbreakable bond formed between the them.

A couple of months ago, a horrible discovery led to criminal charges against an Amarillo resident. Law enforcement officers were tipped about an animal cruelty situation and the investigation revealed a cat and dog had been left to survive on their own in a locked apartment. 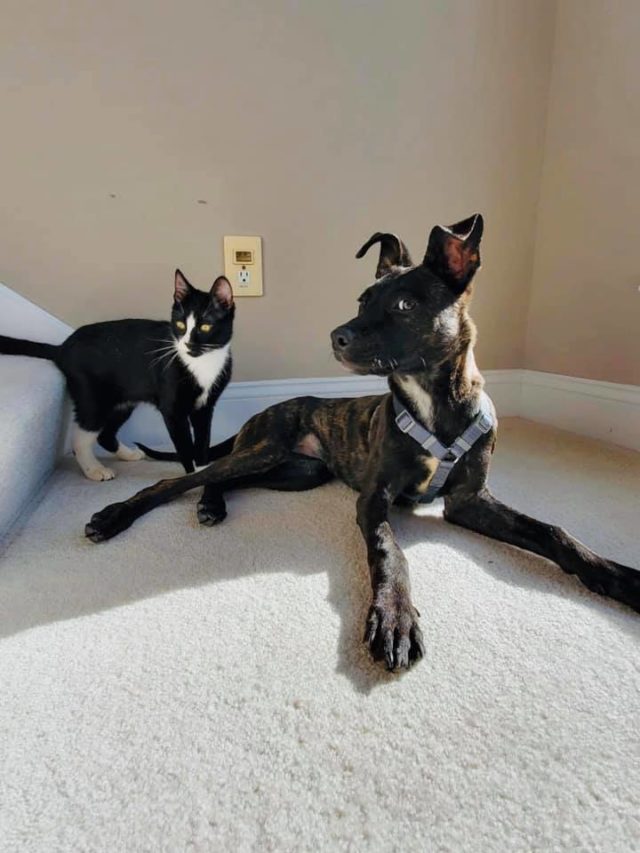 The exact stretch of time the two were left on their own remains unknown. Binks the cat foraged the apartment to survive. He drank water from the toilet and tore into a package of uncooked pasta noodles. Stuck in an undersized kennel, unable to even lay down, Clover the puppy slowly starved.

Eventually, she broke free of the cage. Though Clover could barely move by this time, she carried on, foraging as her feline friend did.

Once law enforcement became involved, the Amarillo Animal Management and Welfare division took custody of the abandoned friends. Both animals needed immediate medical care, but Clover was in dire shape after being stuck in the small cage for so long a time.

According to Jeffna Cox of Amarillo Animal Management and Welfare, “The puppy had been in the kennel for I don’t know how long, unable to sit or lay down.” After her prolonged imprisonment and lack of nourishment, Clover’s legs shifted into deformity. In the excellent care of shelter staff, she and Binks have both gained weight. Unfortunately, Clover will probably always have issues with her feet. 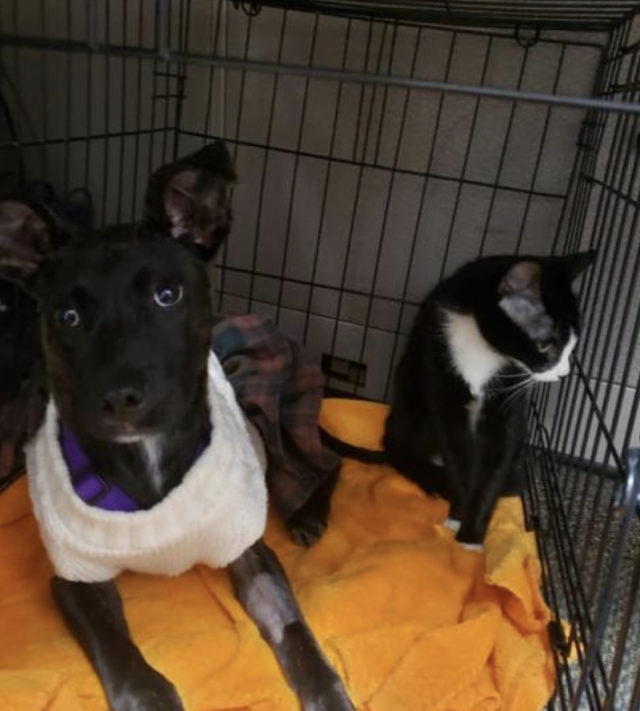 Though their ordeal proved traumatic, Binks and Clover formed a kinship that helped them survive. Even in the arms of safety, the two still love each other. 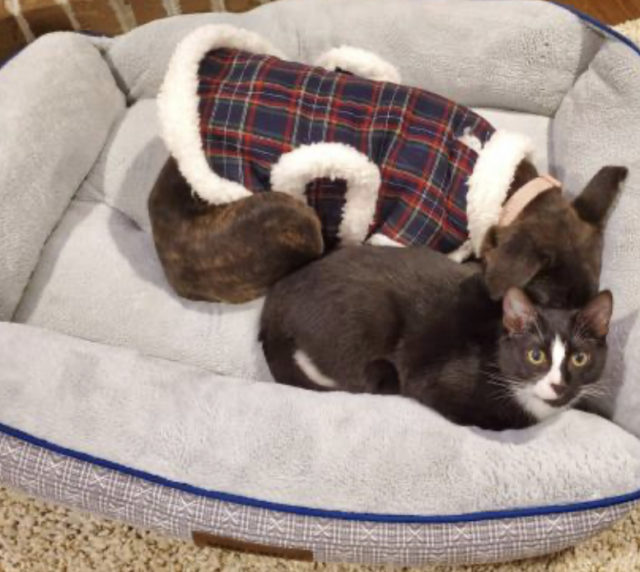 In recent days, Binks and Clover have transferred into the care of The Wet Nose Project in conjunction with Stray Paws Rescue in Missouri. Aware of their distressing past, workers immediately noticed the bond between the tuxedo and pit bull. The group knew the furry friends needed a forever home together. Tracy Rumpf of the Wet Nose Project said, “They are a bonded pair. They sleep in the same kennel together… they play together. We are looking for a home the two of them can live together.” 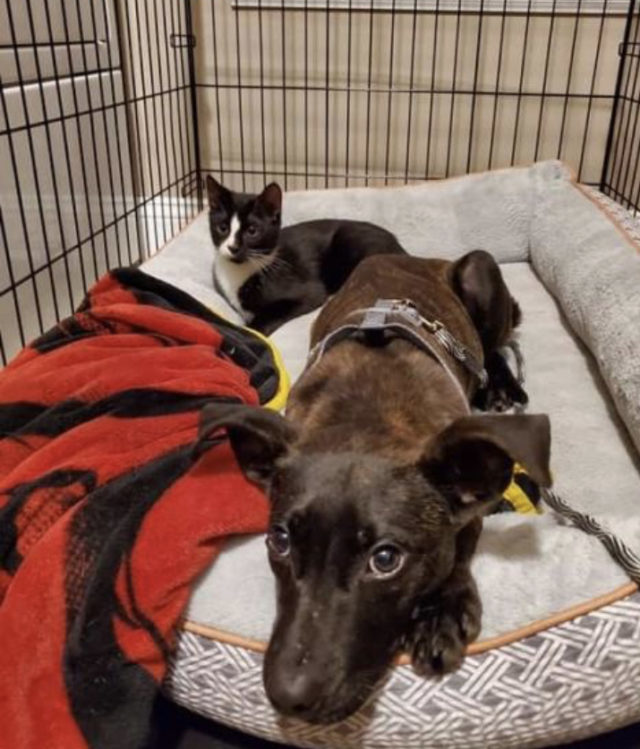 Though the pair lived in horrifying conditions brought on by human heartlessness, the smart puppy and adoring cat remain loving and friendly with people. Clover picks up tricks quickly and Binks loves a good snuggle.

View adoption information for the pair at StrayPawsRescue.com.