Cross-eyed kitties are super cute with their derpy expressions, but typically, it’s a Siamese cat or other eastern breeds with the crossed eyes. Not Belarus though. He’s a Nebelung boy with round yellow eyes that stare toward themselves rather than out that world. And the furry grey cat of silver smoke is all the more handsome for his eye condition.

Belarus the cat has a condition called strabismus, meaning he has an “abnormality in the muscles behind the eye, or in the nerves that control those muscles”. 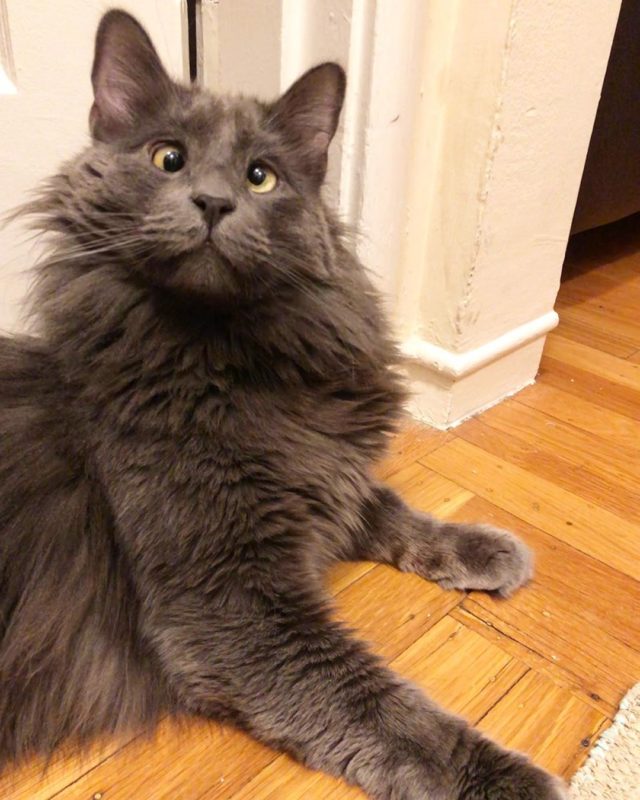 But the condition hasn’t slowed him down a bit.

His mom, Rachel Krall, told the Daily Mail, He is just like any other curious cat. He’s really adventurous and loves to explore new environments.” 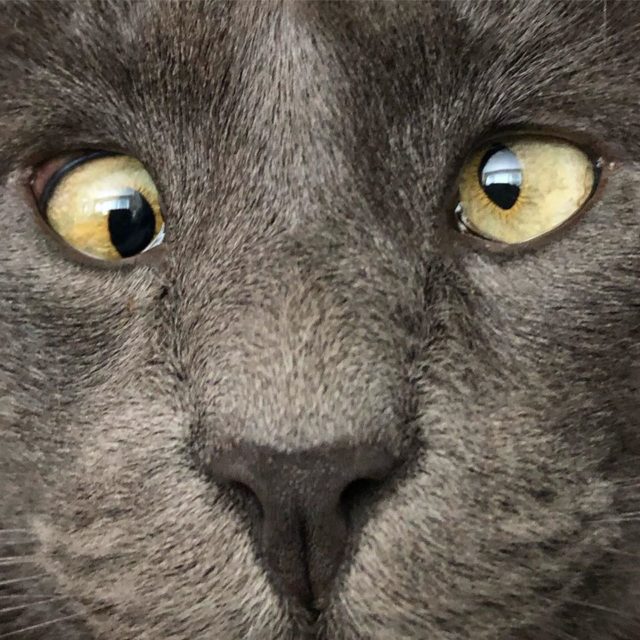 Rachel first caught sight of Belarus in June 2018 when the San Francisco Animal Care & Control posted photos of the Nebelung cat, or Longhaired Russian Blue as they’re also known. He’d been evicted from his home and family due to a landlord dispute, but he wasn’t destined to stay homeless for long. Though Rachel was a life-long animal lover, she’d never taken in a cat before.

But seeing Belarus, she knew they were meant to be family. 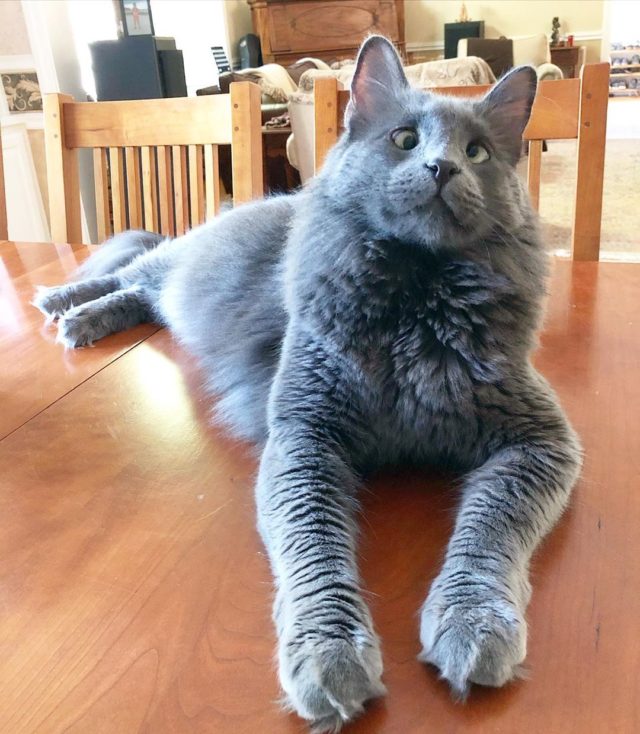 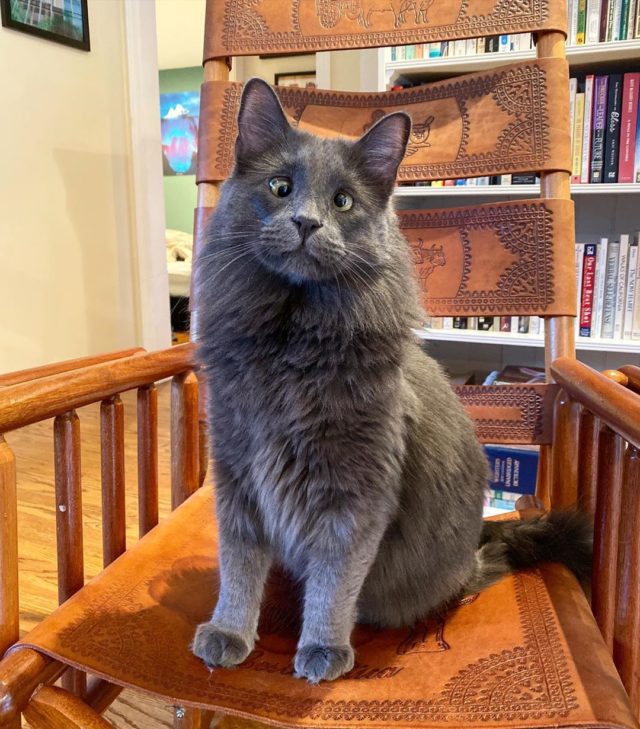 “When I first saw him, I just thought he was the most hilariously adorable cat ever. I had never really been a cat person before, but thought he would be the perfect cat. I sent his adoption picture to my family and their reactions were quite similar. They told me you have to go see him, so I did.” 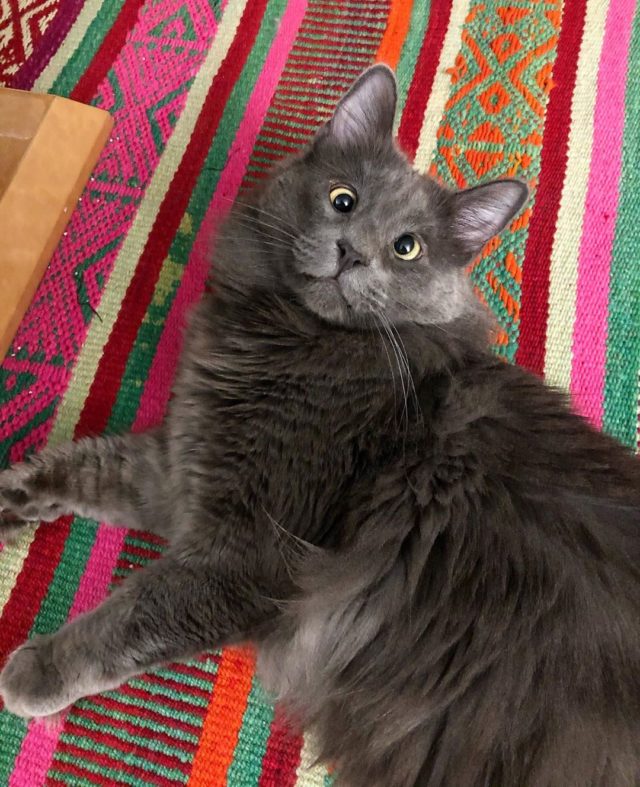 Belarus and Rachel have been a happy pair ever since. She said of her smoky grey cat, “Belarus’ favorite toys are balls, twist ties and any other small object he can lay his paws on.” 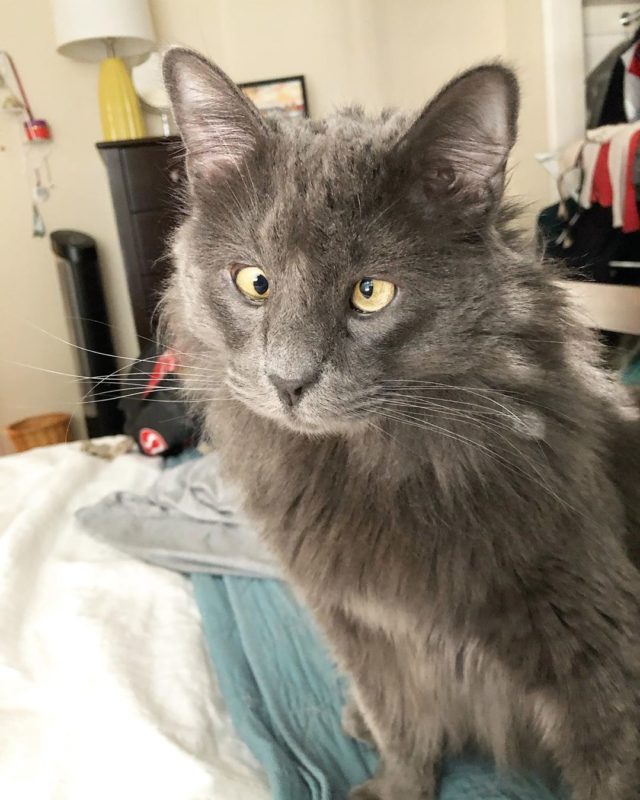 “One of his funnier habits is attempting to bury coffee and other ‘bad’ smelling things.” 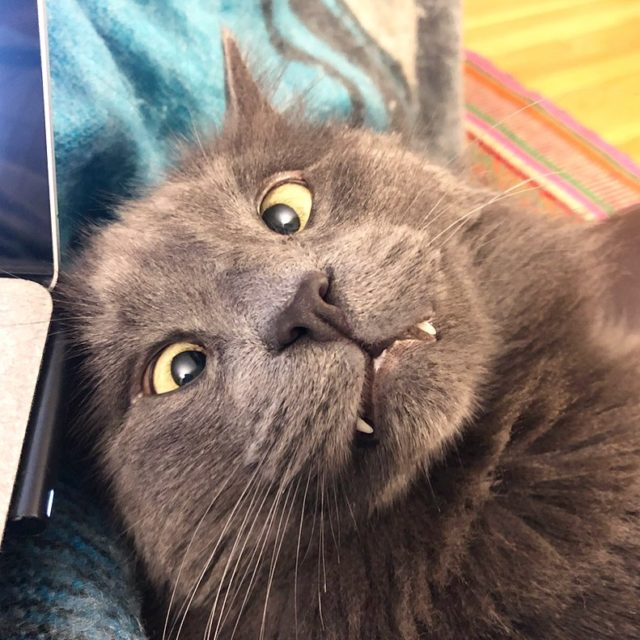 Beyond Handsome, Belarus is a Cat with Heart

After his adoption, both Belarus and Rachel developed a soft spot for rescue shelters working to better the lives of animals in need. With his internet fame thanks to those unique eyes, Belarus started a fundraiser selling t-shirts and sweatshirts with 100% of the sales going to area shelters and charities.

Rachel reported, “Last year, we donated $6,000 to shelters, with $4,000 to Belarus’ shelter SFACC, $1,000 to Sonoma Community Animal Response Team for their efforts saving animals from the Sonoma wildfire, and $1,000 to Cat Town of Oakland. While I had originally only pledged 50% of the profits to the shelter for our first campaign, I’ve actually donated 100% of proceeds.” 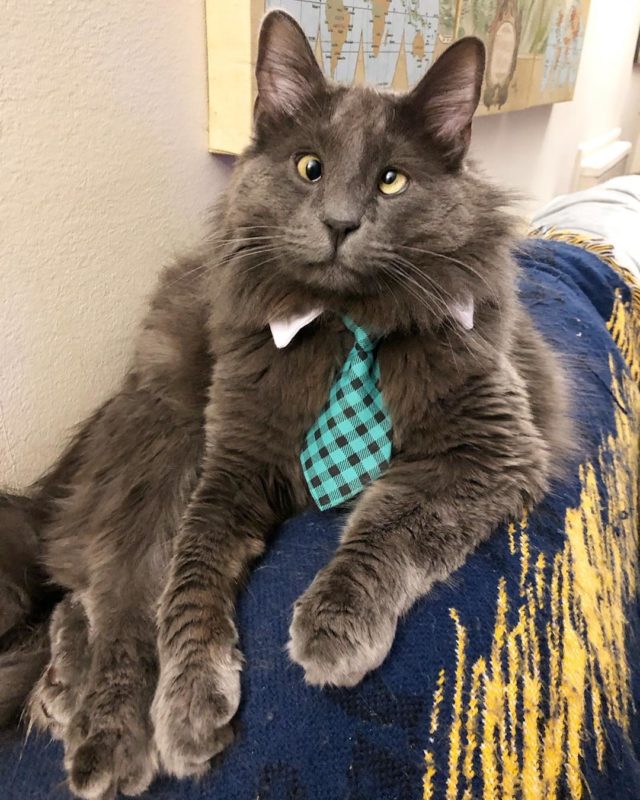 Though he works hard being adorable for a good cause, Belarus is just a humble lad who loves snacks, helping his mom around the house, and melting into a #cuddlepuddle when its time for a nap. 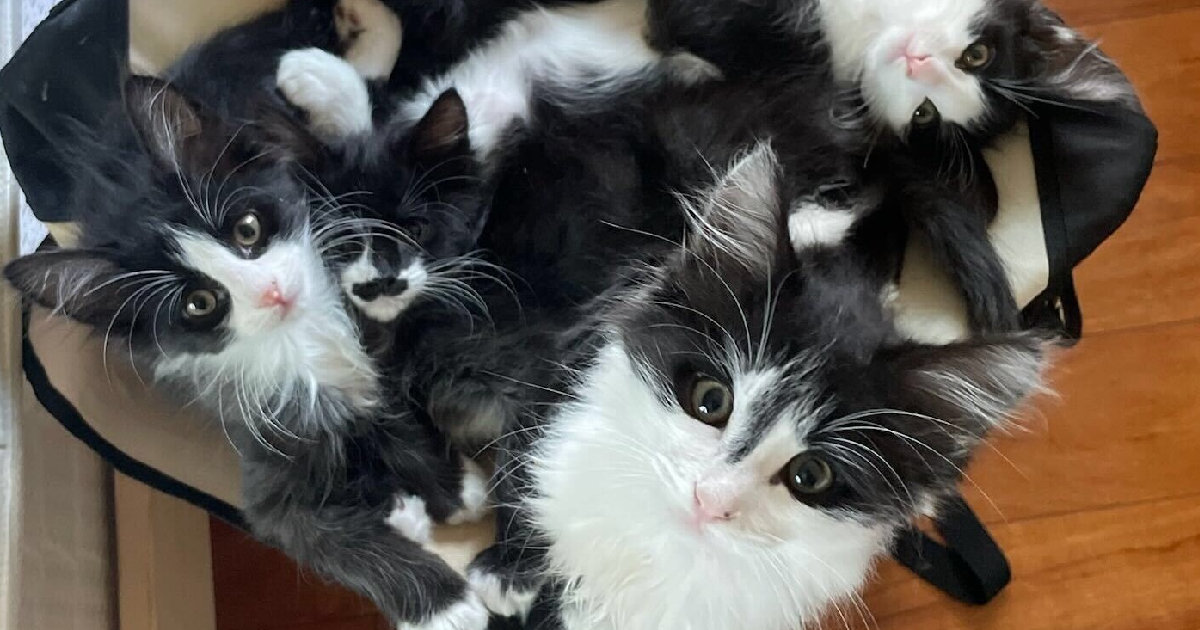