As Austin Pets Alive! (APA!) actively rescued pets to help shelters in Hurricane Harvey’s path clear their kennels ahead of the storm. Dozens of orphaned neonatal kittens made their way to APA!’s headquarters in Austin, where they would not only be safe from the hurricane, but also receive round-the-clock care in APA!’s neonatal kitten nursery.

Venice, a neonatal kitten from BARC (Houston’s city shelter), arrived at APA! shortly before Hurricane Harvey made landfall. The smallest of her litter, Venice was a little shy at first, but gradually came out of her shell as she received love and care in APA!’s kitten nursery.

The nursery, which saves 100% of Austin’s unweaned orphaned kittens each year, took in several litters of kittens from shelters in Hurricane Harvey’s path. APA! also took in a number of pregnant cats and moms with kittens before the storm made landfall and during the catastrophic flooding that followed.

In just one night, the nursery took in four pregnant cats and five moms with kittens. A few days later, Hurricane Harvey brought us seven more pregnant cats. Fortunately, APA!’s kitten nursery has dedicated staff, volunteers, and fosters who were ready to pitch in and help the evacuated kitties receive the best care possible.

After spending a couple of weeks in the nursery, Venice moved into a foster home along with her four siblings: Vinnie, Vermont, Vertigo and Versailles. There, they continued to grow and thrive.

These sweet kittens were in harm’s way as Hurricane Harvey approached the Texas coast, but a month later, all but one have found forever homes.

Tiny, fragile kittens like Venice and her siblings were among the first 220 homeless pets APA! rescued from shelters in Hurricane Harvey’s path. The generous cash grant from GreaterGood.org helped cover necessary intake costs for this initial wave of animals, which was crucial for preventing the spread of disease and the first step in preparing these homeless pets for adoption.

When you shop at the iHeartCats store, your part of your purchases go to Greater Good, which helps fund relief efforts like this! 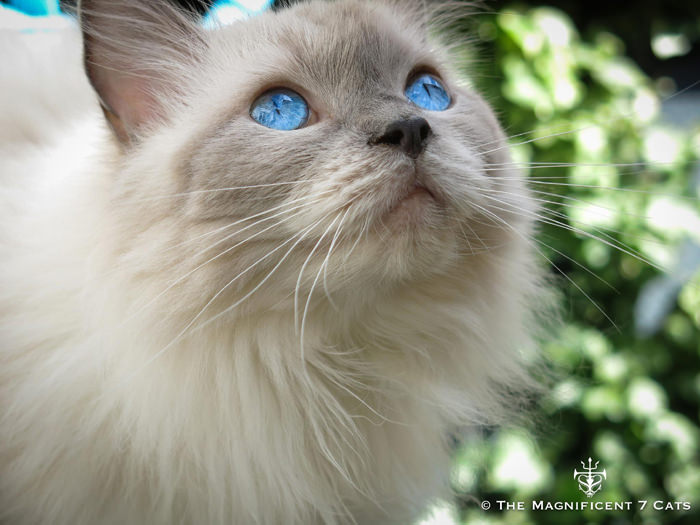