With the recent release of Cats in theaters, we were put in mind of Valkyrie the human-faced cat. Imagine our delight in discovering, Valkyrie is no longer the only human cat in her home.

The world first met Valkyrie the Maine Coon in the summer of 2018. It didn’t take long for cat lovers worldwide to fall in love and trolls to starts the jokes. But here at iHeartCats.com, we’re fascinated by Valkyrie’s unique visage. Cat lovers tend to have lots of conversations with their cats, the cat chirping back or just looking at you like you are a mere peasant. Imagine having conversations with Valkyrie though. She looks like she might throw people words back at you. Though her grasp of the human tongue is only theoretical, the very human expressions are not and she can easily get her point across with a glance.

Now over a year old, she is no longer the only humanish cat in her home. Valkryie has siblings like her. Fun Fact: Maine Coons come in many colors, even ginger! 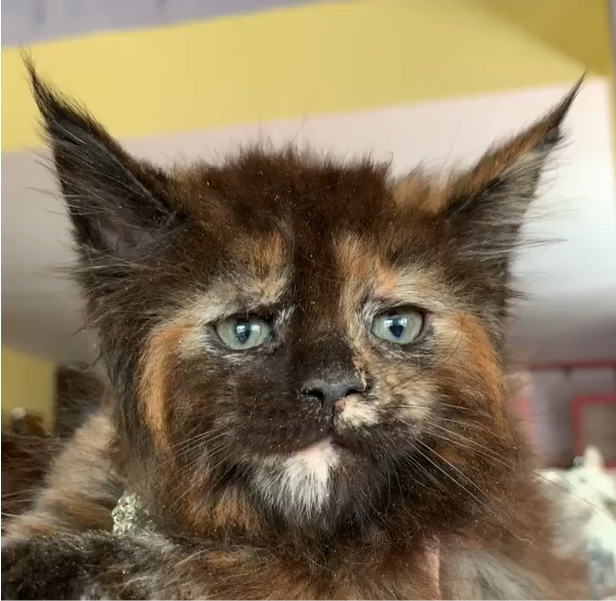 Owner of Catsvil County Maine Coon Cattery in Russia, Tatyana Rastorgueva is Valkyrie’s mom as well as a felinologist and breeder. Most of the kittens that begin life in her home go onto to other families where they establish their forever home. For example, Valkyrie has moved in with her new family since her Internet debut. Surely, Tatyana had a hard time letting go of the adorable kitten.

Tatyana fell so hard for Valkyrie’s look, she set out to aid nature in producing more cats with human aspects. 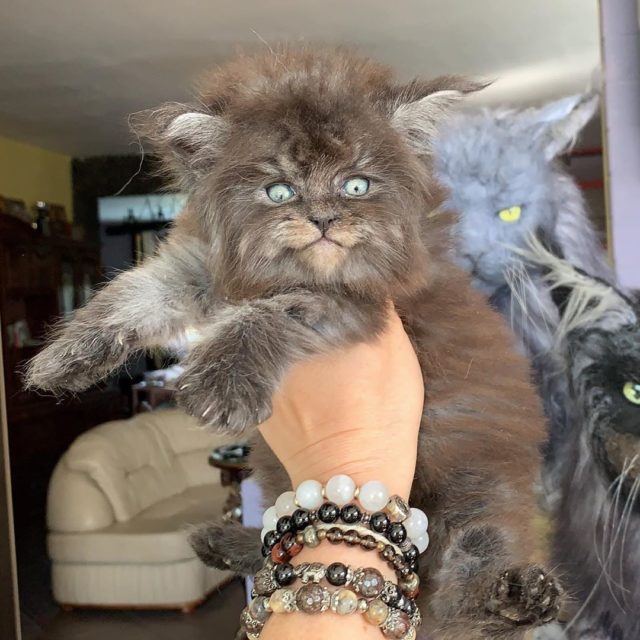 She used the process of selective breeding to achieve the desired look.

What does that mean?

“Selective breeding, also known as artificial selection, is a process used by humans to develop new organisms with desirable characteristics. Breeders select two parents that have beneficial phenotypic traits to reproduce, yielding offspring with those desired traits,” according to Treehugger.com.

Simply put, Tatyana chooses cats from her brood that most resemble a desired appearance, in this case the almost human aspects appearing on Valkyire. Selecting Vatican as a father and Lucien as a mother to a litter of a kittens, she aimed to couple the cats’ unique genetics for a litter of kittens with the humanish look. 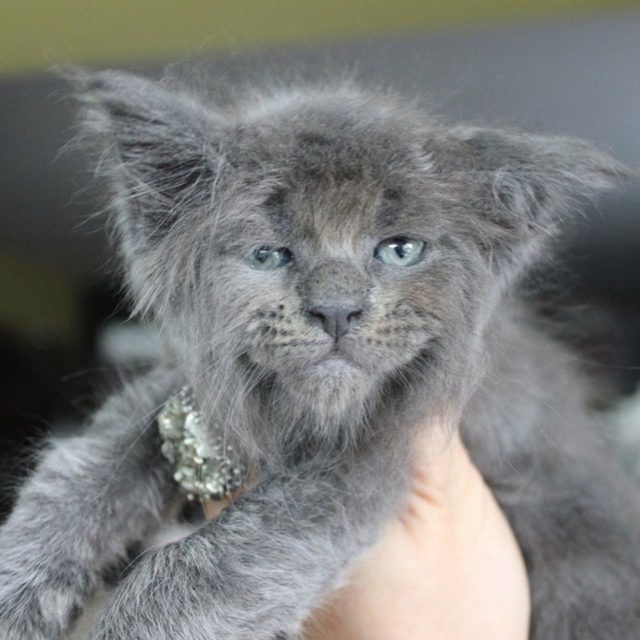 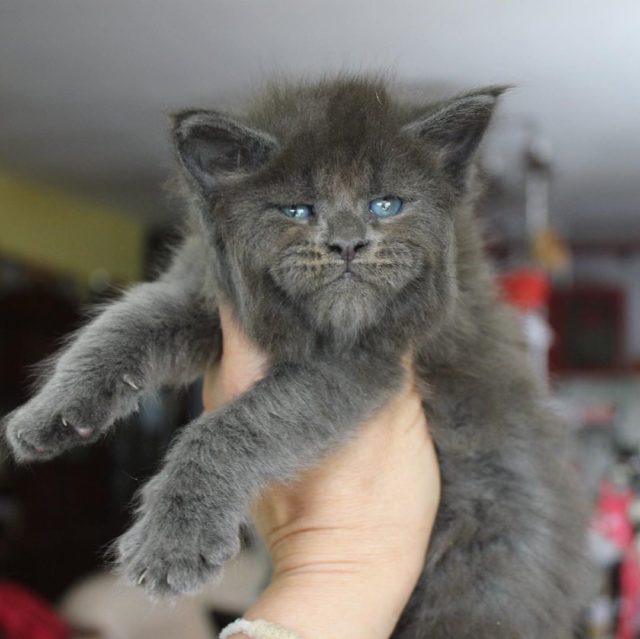 With her oddly human face, Valkyrie can give the camera some very human emotion. The kittens are following in her paw prints, learning how to throw the shade too. Follow Catvill County to follow their individual journeys to fur-ever homes.

After much time studying the kittens, an opinion has formed over what makes these Maine Coon kittens resemble humans. Its all in the eyes! What do you think?