The NFL and its fanbase caught a look at some new talent in a recent game between the Dallas Cowboys and New York Giants. The speed, the juking skills…this runner had a style never before seen in the league. But, this four-legged walk-on bolted before offering comment to the press on a stellar display. 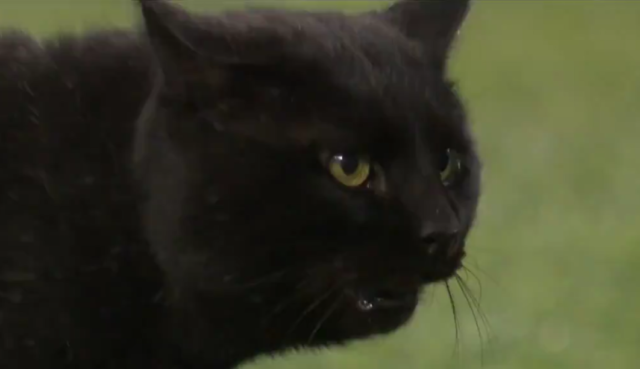 Five Minutes Left on the Clock and Surprise…

With 5:32 left in the game, a black cat’s wrong turn onto the field at MetLife Stadium momentarily monopolized the Cowboys-Giants Monday Night Football matchup. Not only were fans in attendance treated to the folly, but viewers at home got to enjoy too as Monday night football games are televised primetime on ESPN.

Looking like a panther, the fleet-footed feline sauntered onto the field between plays and quickly realized the “Red Zone” was no place for a cat. But escape didn’t come as a straight dash for the goal. Nope, in true cat fashion, the fan favorite did a stutter-step all the way. 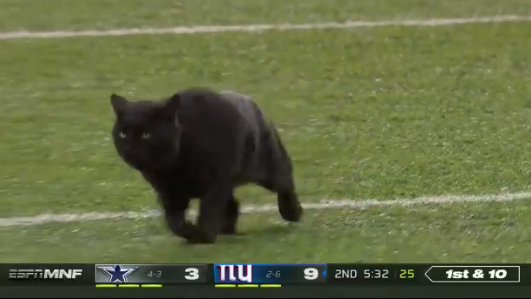 The swift kitty stopped first on the eight-yard line…

Then paws paused at the five… 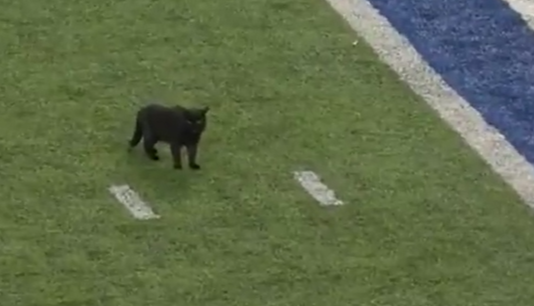 Another stop with two yards to go… The crowd went wild as the cat broke into the end zone!

But, the cat’s show wasn’t over yet. A zig-zag pattern of evasion ensued as law enforcement and stadium workers attempted to capture the unauthorized player. Seeing an opening, the frazzled cat dodged the grabbing hands and bolted into a tunnel. From there, the black cat disappeared into anonymity.

Halloween isn't over yet 😹 pic.twitter.com/XhLDP3NgJO

The following day MetLife Stadium put out an update regarding the status of the instant star.

Too bad the cat hasn’t come forward. The NFL fandom’s favorite furball is missing out on what every little kitten dreams of…fame, treats, and adoration. Let’s hope the mysterious cat finds a forever home that brings the dream to life.

Black Cats are NOT Bad Luck

As always, the superstition remains about black cats bringing bad luck. The Giants grip on the lead slipped once the cat ran the field, but that’s not black cat bad luck as fans might want to call it. In every game, there is a winner and a loser, this bout of MNF proving no different. But fans and players alike were winners on this particular Monday evening. Watching a black cat seize the night is truly a stroke of good luck. 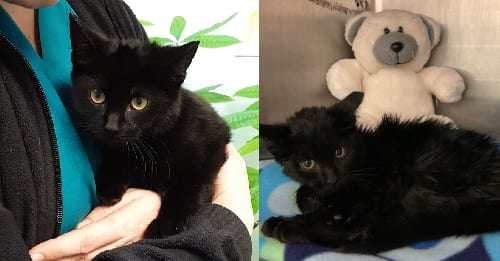