Cats are as mysterious as they are adorable, and since they don’t speak our language, it isn’t always easy to tell what they’re thinking or how they feel. You’ll have to pay close attention to your kitty’s actions (or lack thereof) if you want honest insight into what it’s like to be a cat, and observing them while they’re asleep is a good way to start. A cat’s sleeping position says a lot more about them than how tired they are. Here are a few of the sleeping positions you’ll most likely catch your cat in and what they mean. 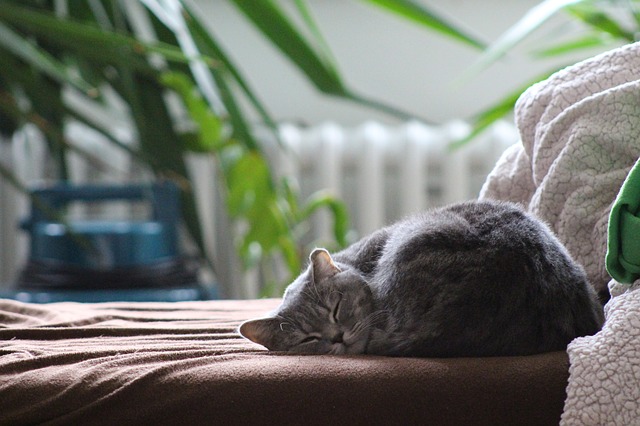 A cat that’s curled up with their tail in a graceful swoop around their body and their head tucked in toward their chest is doing their best to conserve body heat. They’re also protecting their vulnerable organs. Your cat’s wild cousins do it, and it’s a natural instinct even the most pampered house cat can’t suppress.

Your cat may not be worried about a rival animal sneaking up on them in their sleep, but they could be protecting their jellybean toes from prodding fingers. A curled up cat usually wants to be left alone. 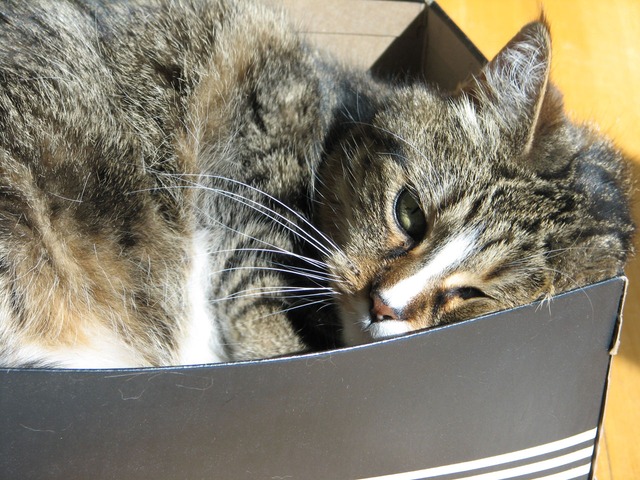 There’s something about a cat in a box that makes humans want to rush for the camera. There’s no doubting it’s cute, and it also sends a message about your cat’s sense of safety and comfort. Cats seek out small spaces because they make them feel safe. A box with four solid walls where your cat can squeeze their mass into an adorable arrangement of fluff is the perfect form of security.

Cats that live in active households with children or other animals may seek out a box, drawer, or other kind of hidey-hole to settle down for a deep, (hopefully) uninterrupted sleep. A cat’s stomach is their most vulnerable area, and they’re fully aware of what would happen if they exposed that adorably squishy section of skin to the wrong creature. When they’re sprawled out on your couch with their legs pointed at odd angles and their belly facing the ceiling, consider yourself complimented. A cat will only expose their stomach if they feel completely confident and comfortable with what (and who) is going on around them.

If something were to happen while they’re lying on their back, it’ll take too long to jump to their feet. The belly-up sleeping position shows they’re fairly certain they’re not going to be attacked. Resisting the soft fuzz of a cat’s belly takes Olympian-level restraint, but remember your cat is trusting you. At least let them sleep a few minutes before waking them with your belly rubs. When a cat isn’t exactly interested in a full-on nap but at the same time wouldn’t mind some shut eye, they form what’s endearingly referred to as the “cat loaf.” They tuck their front paws under their body but otherwise remain upright.

A cat that slips further into dreamland might form the “collapsed loaf” with their forehead on the ground. But usually, content cats will lay this way and let their eyes slowly close. They’re ready to spring into action, but they’re mostly enjoying their comfortable surroundings.