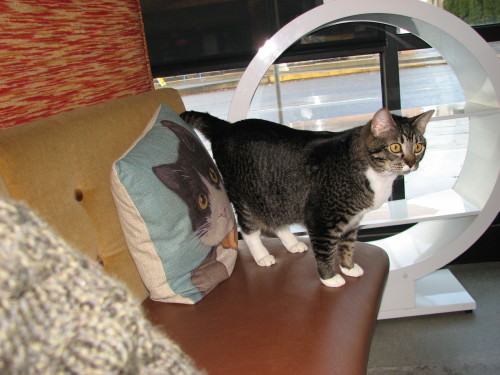 Portland, Ore. is getting a cat café! The first for the Pacific Northwest, Purringtons Cat Lounge is having their grand opening January 24 at 3529 NE Martin Luther King Jr. Blvd, Portland, Oregon from 12pm to 6pm. The café is a perfect mix of feline and Portlandia – from eclectic vintage lights to a space-age cat mural on the wall – the space fits Portland and her residents to a tee. Owners Kristen and Sergio Castillo started planning for Purringtons … Read more 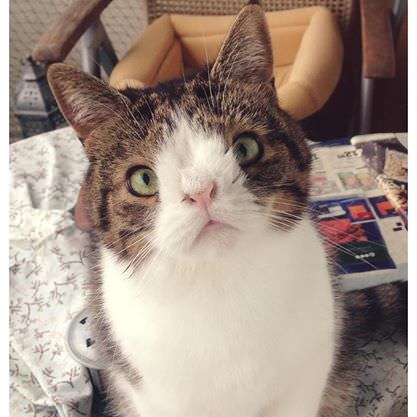 Monty the cat has become an internet sensation in the year since his owners, Mikala Fuglesang and Michael Bjorn, adopted him from “Kattens Vaern” – an animal shelter near their home in a suburb of Cophenhagen, Denmark. It was his unusual looks—he was born without the nasal bone in his nose—that first caught the attention of Fuglesang. When most people had overlooked him for that very same reason, she fell in love. A Diamond in the Rough “The first time … Read more 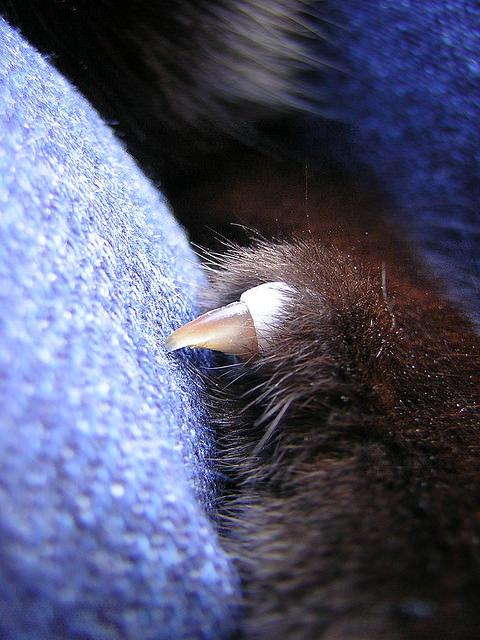 Manhattan Assemblywoman Linda Rosenthal (D) has introduced the nation’s first legislation to ban cat declawing, except for when necessary for tumor removal or other medical reasons. “It’s like taking off your first knuckle,” Rosenthal told NY Daily News. “(Cats) are born with claws and they are meant to have claws. It’s cruel to remove them for the sake of human convenience and saving your furniture.” The bill is backed by the Humane Society of New York and the Paw Project, whose … Read more 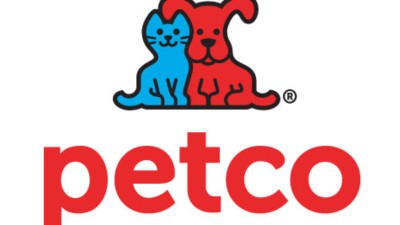 After both Petsmart and Petco Animal Supplies Inc. announced in 2014 that they would be removing China-made treats from their shelves, Petco has accomplished the goal first, having just completely removed all China-made cat treats from shelves at more than 1,300 retail stores nationwide, including Unleashed by Petco stores and online at Petco.com. The move makes Petco the first national pet specialty retailer to complete this transition and affirms the company’s commitment to listening to customers and putting the health and safety of pets first. … Read more Association for Truth in Pet Food (ATPF) recently published the results of an unprecedented pet food testing project conducted by U.S. labs late last year revealing serious concerns for pets and the human families that purchase and handle the pet food. Funding for the project came solely from consumers, who raised nearly $16,000 via an Indiegogo donation campaign. ATPF’s Susan Thixton led the testing effort with the assistance of numerous industry experts who volunteered to aid consumers on the project. … Read more 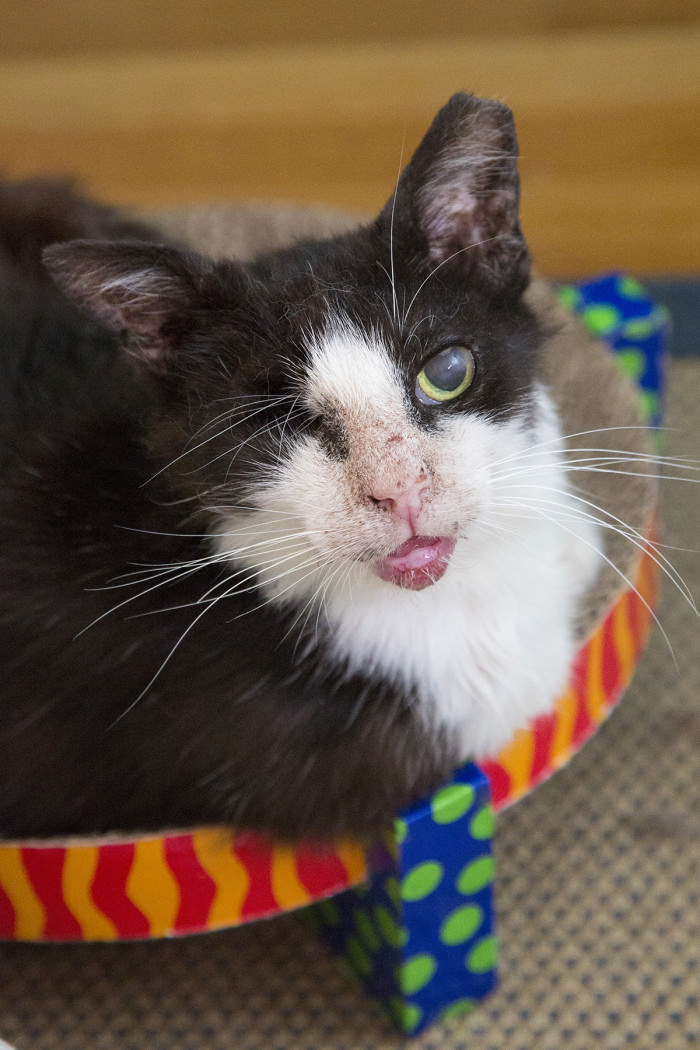 For over five years Jason and Elizabeth Putsche have documented the mysterious lives of a regularly misunderstood animal—the feral cat. Also referred to as community cats, alley cats, street cats, stray cats—controversy surrounds them, headlines vilify them, and scientists scrutinize them, yet millions of people feed, care, and advocate for them. Because they aren’t adoptable they have the highest kill rates in animal shelters, and though talked about and debated regularly, they are rarely seen. “Many people draw a distinction … Read more 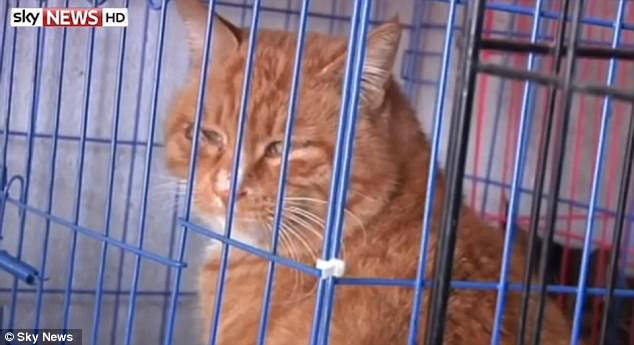 According to Sky News, earlier this week officials in Northeast China stormed a building were over 1000 cats in cages waiting to be sold for their meat and fur. Most of them are thought to be pets that had been stolen from homes in a nearby city. The six people involved were arrested. The bust came about when owners of cats in Dalian City noticed an unusual number of cats had gone missing. The owners banded together online and started … Read more 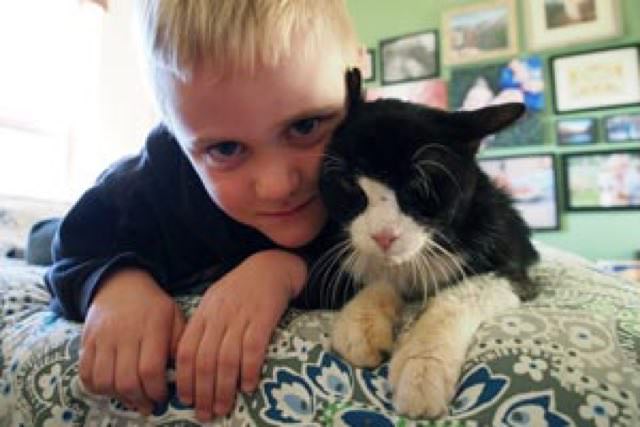 When looking for a cat, or any pet, most of us want a baby. Why? Because they are cute, that much is obvious. But, with a kitten you never know the personality you will end up with, what they don’t fit your family? Jill Williams, web content manager for Best Friends Animal Society, and her family were looking for a kitty. She and her husband already have two young children and three dogs, so she was looking for a tolerant cat … Read more 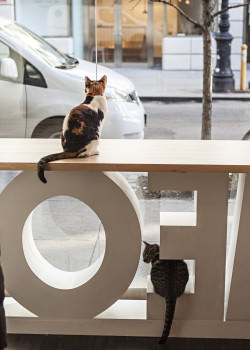 Ever since Japan opened up a Cat Café in the 90s, we knew America would have them. And we did. The first ones were in California and now they have reached the other coast with the opening of the Meow Parlour, New York City’s first Cat Café, located at 46 Hester Street, New York, New York 10002 on December 15th. Still Not Sure What They Are? If you haven’t heard, a cat café allows people to go and eat and … Read more There are a lot of how-to videos about walking your pet, but this video is totally different from the usual. This one is about cats walking their human counterparts. This cat has a crafty way of tricking her human to walking her. In the video below you’ll find seven tips of how to walk your human, including the part where you establish your dominance and how to make your human obedient – lol. This cat will show you how she … Read more