There’s lots to talk about when it comes to Sashimi and Lollipop. First, Sashimi is a Bengal cat, and her best friend is Lollipop the Boston Terrier. The pair certainly dispel the rumor that cats and dogs don’t get along.

And not only do the two of them get along famously, playing and training with each other happily, Sashimi and Lollipop also love to ride a scooter together. They dig their scooter riding so much, the pair not only roll around with ease, but they’ve also landed in the Guinness World Records for 2022 because of how fast they can get those wheels going! So, how did this cat and dog duo team up for the trick that earned them a world record?

Both Sashimi and Lollipop are members of The Ultimutts family. Their mom is professional trainer Melissa Millett. The pair have known each other since their kitten and puppy days, giving them years of time to cement their tight bond. And while they love training together, the pair do enjoy their independent hobbies.

A cat who loves to learn new things, Sashimi also plays the piano, tickling the ivories with her paws at any chance. But being a Bengal, she loves the outdoor life too, keeping the canines company on hikes. And like any feline star, this spotted lovely is a bit of a diva. She won’t train with any of the other cats, preferring to work only with Lollipop.

These are important things for all dogs, but as Lollipop is deaf, keeping her other senses sharp is key. One of her favorite ways to work her brain includes coming up with tricks of her own creation. Lollipop is not only a creative dog; she’s brilliant too. Just like her feline sister!

And now that they’ve reached dignified adulthood, Sashimi being seven years old and Lollipop a sophisticated five, they’ve become each other’s, favorite training partners. But the scooter riding wasn’t something they always did together.

Making Up Their Own Trick

Melissa shares that Sashimi and Lollipop loved scooting on their own, until, “one day during practice, Lollipop was working on her scooter riding when Sashimi ran over to try and steal a turn! Sashimi jumped on the scooter first, then Lollipop jumped on and started pushing her.”

“We were shocked!!! They had made up this trick themselves!!! It is now my absolute favourite trick.”

It never occurred to Melissa they would enjoy the scooter together, but the pair of best buddies proved to be naturals at tandem riding. Sashimi and Lollipop are so talented on their wheels, they’ve scooted right into the Guinness World Records 2022 book by breaking “the record for fastest 5m on a scooter by a dog and cat (pair) with a time of 4.37 seconds.”

Sashimi and Lollipop aren’t the only record holders in the family. With eight dogs and three cats for siblings, there’s a lot of talent in the Ultimutt home. Canine brother Jellybean has earned himself two world record titles:

Like Lollipop, 4-year-old Jellybean is deaf. But it’s quite clear nothing slows either of them down! Follow the_ultimitts on Instagram to see what Sashimi, Lollipop, and Jellybean come up with next! 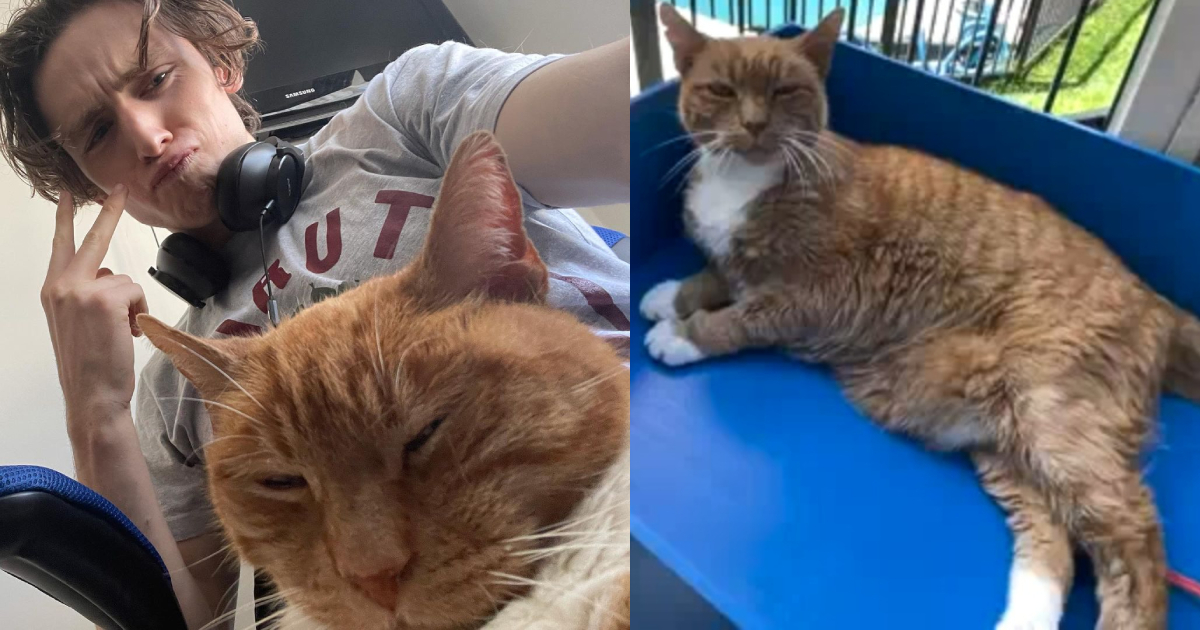