Every week, iHeartCats will feature a new shelter kitty in need of a loving forever home. These amazing animals remind us that homeless pets everywhere have extraordinary stories and deserve a second chance.

Google has been adopted! Thanks to everyone who shared his story. Now, this beautiful kitty is loving life with his new forever family!

This black beauty is a resident at Austin Pets Alive! (APA!) in Texas, and is looking for his forever family.

At 7-years-old, Google is at the perfect age to offer his new humans the best of both worlds: he’s mature enough to be a laid-back fella, but still has a lot of life – and spunk – left in him!

He dances along with feather toys and paws at his neighbors in adjacent cages at the shelter, always making sure to show ‘em who’s boss.

This kitty is healthy at a petite 8 pounds, so he promises not to take up too much space. But his sleek black coat and captivating yellow eyes leave a big impact on everyone he meets!

When this sweet guy first arrived at the shelter, he looked much different than the healthy, happy kitty he is today. Lindsey explains:

Google came to Austin Pets Alive! in November of 2016 half blind with a congenital defect that caused most of his right eyelid to cover his eye and pupil. He also had mild stomatitis, itchy ears caused by a yeast infection, and he was two pounds scrawnier than he is today.
​​
Google had landed in the laps of a ready and willing team, but unfortunately, things got worse before they got better. Shortly after coming to APA!, he started to show symptoms of calicivirus, a severe URI that can cause ulcers and other complications. Google, along with a team of medical experts, successfully fought off the virus, but his journey remained far from over. Google also contracted ringworm, a harmless but contagious fungus that Austin Pets Alive! treated in their Ringworm Adoption Center over a period of a few months. Intermittently, he battled ocular discharge related to his congenital eyelid issue.
In March of this year, Google was cleared of ringworm and was finally ready for corrective surgery on his eyes. Our vets treated his condition, called Entropion, through surgery and gave him, quite literally, a new outlook on life. For probably the first time in his seven years, Google could really see. And the world could see how enchanting his eyes were, too. A few days later, he had a dental procedure to remove his teeth and provide him more comfort for the stomatitis he had been struggling with since his arrival.

This fighter is now cleared of his health issues, except he is still partially visually impaired – but he doesn’t let that slow him down. He generally has a pretty mellow demeanor, except when he’s feeling feisty!

After all he’s been through, the only thing Google needs now is a loving forever home… could it be with you? 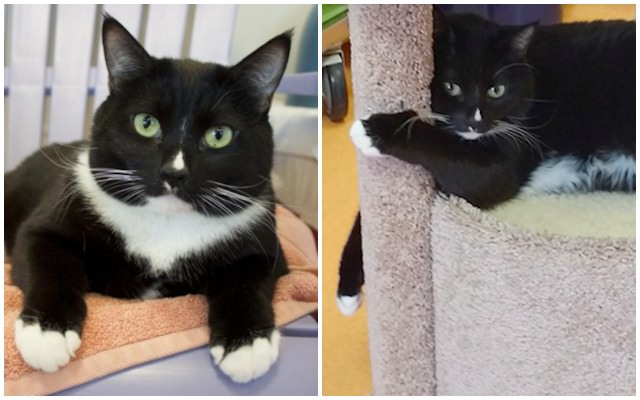 Surrendered For Getting “Overstimulated,” This Senior Cat Just Wants A Family 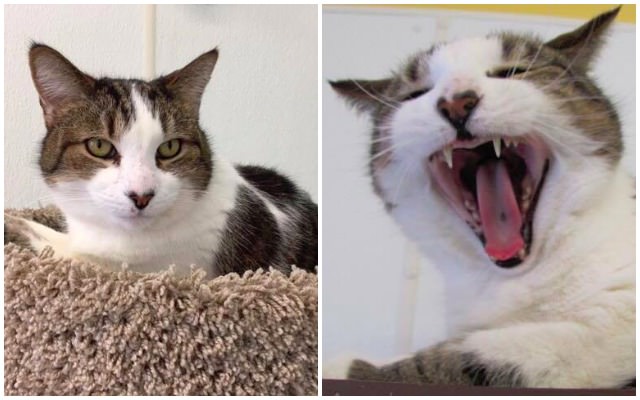 Senior Cat Who Was “Down In The Dumps” After Second Surrender Gets Adopted!