Tabby cats are one of the most classic looking cats, probably because they’re so common. Although they might seem generic to some people, tabby cat owners know that every kitty has something special to offer. Interested in learning more about these awesome felines? Check out these fun facts!

1. Tabby cats have four unique pattern types. These include: mackerel, blotched, striped and ticked. Each of these patterns looks different, but the blotched pattern is the most commonly occurring. Blotched tabbies are also called “classic” or “marbled” tabbies. 2. Tabby cats were named after a striped silk made in Baghdad. The cats were compared to the silk, giving them the name “tabby.” Although the exact word origin varies, there are several possibilities. The silk comes from the Attabiy district in Baghdad and the 14th century Middle French term for it was “atabis,” that soon turned to “tabis.” This, of course, translated into our English word, “tabby.”

3. Tabby patterns are likely common because they are the best suited for the wild. These patterns assist in camouflage when cats are hiding in tall grass or brush hunting for prey. Tigers and leopards both have tabby patterns. 4. Tabby cats can come in any coat color. The most common are black-based coats, but there are variations in the pigment, giving us black tabbies, grey tabbies and orange tabbies.

5. Not all tabby cats have solid tabby patterns. Many tabbies are piebald, or spotted cats, that have tabby spots against their white coats.

6. Tabby cats are not a breed themselves. However, the pattern can show up in various recognized breeds such as Maine Coons, Abyssinians, Bengals, British and American Shorthairs and many more.

7. There are several religious stories about how tabby cats got the “M” on their foreheads. Each story is essentially the same, varying slightly dependent on the faith. In the Christian story, a tabby cat came to comfort and warm up a shivering baby Jesus. Mary, in gratitude, marked the cat with an “M” so they would be remembered for their duty. In the Islamic world, a tabby cat named Muezza once saved his master’s life by killing a snake that had crawled into Mohammed’s sleeve. From then on, all tabbies were remembered with an “M”. 8. But the scientific reason for the “M” is that it’s genetic. The pattern of your cat’s stripes is defined on his genes and begins to express long before the actual hair develops. Much like leopards, jaguars, and tigers have defined stripe or spot patterns, your cat appears the way he appears because it is written on his DNA and his M is a standard part of his tabby pattern. (Read more about the tabby cat “M” here.)

Tabby cats certainly have a unique history and should be appreciated for their special patterns and personalities. Like all cats, each tabby is different and has it’s own exclusive physical and mental characteristics. If you’re not familiar with any tabby cats, we urge you to go meet some! 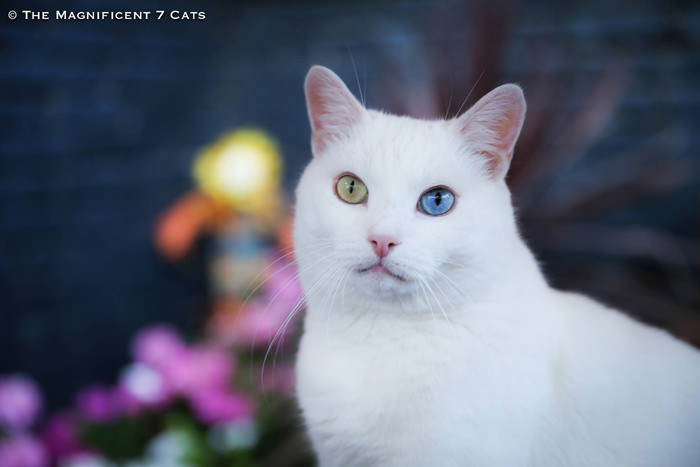